I suppose by now you all know the man. Top Lad he is. Elon Musk.

At 12, when everyone else was busy trying alcohol or cigarettes for the first time, or bullying him, he bought his first Commodore V20, taught himself computer programming and I'm fairly sure most people wouldn't believe in him. I bet most people told him "What the hell are you doing?"

He then moved to Canada, just before turning 18, and started studying. He later moved to America and in 1995, when everybody else was busy doing drugs or playing Nintendo or whatever, Elon started Zip2.

And again I'm sure most people would say to him "What the hell is this thing? The internet? Come on. Get a proper job."

Right. The company developed and marketed an Internet "city guide" for the newspaper publishing industry and in 1999, was sold to Compaq. Elon received around $22 million from the sale.

He was 28. Most guys at 28 with 22 million dollars in their pocket would go bonkers. Stop working, stop worrying. Get busy doing absolutely nothing. Enjoy money. And again, I'm sure most people told him "Come on, man, you're rich. Just spend money and to hell with the rest.".

I think you can see where this is going.

I'm sorry if I went on and on about Mr Musk, but Bitcoin is now in the same position the Internet and PayPal and Facebook were. When I tell my friends, "Yeah, you know. I'm trying to see if I can do anything with Bitcoin. See if I can invest some money in it. See where that takes him."

People say I'm crazy. They said the same about Elon. 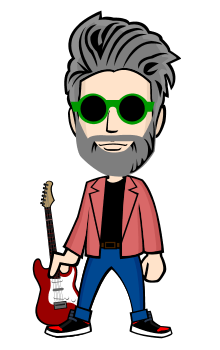 Earn some satoshi with easy way for daily bonus

Bitcoins - A new age of currency

In old times people did trade and business through "things for things" formula. Later on people star…

After 2 year brake from bitlander