The Film Annex was started in 2006 by Italian entrepreneur Francesco Rulli with the aims of providing film makers a site to promote their work and help fund their projects with a shared advertising model. This model would soon inspire Mahboob and Forough in 2012 when they founded the Women’s Annex to promote online and digital literacy for women and children in their area of Central Asia.

It would be later that they would incorporate Bitcoin as their method of paying users because it would be able to provide a safe, quick and global way to send funds to users around the world.

Social media that pays… but how? Now that I’ve gotten the basics out of the way, let’s review the site.

You can use BitLanders similarly to how you use Facebook, WordPress, Twitter and Tumblr making the site versatile and easy to use. There is a slight hitch – in order to keep the site fruitful to positive social media and creative content, the BitLanders team monitors what is posted so that it doesn’t land the site in hot water; It’s a good thing and a bad thing. Ultimately, because you have access to other social networking sites, BitLanders itself provides a unique experience aimed at the content creator.

The site is slow, however. With more and more users joining, the site gets bogged down with requests and many times keeping the site from loading. The BitLanders team is working hard to address this issue, but being a centralized organization over the content being shared, it’s not always that easy.

BitLanders has its own unique experience. Instead of a profile picture, you have an avatar that you can edit to reflect you physically, metaphorically, or in any way you want. Personally, I like that more than having to judge someone on profile picture alone. It removes the personal face from your content and makes the site much more content-based.

Unlike Facebook, you’re not going to see a lot of angry political banter or inflammatory. Unlike Tumblr, you’re not going to see sexually explicit content. The closest platform I would compare it to is Twitter, given that BitLanders allows you post  in 160 characters ‘microblogs,’ however you can post full blog posts which emulate Tumblr’s format. You can also post ‘Galleries’ which remind me of Facebook’s albums and you can upload your films which is pretty straight forward. There is a vibrant community of content creators here and they post a lot of great work – from stop-motion animation to updates on feature films; from experimental photography to personal thoughts. There is a lot to find and what’s even better is that they’re very diverse. It’s easy to find film makers and photographers, graphic designers and animators and many more from all areas of the world. I personally enjoy the videographers who show me artifacts and landmarks in countries I may never visit.

However, because BitLanders has the appeal of paying Bitcoin as according to their buzz score, it has attracted a lot of people who just want the money, so they keep asking for unwarranted engagement to falsely push up their buzzscore. This tends to create a lot of clutter, but the BitLanders team is trying to comb through their users and find out which are just fake, empty accounts that don’t create any good content or post content that is not their own.

If you choose who you subscribe to and you keep focused on content, you should have no problem in finding a great community to share with. After about a month, I’ve accrued almost $35 in Bitcoin. Personally, I don’t see my experience with BitLanders as primarily a way to get money, but it is a great bonus. If you regularly post, it’s not uncommon to reach a medium buzzscore of 50, in which you’ll be paid about $1 a day in Bitcoin at that current trade value. Your revenue is paid in denominations of bitcoin, so when bitcoin rises in value, so too will your account’s revenue, but also will follow suit when bitcoin drops in value.

At the moment, the BitLanders team has implemented a bonus system, where you’ll get +1 to your BuzzScore for every person who subscribes to you in that day, with a maximum of +10 for the day. You can get additional bonuses if you invite others to BitLanders.

Here’s the rub, you have two options with your revenue: Either you can use your bitcoins in their on-site store to purchase a wide variety of gift cards from Amazon to Skype, or you must wait 75 days and have a balance of over .2 BTC in order to withdraw your bitcoins to an external wallet.

Here’s an even bigger rub for US members – in order to stay away from any legal ground area, BitLanders require that before withdrawing Bitcoin, you submit your social security number or tax ID number as well as a mailing address. While I have seen a number of accounts located in the US, it just goes to show you how overbearing US regulation have become in their staunch stance against ‘money laundering’ and ‘trafficking.’

Once again, I wouldn’t focus social media on money alone. I enjoy BitLanders because I get to post my work, engage an international audience, and pick up a few bucks here and there, without thoseuseless ‘get free bitcoin’ sites. 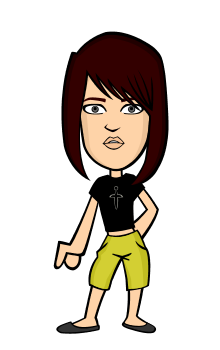