Filipinos are known for their skills and talents in acting and singing.  This time around ABS-CBN (Kapamilya), one of the biggest TV networks in the country, is giving a chance and paving the way for another talent - dancing.  Not only that, but they are starting them young, allowing Filipinos kids to showcase their talents in krumping, hip-hop and every kind of dance out there.  ABS-CBN (Kapamilya) is taking the street dancing to the stage and national TV.

Dance Kids is the first ever Philippine dance reality talent show.  This is the most recent Philippine TV show that ABS-CBN (Kapamilya) added to their TV programs.  The show first aired last November 14, 2015.  You can watch Dance Kids on ABS-CBN (Kapamilya) on local time every 6:15 pm Saturday and 6:00 pm Sunday.  There will be 60 acts who will perform divided into two groups and lead by two dance celebrities. 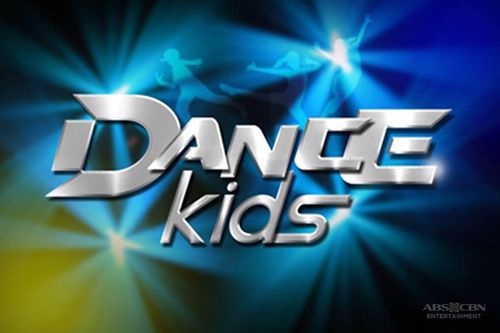 Here is how the show goes.

Kids ages 4-12 will have to dance their way to impress the judges.  This first episode called the "Try Outs" the auditionees can perform in acts of solo, duo or group.  They have to make an impression to the three judges in front of them at the end of their performance.

Each judge has their own stomp pad that they should press if they like the act or not.  The performers should have three "Stomps" to get through the next round.  If the act/s did not get all three stomps but had one or two stomps, the judge/s who stomped on the stomp pad should convince their fellow judge/s who did not stomp on the stomp pad why the act should get through to the next round.  However, if the judge/s can't convince the fellow judge/s, then it is the end for the performer/s.

The judges should only have 32 unanimous votes, meaning all three should agree on sending 32 acts to the next level.

For four weeks, the kids who made it through to the "Try Outs" will battle their way to the top.  The 32 acts will cut into half then into half and so on until only two acts will be left to prove their dancing skills and be named champion.  The winner will be chosen through public voting.

Robi Domingo has proven his skills in hosting time and again.  He was first seen in Pinoy Big Brother as one of the housemates in 2007.  Because of his wit and charm in hosting, he was asked to return to the show not as a housemate but as a host.

His first major hosting was for the show "Shout Out."  He has had mini stints and major stints since then.  He also hosted The Voice Philippines.  He is one of the sough  out hosts of his generation.

This time around, he is going to deliver in hosting a dance reality talent show - Dance Kids.

Alex Gonzaga is a versatile actress and also multi-talented celebrity.  However, she is more known to be good in making us laugh and delivering funny impromptu spiels.  She appeared in the teen show "Let's Go" and as Diane in the Filipino-adaptation of the the Korean series "Pure Love."

She never failed to lighten up the show with her comic in The Voice Kids Philippines.

With Robi Domingo's wit and charm on her side, they surely are a duo who will bring more entertainment to the show.  Robi and Alex are two of the most bankable hosts this generation.

The show has three judges called the Dance Masters.  Each of these judges has made a reputation of their own in the field of dancing.  These judges are talented and have a long list of credentials to make them the right judges for the show.

In Philippine entertainment, Dance Master Vhong Navarro is dubbed as "Hari ng Dance Floor" or King of the Dance Floor.  He was known as one of the dancers of "Streetboys" in the 1990s although not as a frontman.  The group made famous dances like "The Sign", "Ragga Muffin Girl,"  "Tootsie Roll," etc.  It was in his portrayal of "Red" in the Streetboys' movie "Spirits" did the masses loved him more.  That was his big break.

He then went solo and recorded hits like "Totoy Bibo," "Don Romantiko," etc.  He also starred in Philippine films like "Mr. Suave," "Gagambaboy," and Philippine TV shows like "Lastikman" and "Toda Max."

Dance Master Andy Alviz earned the title "The Dance Expert" for nothing.  Before becoming the dance master, he studied at UST Medicine.  He also belonged in a dance troupe.  However, he left and pursued his calling in dancing.

He then went on to study acting, theater and dancing in other countries like New York, Japan, London, etc.  He studies in various forms and disciplines of dancing and acting.  He earned his role as the head choreographer for "Miss Saigon Asia."  He was also one of the choreographers of ASAP.  He went on to choreograph other celebrities in the entertainment industry.

He is also currently the choreographer for the dance group that he put up himself - The Whiplash.

(Choreographer of the Stars)

Dance Master Georcelle Dapat-Sy or simply Teacher Georcelle is lead choreographer for the Philippine Sunday noontime show ASAP.  She is also the dance instructor for the show Your Face Sounds Familiar, another Filipinized ABS-CBN TV show.

She studies various kinds of dances since the age of 10.  By 14 years old, she is already a professional dancer.  She now has her own dance group called the G-Force.  The group started out as an all-female cast but then decided to welcome male dancers as the years went by.

Her group has now other subgroups and has their own dance studio. 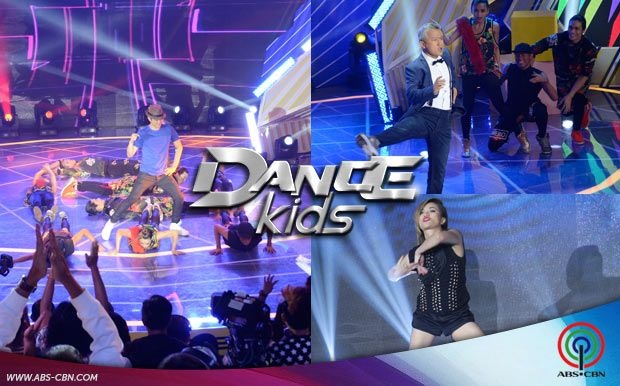 Watch as the Dance Masters prove their skills in dancing in this opening number for the show.  They opened the show with their trademark moves.  Aside from that, they also paid tribute to Filipino street games like "piko," "sipa," "patintero," etc.

The Stars of Dance Kids

Below are videos of some of the dance performers of Dance Kids.  Watch as these kids break it out, pumped it out, gyrate, twist and turn, and just let it loose to dance their way to triumph.  These kids show their talent in dancing, bringing their grooves and moves to the show.

Watch also how the hosts, Robi and Alex, bring fun to this first ever Philippine dance reality talent show.

Pretty Boy from Illinois, Nate Porcalla, earned him three Stomps from the judges.

KC Duo, Kyrstal and Carl, from Pampanga won the Stomps of the three judges.

Adorable Sean Bermudez's moves and cuteness made the audience go wild and won Stomps from the judges.  Watch him dance with Michael Jackson and other popular hits like Wiggle, Whip/Nae Nae, etc.

These Aloha Girls stepped it up with their Hawaiian dance moves earning them three beautiful Stomps that took so long to come, almost giving heart attack to their teacher due to excitement, Karen, who was one of the performers of Metamorphosis, a group who joined another TV show, Pilipinas Got Talent.

Image credits: Glass of blood by frolicsomepl via Canva.com This is a series I hadn't considered at …

Why I Believe Alex Gonzaga is Philippines' Next YouTube Sensation?

Last night, while I was about to sleep, my husband James had his YouTube playing on our television. …

Are you a fan of fantasy shows? Do you know about this classic American TV show? If you're not a fan…

Best Ever dance I have seen on the Internet