BLOG #242: Conversaty: A Place to Watch Discussions and Interviews

Watching interviews gives you a better insight.  What I love about interviews is that it helps you better understand why people do what they do.  You also get to know a certain person a little better.  Conversaty is an intelligent platform wherein you get to see famous actors, directors, athletes, businessmen and women, scientists and other well-known personalities discuss about certain issues or ideas.  I say intelligent because you get to pick a little of their brain.  These conversation with famous people will help you appreciate more about what they do and who they are.

Eli Roth and The Green Inferno

Eli Roth is known for films that involves gore and liters and liters of blood.  In his interview, he talked about how he came up with the idea for the movie The Green Inferno.  It is not a "criticism" but rather a "comment on society" on how people loves getting involved and thinks that being active in social media is enough to impact the society.  There is a big difference between the social media and going out there and experience the situation, the issues being discussed and be involved and immerse yourself and be more relevant.  Tweeting, liking and sharing posts and videos or links, discussing things online is not enough.  People only want to look good online by being involved in a lot of causes but their involvement stops there.  Offline, they are not really that involved in any cause at all.

Eli Roth also talked about how he loves working with indigenous people or the locals.  He said that these are great actors.  They act naturally without paying much attention to the camera.  That way they are more believable.

The Green Inferno was supposed to be released on September 2014.  However, due to financial constraints with the production company, they movie was released a year later.  This film took inspiration from cannibal movies like Cannibal Holocaust and other films from the 1970s and 1980s.  The Green Inferno stars Lorenza Izzo, Ariel Levy, Sky Ferreira and Daryl Sabara.

Other films of Eli Roth includes Hostel 1 & 2, Cabin Fever, Thanksgiving, Knock Knock, etc.  He also appeared in some of those films.  Other appearances include Inglorious Basterds, Piranha 3D, Scream 4, Rock of Ages, etc.

The Boxtrolls:  A LAIKA Collaboration

Two heads are better than one.

It is not common to see people come together to make movies. Great producers and directors can be seen doing one project together.  In this interview with Anthony Stacchi and Graham Annable, they talked about their collaboration in making the film The Boxtrolls.

Anthony Stacchi is an effects animator, story board artist, and a film director.  His works include Open Season, The Rocketeer, Antz, Ghost, Hook, Back to the Future, etc.  He finished his BFA in Film at California Institute of the Arts in 1986.  Open Season was his first work in directing as a co-director.

He worked as a commercial director for Colossal Pictures, Head of  Story at PDI/DreamWorks, and other notable works before joining LAIKA Entertainment, LLC in 2007. 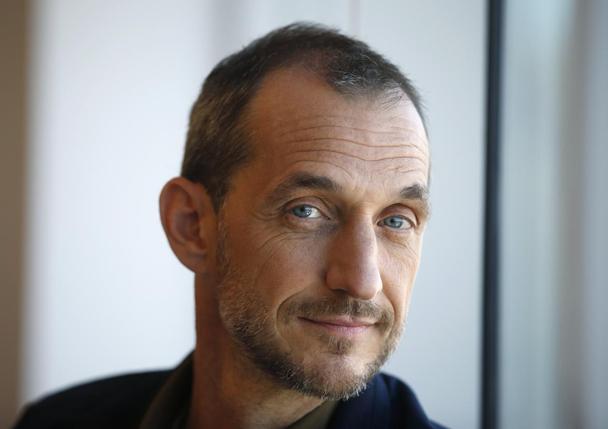 Graham Annable is an animator and cartoonist who had worked with television, film, comic book and video games.  He was born in Canada and graduated from Sheridan College.  He worked at LucasArts and did illustration works and cartoon works for Chuck Jones, Nickelodeon, and Walt Disney Productions before ending up at LAIKA Entertainment, LLC and worked as a story artist for the film Coraline.

Entrepreneurs, Animators, Nobel Prize winners, and others in Conversaty

In Conversaty, you can also view an interview with Jeremy Allaire.  He is a businessman and a technologist who put up Circle, a digital-based finance company that helps digital currency such as bitcoin accessible to consumers.  He also founded and co-founded other business ventures.
Watch his interview here

Watch Yellow Sticky Notes below:
Watch Jeff Chiba Stearns' tutorial on how to create a sticky note animation.
Nobel Prize winners can also be found in Conversaty.  Robert Lefkowitz, Joseph Goldstein and Michael Brown were some of the big names in the field of science.  They were awarded Nobel Prize in 1985 for their discovery of the LDL receptor and its function in regulating metabolism of cholesterol in our body.
Watch that short interview here.  Below is the longer version of that interview.
They talked about how they started in the world of science, their inspirations in science, and many more.

AFGAF or Afghan  Girls Financial Assistance Fund is an organization established in 2008 which aims to help Afghan girls have college education in the US.  In this video, you can watch interviews to students and and members in one of their schools.

"I am wonderfully blessed and so are you."
You will be hearing those lines in almost all his interviews.
I am sure many of you have already come across manny-the-movie-guy here in bitlanders.  He is that guy who interviews Hollywood stars, directors and other celebrities.  He also reviews movies and rates them.  He is fun and a funny interviewer.  You can see in his interviews that the celebrities he interviews like him and enjoys talking to him.  No wonder he is a multi-Emmy awarded film critic.