This is a delayed review of some sort of things that happened in the year 2015.  Lots of lost and lots of success.  It was a rollercoaster ride of events and emotions, laughter and cheer, sadness and heartbreaks, but through it all, God is bigger than anything for we have made it.  We have accomplished.  We have become.  We prevailed through the grace and blessings of God.

The Year of the Sheep

Let's see if the Chinese prediction came true for you.  Below are the lucky signs and what-have-yous.  Were you lucky last year?

There are other things that "sheep, goat or ram" people should avoid.  If you are, then review below if your relationship went well or not.

The statement above was reportedly quipped by 2015 Miss Universe Pia Alonzo Wurtzbach in regard to what happened during the coronation night.

The Miss Universe 2015 pageant still tops the list for the year 2015 because it was very recent and it was an awful mistake on the host's part during the coronation night.  Steve Harvey, the host of the pageant, incredibly mistakenly announced the wrong winner.

A lot of fans and netizens were dismayed about what happened when Steve Harvey announced Miss Colombia as the winner instead of Miss Philippines.  For a few minutes, Miss Colombia Ariadna Gutierrez reigned as Miss Universe.   Steve Harvey then came back on stage and corrected the error and announced Miss Philippines Pia Alonzo Wurtzbach as the winner, the true Miss Universe 2015. 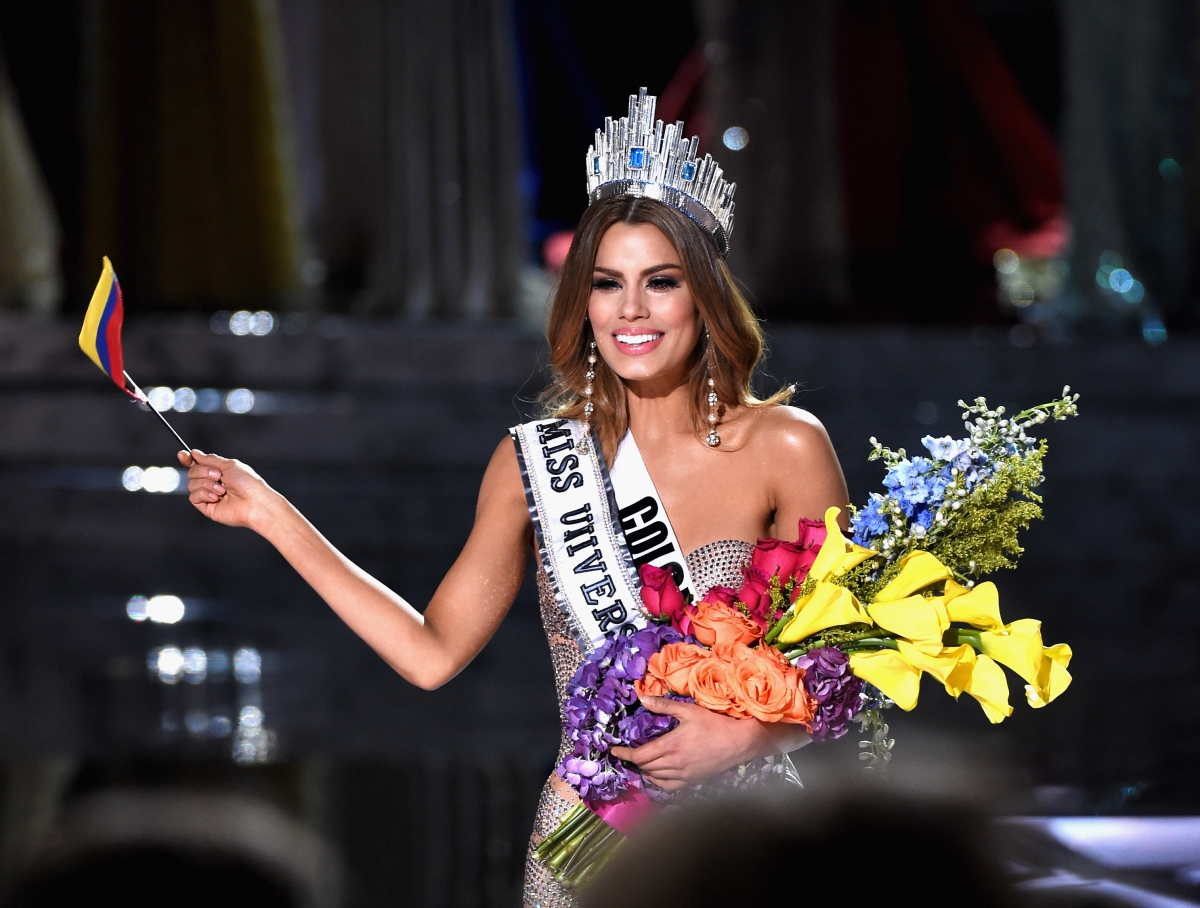 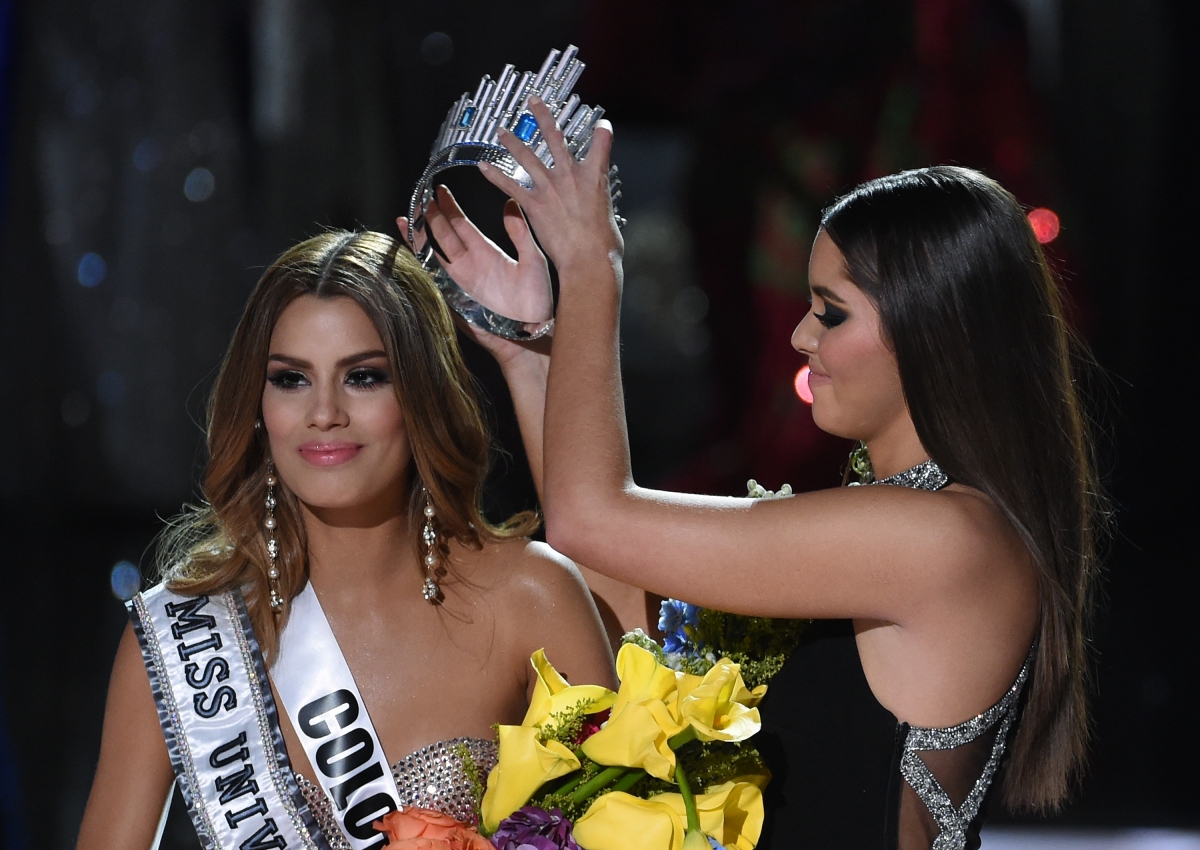 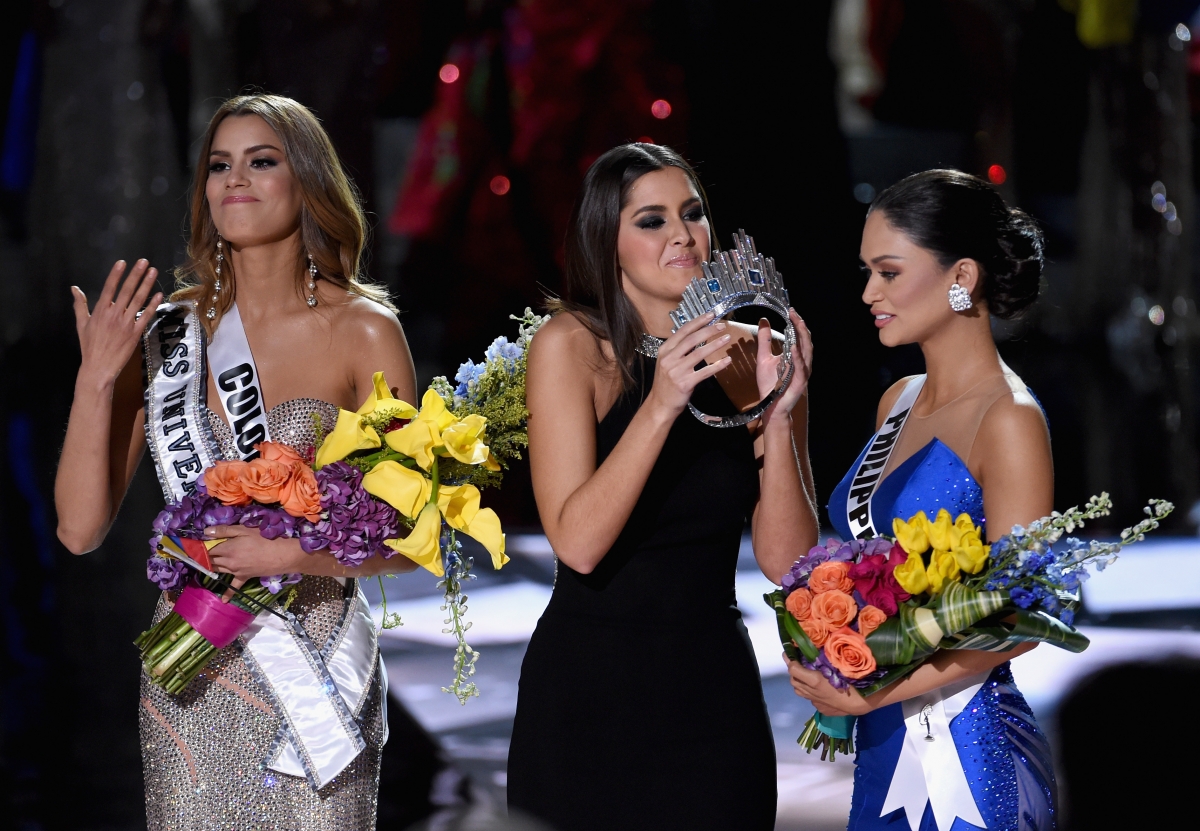 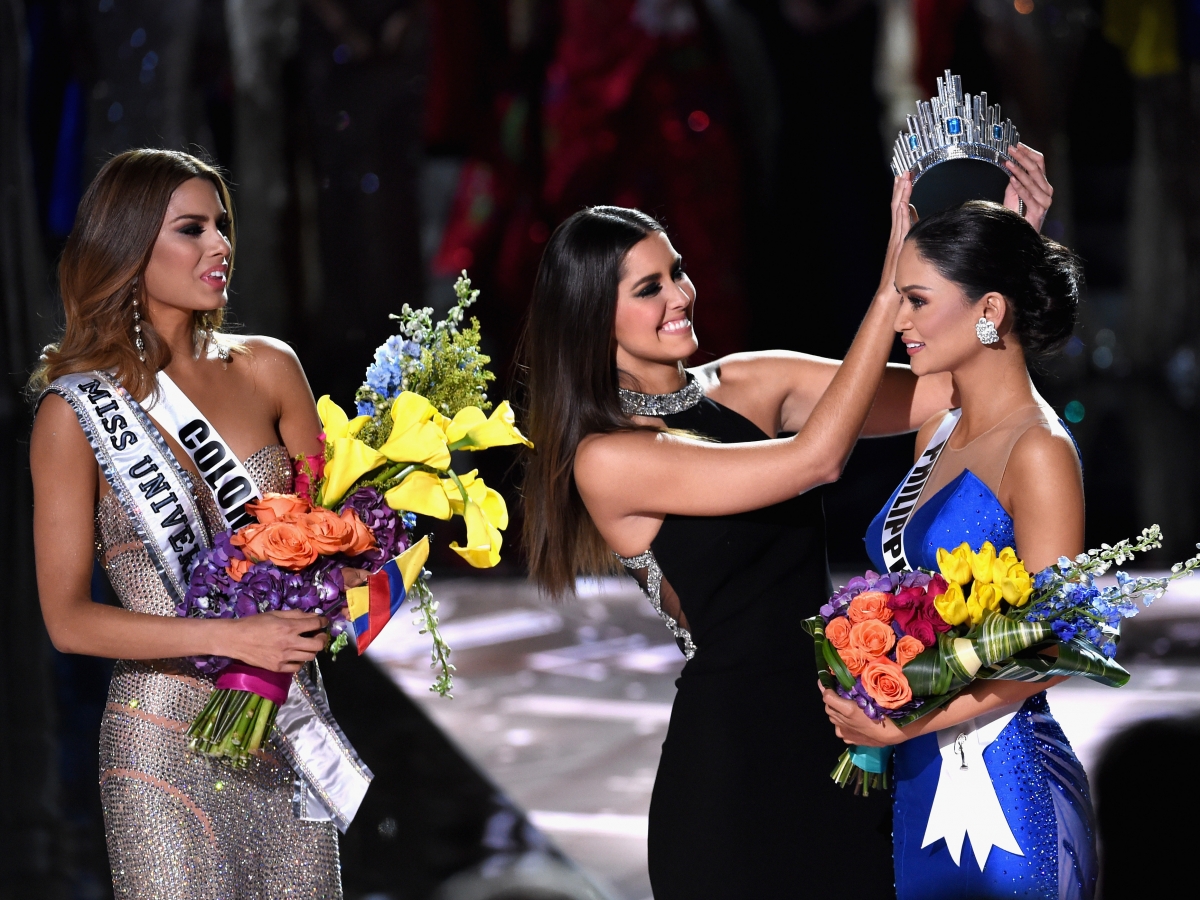 You can imagine how awkward and awful the situation was at that time.  It is understandable how upset and frustrated the people were.  Miss Universe Pia Wurtzbach could not believe it.  In fact, she was still wary and anxious that they will get her crown back, waiting for another Steve Harvey stunt.  Not only when she was back in her apartment that she had a crying crowning moment, realizing the crown is truly hers and she is the winner.

Miss Gloria Diaz won the Miss Universe crown in 1969 at age of 18.  She was the first Filipina and the third Asian to win the crown.  Miss Margie Moran won the second crown for the Philippines in 1972 at the age of 19, four years after Gloria Diaz.  Miss Pia Alonzo Wurtzbach ended the "drought" after 42 years.  She was 26.

For you who were living in Mars or living under the rock or wherever you were living at that time and did not get the news, here's a clip for you about Steve Harvey's blunder in announcing the winner  of the 2015 Miss Universe.

Steve Harvey made a big mistake but he also created a name for himself.  He may not be well known to anyone, but now he has made a name to himself to the world, the universe rather.  A lot of netizens bashed him and kept bashing him because of that stunt he pulled.

The winner was on the card and on the teleprompter but for whatever reason, Steve Harvey still announced the wrong winner.

2015 is the year for Filipinas to reign.

Miss Globe 2015 Ann Lorraine Colis was the first Filipina to win the title.  This was the first time that the Philippines sent a representative for Miss Globe.  The pageant was held in Toronto, Canada, on October 8.

APEC or Asia-Pacific Economic Cooperation is a meeting or forum of the countries throughout the Pacific Rim.  There are 21 countries in all.  This forum promotes free trade in the Asia-Pacific region.  This was established in 1989.

Summits were held in each of these Asia-Pacific regions.  The host country is selected every year and it is held in a different country each year.  After two decades, the Philippines was once again the designated host for the APEC Summit with the theme "BUILDING INCLUSIVE ECONOMIES, BUILDING A BETTER WORLD."  Read more about the discussion of the APEC's theme here or click on the theme.  The first forum held in the Philippines was back in 1996.

You can also read here how they came up with the APEC logo and what each color represents.  The colored triangles represent the members of APEC.  The circle represents global economic growth and sustainability.

As was the tradition, the leaders attending the summit will wear the national costume of the said host.  Philippine's national costume for men is the Barong Tagalog.  This can be worn as a formal attire but can also be used as uniforms especially for officials.  Now, it has been feminized and can also be worn by women.

Barong Tagalog can be made of piña fabric or pineapple fabric.  There are less makers of this making it the most expensive variant.  Other variant can be made of jusi fabric or banana fabric.

Read more about Barong Tagalog here or click on the picture above. 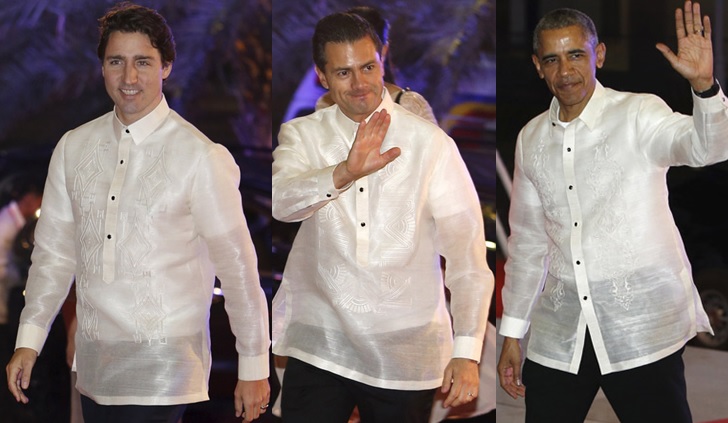 Paul Cabral with his designed Barong Tagalog shirts for the APEC Summit 2015.

Read more about that news here or click the photo above.

Read also this related blog that I have written regarding Kenneth Cobonpue and how he designed the APEC Summit 2015 token, lighting and dining area, worthy for world leaders.

"Hello...It's Me:" Comebacks and Chart Toppers

I am sure everyone is familiar by now of this statement:  Hello, it's me.  Watch the video above to enlighten your mind.

This is a great comeback for Adele.  That video went viral upon it's first release making it the most viewed, shared, liked, downloaded song of the 2015.  As of this writing, it already has 900,044,192 views and counting. 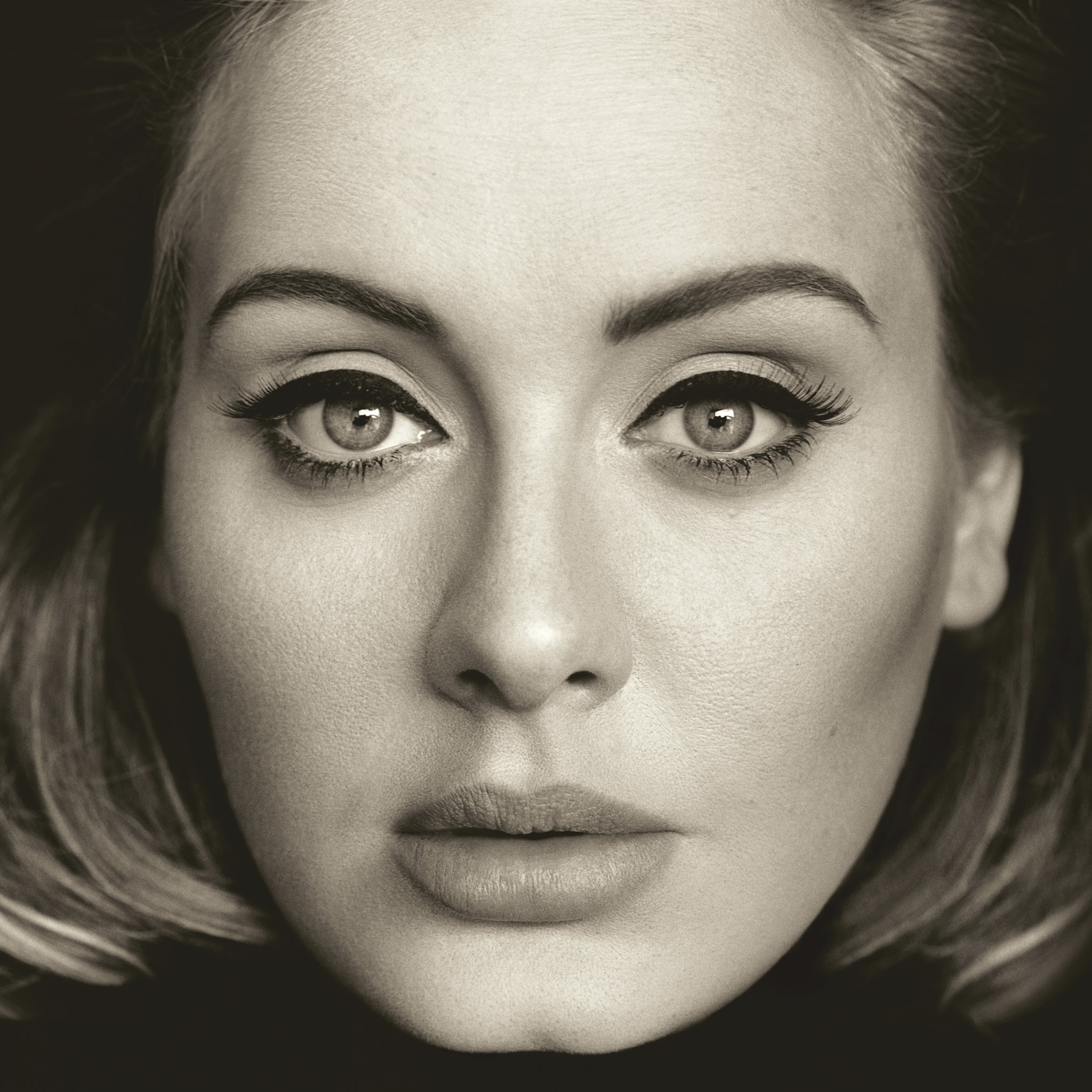 After four years of break from music, "25" is Adele's comeback album and what a comeback it was.  This is her third album and it is already the biggest-selling album for 2015.  What's incredible is that it was just released in November 2015 and on top of that, there is no streaming for this video.

Watch Hello's teaser that made every fan excited about.

Adele decided to release this as her carrier single just to "test the waters" and say hello to all the people out there especially to her fans.  She wants to know if people still warms up to her and remembers her.  She does not need a test.  People still love Adele.  There will always be one Adele.

Other songs include When We Were Young, Water Under the Bridge, Million Years Ago, et al.

Other chart topping hits for 2015 include:

Watch the Pop Danthology mash-up of Daniel Kim for 2015.

War at the Movies

Star Wars definitely made it this year.  It's a great movie to end this year.  It is the top-grossing film of the year.  If you haven't watched it yet, you better see it now.

Below is a compilation of the best-reviewed movies of 2015.  Are your favorite movies made the list?  Do you agree with the reviews?

The movies included in that video are:

Angie Han lists her Top 10 movies of 2015 in this site.  She just made mention of notable movies like Star Wars, Steve Jobs, Jupiter Ascending, etc. just to get it out of the way.  Her list includes:

I haven't watched some of the movies mentioned in those lists above.  Which of these movies have you watched?  Do you have your own top movies for this year 2015?  Have you seen these movies?

Time Magazine lists Top 10 Apps 2015.  Most of the list was about photosharing/editing.  HBO Now tops the list.