Attachment of soul to dead bodies in their graves are the ones who are confounded and go astray from His path. In serious discussions no importance can be attached to such persons, and no notice ought to be taken of them. Death of the body does not cause the death of the soul, because the latter does not subsist in body. Rather the attachment of soul to body (during its lifetime) is astonishing indeed, for the soul is not in the body, just as accidents are not in a substance. The soul is not an accident. It is a self-subsisting substance which recognizes its Creator and His attributes through itself and its attributes unaided by senses, for the things it knows are not felt. To call it an intelligence means that it is a non-material body. Every such being is an intelligence, i.e. it has self-knowledge and self-consciousness, and knows what is other than itself. It is so decreed that all the  know all the intelligibles, without a single exception, because they also are pure intelligences not-in-matter. Man during his lifetime is capable of complete detachment from worldly desires. The soul abstains from carnal desires, turns away from the world and betakes itself to the struggle for the attainment of piety. If these conditions are satisfied, then, while it is yet in the world, its connection with worldly things is cut off, whereas the connection with things of the Hereafter grows stronger. In his initial stages, the mystic, by constantly remembering God and concentrating on the perfect, eternal and absolute reality, loses even his self-consciousness. He gets empty of feelings - and even of ideas. He even ignores himself, as being now inside the Divine Presence and living together with it and having communication with it. His physical being continues, but his individuality has departed, though for his fellow-men he still has his physical body and appearance. This is a type of ecstatic state, of contemplation, inspiration and illumination, which is most glorious attainment and very wear the goal of life - a state of concentration, at unification, of liberation, of discovery, of heightened and intensified powers and withal a burst of joy, of rapture and of radiance. lt is a point within ourselves, which, as 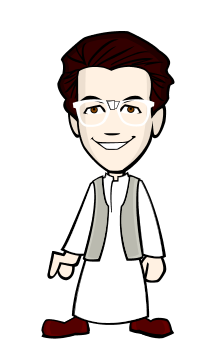