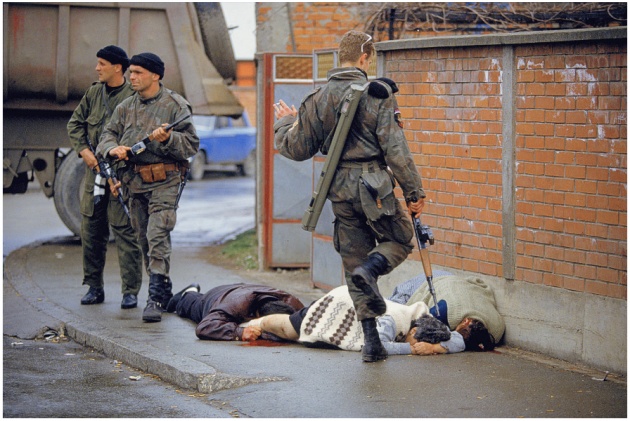 When President Izetbegovic and Dr. Haris Silajdzic came to New York in February 1992, things had dramatically changed in thinking and course from their visit to Washington only 6 months earlier. The path toward referendum and independence was the only roadmap in discussion, but it appeared as the only way open.

During our discussions in Washington in the late summer of 1991 with US Senators/Congressman, in the White House and the World Bank the sentiment and view was that Yugoslavia somehow could be held together even as a looser confederation. (Dr. Nedzib Sacirbey had set up many of the meeting as Bosnia & Herzegovina’s unofficial representative but the Yugoslav embassy in Washington had also provided logistical support – perhaps indicating the probability of still a joint future.) The conversation with the Dutch Managing Director at the World Bank Evelyn Herfkens particularly was memorable. Even after the brutal ongoing war in Croatia and the de-facto victory of Slovenia in repelling JNA (Yugoslav National Army) forces, Ms. Herfkens looking at the situation from the perspective of representing all the Yugoslav Republics in the Bank saw disintegration as economically disadvantageous. President Izetbegovic was also resolute in clinging to Yugoslav unity if for no other reason than that dissolution seemingly posed even greater risks/disadvantages.

However, by February of 1992, the view of the end of Yugoslavia seemed to have rapidly come into range and perhaps focus. Vukovar had fallen and the massacre turned another page or perhaps returned it back to half a century earlier. The referendum was the route advocated openly by Cyrus Vance during our meeting in New York, even if a Serb boycott threat persisted. Then UN Secretary General Boutros Boutros Ghali was perhaps just a bit less enthusiastic but offered no opposition or alternative to referendum and independence.

Protocol had also been altered. As a matter of courtesy, I had informed then Yugoslav Ambassador Darko Silovic of President Izetbegovic’s and FM Silajdzic’s schedule. Silovic (an ethnic Croat married to a Serb also employed at the UN) was visibly torn by the prospects of Yugoslavia’s break-up. He attended the meetings at the UN, but largely seemed to be either operating without instructions or perhaps ignoring them – he would soon after Bosnia & Herzegovina’s, Croatia’s and Slovenia’s admission to the UN in 1992 leave his post.

President Izetbegovic and Dr. Silajdzic had asked me to become BiH’s unofficial representative in NYC and the UN. It was not an appointment, but having someone who could both listen and if necessary advocate in BiH’s interest. There were not many Bosnians/Herzegovinians at that time living in the US and even fewer who had a background in law as well as finance and who spoke English as a native (even if my Bosnian was more archaic and not certainly perfect). I made my way through several meetings with Ambassadors, from France to Japan, representing UN member states both in order to present BiH’s perspective on events and to lay the groundwork for a future admission to the UN family. It was not an anti-Yugoslav perspective but one projected a different phase and perhaps following now on the Soviet precedent.

In meeting with members of the various Diaspora of the former Yugoslavia, I was impressed by how Croats, Slovenes, Albanians, Magyrs and even Macedonians were enthusiastic regarding the challenge of independence. (The Croatian Diaspora was particularly active and sought out Bosniak support). Bosniaks were either more skeptical or less enthusiastic. Those from cosmopolitan areas were both less concerned of potential conflict and more nostalgic regarding the demise of Yugoslavia. The rural people seemed to see the storm and brutality much more on the horizons.

The photos of Serbian paramilitary under the control of Arkan executing civilians (including two older Bosnian Muslim women) on the streets of a small eastern Bosnian town (Bijeljina-March 31, 1992 – Above Photos) appeared on the cover of Newsweek in early April. Until then I was too far away from events to be able to make a judgment of how likely war was. The precedent of Vukovar should have been a wake up for all in Bosnia, but Bosnia & Herzegovina had probably the greatest number of citizens who still believed in the Yugoslav ideal. These systematic murders though brought me to a reference point of the genocides and killings of World War II and previous pogroms when Bosniaks (Bosnian Muslims) had been extensively targeted. It seemed that while in most of the rest of a newly freed Europe over the last couple of years time had moved forward rapidly and freedom was being embraced as opportunity. In Yugoslavia though, some were anxious to hold onto the privileges of past by appealing to old demons and stereotypes.

---This is the first in series of short articles covering the period to Bosnia & Herzegovina’s admission to the United Nations on May 22, 1992.

i wOre thiSs yeSterdAy , But I'm gOing tO a different PlaCe sO it dOesn't matter...