BULLYING: THE FACE OF THE MODERN EDUCATIONAL INSTITUTIONS

“Bullying builds character like nuclear waste creates superheroes. It's a rare occurrence and often does much more damage than endowment.” (Van, Zack W.) Since the dawn of the twenty-first century period, bullying has been regarded as a major epidemic disease witnessed among different educational institutions not merely in the Philippines but worldwide as United Nations and other international concerns mainly concentrate to the wide range and complexity of such problem at hand in regard to matters of educational issues. Bullying has been characterized by an aggressive behavior that poses power imbalance against a socially dominated individual to an opposing individual or group of individuals through physical dominance, verbal assault, social criticism and cyber oppression leading to depression, low self-esteem and feelings of loneliness and isolation. Dominance and power had been a common figure perceived by the contemporary society to institutions as fraternities and other brotherhoods became more popular and prevalent. Also, concerns in discrimination among students are greatly seen affecting reputations and relationships on an individual to the society. With the wide utilization of social media, the possibilities of one assaulting someone socially can now be multiplied exponentially. Bullying resembles a wide range of possible consequences affecting the personality, state of mind and social relations of the students involved.

Young students often regard fraternities and other brotherhood as their model assuming its popularity is mark by a good cause. Thus through culture, students follow sorority means specifically its brutal ways of competitions creating chains of influence to students. Others like to exercise power to attain their earthly desire either through material object or personal appeals. This may be characterized by an act of physical cruelty like but not limited to hitting, kicking, pinching, spitting, tripping, pushing, taking or breaking someone’s things and making mean or rude hand gestures. The physical dominance of bullies, mostly seen in secondary levels, often pertains to individuals attempting to fit in with their peers while other students who had not fit in stand out more as victims which in most cases is being targeted repeatedly. Bullies are usually stronger by physical means than their victims and do have peers condoning their behavior. This students exercising power may find trouble with self control and at risk with problems in later life such as criminal behavior, failure in relationships or career. Likewise, bullying poses serious outcome for any victim, leading to low self esteem, depression, low school performance, and even violent behavior. Such lead to no benefit both to the victim and the offender leaving only consequences that follows.

Verbal assaults incorporate the usage of words to carry out an act of bullying. In typical situations, the aggressor attempts to verbally offend the victim through taunting and teasing. The goal of such is to degrade a specific victim, while making another look dominant and prevalent. An individual’s appearance, standard of living, intellect, complexion or skin color and even ethnicity may be the basis of such insults placing concerns in discrimination to maximum.

In addition, with the occurrence of exercising democracy in the country, anyone has been granted freedom of speech; nonetheless any who wish to speak anything their hearts desire even if it may seem to be unethical can eventually say it to other individuals. Low self esteem is a trait most commonly present to verbal bullies which serves as a motive to bully others so as to increase their social standings and gain confidence about themselves. Verbal bullying can affect one's self image as well as affecting someone in many psychological aspects. This type of bullying can lead to low self confidence, depression and many other problems. In some instances, verbal bullying can reach to a certain point when the victim is deeply depressed that one may turn to substance abuse or even in worst cases- suicide. In the end, words have might of its own which in realities of verbal bullying, one can inflict physical assaults harming someone even with no direct contact of an aggressor.

Aside from physical and verbal bullying, there is another type of bullying seen not only in the natural world but also in the virtual space. Following the age of digital applications is the vulnerability of any individual to be criticized by some random stranger pinpointing every bit of one’s personal matters solely for the purpose of embarrassing someone in public which makes the digital world of social affairs one’s medium to attain selfish motives. This phenomenon is now widely witnessed among various educational institutions seldom practiced by one not seemingly notice to oppress another individual. This is known to be a relational aggression or simply emotional bullying characterized by an act of an aggressor attacking an individual on an emotional level. Emotional bullying may exhibits spreading of rumors directly or indirectly through a social networking site, excluding an individual from certain activities, isolating someone from conversations and even making statements with an intention of hurting a person’s feelings. With the birth of the new age comes the epidemic of verbal bullies penetrating its victims through the world of virtual society.

The golden rules here is stay focus and fear not one’s enemy.  Attention is the ultimate goal of a bully. An aggressor tries to find ways to get one’s reaction and the best defense is to deny them one. Never rise to any bait nor retaliate for a bully only tries to manipulate a victim if one is unfazed by the irrational behavior of the other. With the growing concerns in regards to bullying comes a possible solution. In the fourth day of May, the United Nations had declared the UN Anti-Bullying Day. This became the very stepping stone and the foundation of a strong productive and passive atmosphere in the many educational institutions nationwide. With the provision of any acts of bullying neither inside nor outside of the school premises, rates of such incidents can dramatically decrease theoretically. Sanctions depending on the weight of violation of the new regulation are close to becoming ideally reasonable. Any unwanted physical contacts, acts affecting the psyche and/or emotional well-being, statements enduing emotional distress and cyber bullying (RA#10627, Congress of the Philippines) are only some of the mentioned statements which had been dealt with accordingly through many preventive measures shouldered to every institutions taking part to the rebirth of a new educational system in the near future. Bullying is nonetheless the spark that will unfold the full potential of youth and the whole community foreseeing a better, serene and more suitable place for learning, self-development and nation-building among all individuals. 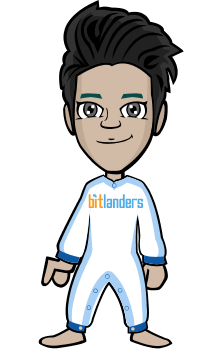