BULLYING: WHO IS AT FAULT? PARENTS, SOCIETY OR SCHOOLS?

Bullying has been an issue at schools always. Bullying has been epidemically growing and developing into a more violent, cruel, elaborate behavior among students. It is really easy to think that this is just “kids being kids,” when in reality is “kids being cruel to one another.”

Unfortunately, society tends to see this as “normal children behavior,” but the consequences witnessed by many of us, such the amount of suicides among school-aged kids tell us otherwise. Statistically the number of bullying incidences and mortality;  especially suicidal one,  caused by such it has been increasing and continues to currently increase at alarming rates. Although people try to justify this trend of behavior as “ being a typical child” yet special needs children are labeled as “abnormal” and most of them are subjected to being bullied.

Based on these notions and labels that people in general tend to believe, they try to excuse intolerable and acceptable behavior displayed by typical children. Parents and teachers are aware of this situation at most of the schools, but they try to blame each other for the children’s behavior or wrongdoing.

Children today do not display any kind of compassion, respect, obedience, morals or values. This arises the question of who is held accountable for such behavior? Parents try to blame the school system, claiming that teachers and school staff should be in control of the situation at school, and that they should teach the children how to respect one another. The school system claims that they only can do so much while children are in school grounds, and that parents should educate their children about bullying.

The question here is not who is to blame or who is at fault, but to work as a team to diminish, control, and try to eradicate bullying from schools and society in general. It is not only the parent’s responsibility, but also the school personnel to prevent bullying from happening. Most schools work against it, but they are limited if the child is not being also educated at home. Bullying does not only pertain to the bully and the victim, but also to the bystanders, and in the long run to society. Victims of bullying are taking more drastic measures, such as dropping off school, killing themselves, or taking matters into their own hands creating more violence and hurting innocent people.

Most of the time the victims of bullying are admitted into a psychiatric unit at a local hospital, because of the amount of psychological and physical damage they have suffered; meanwhile the perpetrators are not even being punished, this arises against the question: Who is to blame for this? particularly when acts like these ones are overlooked by the school system and the children responsible for such acts, are not being held accountable.

Parents have the obligation to look after the well-being of their children, but they feel so helpless when it comes to deal with school system and its regulations. More severe punishment should be implemented for bullies, and not only should the victims receive psychological help, but the aggressors as well. In many of the cases, the bully is another victim, probably at home or by any other close acquantices, and this is the way that they find to deal and release some of the harm inflicted upon them. Different approaches and techniques should be developed by the school board, PTSA (Parent Student Teacher Association) and legislators.

We need to bring about a method or methods that efficiently deters students and any person from bullying another; even if those methods requires for a more punitive  approach. However, we tend to think that children should not be so harshly punished, but these children one day will be adults. Thus, negative, criminal, harmful behavior has to be corrected, deterred and punished  at early age, in order to avoid a generation of criminals. If they can get away with their wrongdoings at such young age, we are sending the message that any harmful, and negative action is permissible. Team work is necessary to raise every child as a decent, law-abiding, compassionate human being. 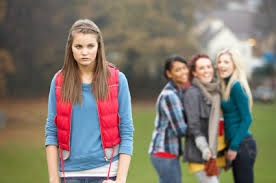 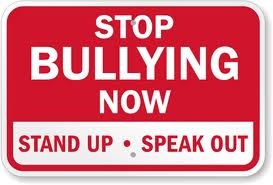 Born in Peru, I was brought to the U.S. in 1992. I have been living in Miami, FL for the past 21 years. Currently I am attending school, majoring on CSI while being a full time mother and wife. Mostly the topics I enjoy are psychology related.I have a fascination…

Types of People You should Avoid Talking to

Photo Source: PH Mota(fatosdesconhecidos.com.br) I know that I've mentioned in my previous blog,'How…

Photo Source: Andrea(theblowoff.com) So this blog is for extroverts. My previous blog was for introv…