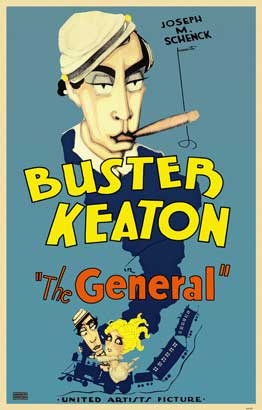 Buster Keaton's "The General" is considered one of the best silent films of all time and Keaton himself thought it to be his best picture, released in 1926. However, at the time of its release, "The General," flopped both critically and commercially and was the end of Keaton's filmmaking independence. His contract was sold to MGM and the downward slide of his personal and professional career began. About 80 years later, his film would be the first silent film to get the blu-ray treatment and the film sits prestigiously amongst many top films of all-time lists. Whoever said fate was fickle? 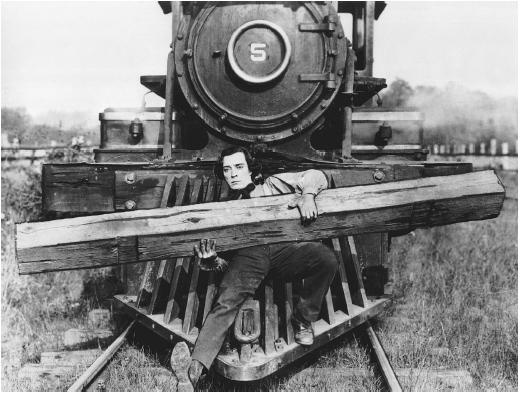 Comedians woud seem to have the hardest gig of entertainers for we come to expect them to be funny every time around, shelling out new jokes and comedic routines, perhaps a little more of the same but slightly altered. And when we watch one of our favorite comedic actors, there is an anticipation of humor that almost has us in a knee jerk laugh mode because we're just waiting to laugh. Keaton is Johnnie Gray, a train engineer in the south at the time of the Civil War. Although he tries to enlist in the confederate army to prove his manliness to his gal, Annabelle Lee (Marion Mack), he is denied because he's worth more to the south as an engineer. Johnnie takes this as a slap in the face and tries and tries again until he's booted out of the recruitment office. Johnnie's train "The General" is stolen by some union spies and Johnnie takes off after them in another train to get his back. Well along the way, he rescues his girl, discovers the union plot, gets his train back and outraces/outwits the union on the way back to telling the confederate army of their plot. Johnnie saves the day all by himself! Yes there are plenty of slapstick jokes and Keaton's dead pan, droll looks that got me to laugh a few times but I suppose if I were expecting my sides to hurt after the movie, I would've been disappointed too.

"The General" has Keaton's acrobatic skill and physical nimbleness on full display as he is constantly running, hopping and jumping around a moving train. The guy is phenomenal to watch and he did all of his own stunts! Of course, we don't all get brought up in an entertainment act with our father and brother where physical agility and humor are the name of the game, and that's not to mention that Buster's godfather was none other than Harry Houdini! The locomotive scenes are fascinating with the Oregon countryside as a backdrop stand-in for the south. "The General" has an excellent sense of pacing to boot. We have the intro, the train chase to, the train chase fro and the conclusion all wrapped tidily together. 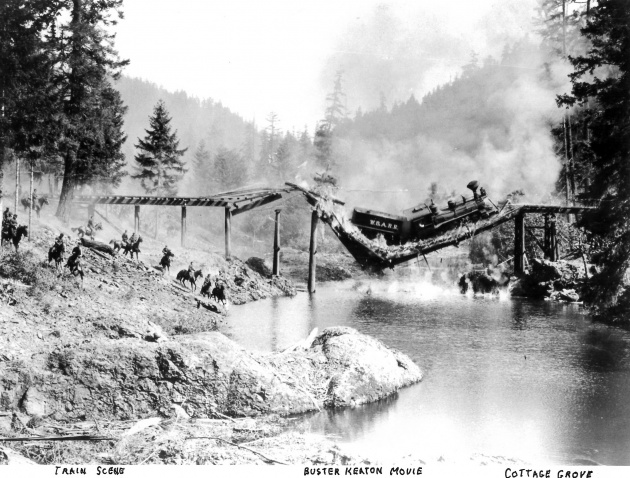 The most spectacular scene in the film is towards the end when the union train is ordered by their commanding officer to cross the bridge even though a fire has been started in the middle of it. The train goes for it and the bridge collapses sending the train down into the river below and a battle ensues all around the river. Life before CGI could produce some amazingly imaginative, realistic film scenes. "The General" is easy to watch for those that are skittish endeavoring to go into the world of black and white, let alone silent films. Buster Keaton was literally at the top of his game with "The General."

You can watch "The General" below or find it on my webpage at http://www.filmannex.com/webtv/baxter_martin

Review Of The Year: The Best And Worst Films Of 2018

The Best And Worst Films Of 2018 - Photo credit:theblogcomplainer.com, Edition by Amber255 via Bitla…