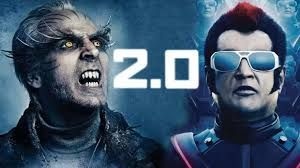 2.0 - is a science fiction film, directed by Shankar, the best director of the film fraternity from India. He has given us some out of the box thinking movies that gained publicity internationally.

In this second version of Enthiran series, he has brought in one of the international issue that is faced by living beings. The problem of environmental disaster caused due to technology growth worldwide.

2.0 is a movie that goes to the past of mankind and brings in to present, showing the atrocious changes happened to this beautiful world that was filled with trees, water, animals and birds. The human development has invaded the beauty and diluted the nature giving us the hard truth of globalization reducing rain in each corner of this earth.

The message from the movie will force you to think about the disadvantages of using a smart phone or even try to ignore the new technology devices. But, this is just for a day or weak and as usual developmental way of living continues.

This movie is made from a think tank who loves nature and living things similar to his directorial ventures. Added to this huge casting of Rajinikanth in this spectacular creative movie, actor Akshay Kumar with Amy Jackson joins to take the movie to the next level.

Story Line
The film shows the disadvantages of technology growth, bringing in the subject for a big debate in many news channels during its release. This movie is depicted in a reverse order as the villian fights for the good and the hero tries to stop the villian who has some good message to spread which would result in a better environment.

After the success of ENTHIRAN, Vaseegaran continues his scientific journey of building Robots. This time in the form of Amy Jackson as Nila a personal assistant robot (made through Artificial Intelligence). This machine with Artificial Intelligence Robotic chip helps the scientists in his future developments of scientific research. From serving coffee to explaining the youths about the projects, Nila the robot is used. Pakshiraja played by Akshay Kumar is an ornithologist, who loves birds and in-charge of one of the bird sanctuaries is deeply in pain after the deaths of birds due to the excessive usage of mobile phones leading to a high frequency electromagnetic radiation. Mobile companies break rules of setting the frequency higher than the expected resulting in the death of other living beings other than humans. But, even the human beings are affected by the high frequency electromagnetic radiations. This is ignored due to the high end investment happening in the mobile industry.

In the first Instant, Pakshiraja complaints the ministers about this high frequency setting happening in the mobile industry. But, his efforts goes in vain and finally kills himself and takes the form of an eagle. Before the scene of description about the villian, mobile phones starts to fly from every individual bringing in the scientist vaseegaran int case of shocking theory. Finally, the phones rakes the form of an eagle as said. 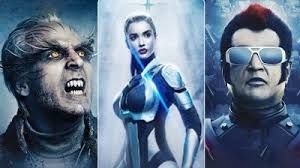 After meeting with the minister of state Vaseegaran tries to fight against this huge negative vibe, who is killing the people. But, the efforts results in failure. Scientist then suggests the minister to re-built Chitty(Enthiran) the robot to fight against this negative vibe or aura of human being. Vaseegaran finally comes up with the plan and finally wins in the battle of taming the aura. Son of Dr. Bohra(Enthiran) waiting to take revenge for his father's death, released the aura tamed by Chitty. This re-formed aura again starts to kill people and meets Chitty resulting in an highly developed animation structured fight scene. Watching a animated fight scene in a 3D glasses is always a great experience.

The study of Artificial Intelligence has helped the creators to bring in characters like Nila, an assistant, helper and also takes care of the scientist in his projects. Chitty also is the creative aspect of Artificial Intelligence. The flash back of Pakshiraja is a heart touching story that brings in tears. Akshay Kumar delivers the scenes to perfection making him one of the reason for the success of movie 2.0.

Other surprising factor about this movie is kutty Robo(small Robo) 3.0. It is displayed during the climax, sending a message of third part to Enthiran. This made the fans more happen, waiting for this kutty Robo in the future.

The writers of the movie must be appreciated as the dialogues are entertaining and perfect to the actors in the movie. This experience of watching a animation rich movie has grabbed audience worldwide and helping in collecting a box office record of 800 crores Indian Rupee. This is noted as the 9th most expensive non-English language.

Oscar Award winning music director has given a super back ground music and Rasool Pookutty working harder for his mixing of sounds in the movie.

It was delight performance from the cast and crew of the movie 2.0. RAJINIKANT as Chitty again in top of the table after the Kutty Robo. Amy as Nila also gives her best with the performance as a female humanoid robot.

Adil Hussain is as playing as Minister S. Vijay Kuma

Kalabhavan Shajohn is as Vaira Moorthy

Kaizaad Kotwal is as Manoj Lulla

Anant Mahadevan is as Head of the meeting

Mayilsamy is as the personal assistant of Vaira Moorthy

The final fight in a football stadium has proved that even Indian movie can have larger than life scenes in a movie. Fight between Chitty and Pakshiraja in different forms helped Children turning to the movies more than once gaining more audience even after a week of its release.

Thank you for reading this Article. 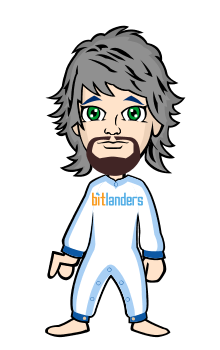