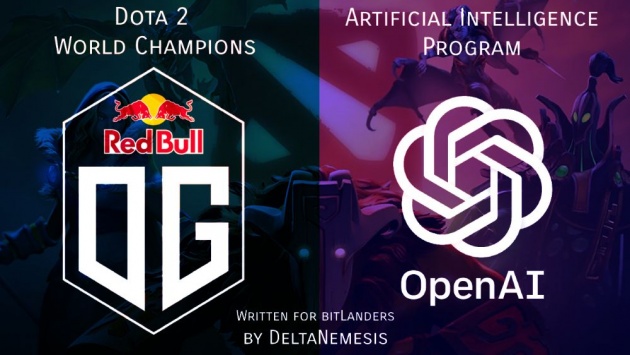 Base image from Wallpaper Abyss

In a world continuously increasing in technology Artificial Intelligence is one of the most important achievements that we were able to achieve. Recently AI programs has challenged professional players in board games such as Chess, Go  and E-sports titles such as Dota 2. The following C-blog is an attempt to cover the recent triumph of Open AI against the Dota 2 World Champions, Team OG.

Most of the AI researchers doesn't understand how much this achievement means, as they don't have any knowledge about Dota 2. On the other hand, the inverse is true, when most Dota 2 players doesn't have knowledge of the fundamental building blocks of Artificial Intelligence. As someone who had being a Dota 2 player for more than four years now and also has knowledge of Artificial Intelligence, I think I am the best person to educate you the importance of this incident is.

This Blog is tailored to be able to read by anyone without requiring much background knowledge either on Dota 2 or AI. Therefore I had to compromise some specific details in order to achieve more legibility.

So without further ado, let's get to the c-blog.

My other blogs can be found here.

Also If you are not a Bitlander you should definitely be one. Blogs like these wouldn't be possible if not for this amazing site. Plus you get bit coins.

19 yo from Sri Lanka. Likes Video games and Anime.