This week on 60 minutes I learned how much the American military dogs are vigilant. They are really elites. As they were talking about these elite military dogs they said, “They are not pets, but they are dogs of war.”

They have been talking on 60 minutes that today, most of the US military operations are unleashed by the elite military dogs. They, for example, said that can jump out of choppers on a mission, they can sniff out the Explosive Devices, and they can capture the enemies on the battlefields. 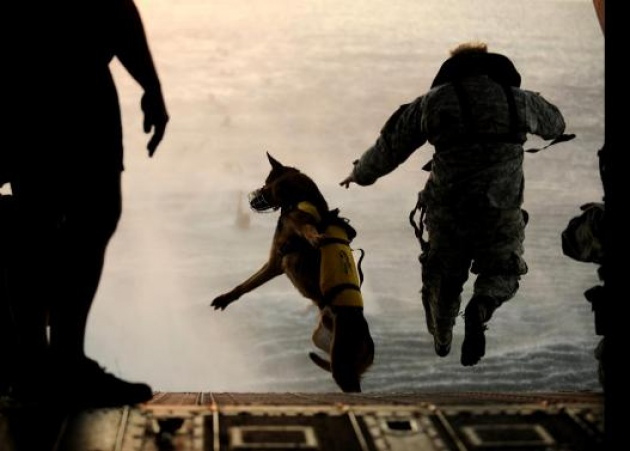 On 60 minutes they said that even one of these elite military dogs helped Navy SEAL Team 6 arrest Osama Bin Laden.

Today, most of the countries that are developed in military affairs they use from the smelling sense of the dogs. Then, they operate their special missions and other operations, such as to find unexploded devices buried  in the ground since ages ago, to fight with Narcotics, and to track the enemies.

As technology improves in the world, people in developed countries  are trying to use from the animals’ senses, too. Thus, they are successful in all actions they take towards the development of their country.