Celebrate with us! - Film Annex Newsletter 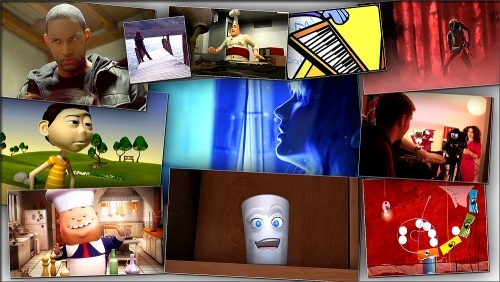 In this newsletter, we're all going to sing the Madonna song that goes, "Holiday... Celebrate! Holiday... Celebrate!" Because we're celebrating the fact that we just reached 100,000 fans on Facebook! This is the place where we like to share our personal favorites, get your feedback and find out what YOU like. So if you feel like joining the conversation, just follow us here, have a chat and a blast.

Now back to what we liked this week... Let's start with Anderson West, a filmmaker who joined us last year with his short film First Day. The movie made us nostalgic about our school days and managed to crack us up so we desperately wanted to find out more about this director. His goal in life? Dream for a living! Wow. That's a job we'd be happy to try! But ours is to make you discover his work and help him finance his films. Check out West's Run, a short film about moving on in life. Then take a look at his cinematography reel, and solve the mystery behind this talented man.

Next on line is Tim Orchard, one of our long time favorites. Orchard likes to take us to unusual places and let our imagination do the work, which makes us feel smart and creative. We got hooked to his first short Rough Patch, a live action movie where science-fiction meets comedy. But today, he uses his Web TV to introduce his Paper Cut Collection project, or how he translates short stories into animated films (Does that sound like a Kubrick movie title, anyone?) The first short in the collection, Munindigesional Void, is more than promising, and we already know that the next one will include... no one other than Mickey Mouse's brother! Orchard says that he's inspired by everything, and that's a pretty great thing to say.

And we'll end with our 9 movies of the week:
Mechanism by Rene Adema
Abnormally Attracted to Sin by Chang Cox
Jukebox by Alex Budovsky
Good Boy by Cinthia Fuji
Crash! by Raphael Argento de Souza
Night of the Zombie Chicken by Vancouver Film School
Wendigo by Apolline Delporte
The Forgiven by Lawrence Saint-Victor
Chef Bitoke by Antonio Salvador Carvalho