Today, August 21, 2014, the nation is praising Ninoy Aquino Day. In all honesty talking, I'm not a Ninoy fan. At the point when practically every one of my age gaze toward him and his achievements I don't have the accurate feeling they have. Perhaps one reason is that my guardians presented and instructed me all the more about the late President Ferdinand Marcos whom very nearly everybody accepted in charge of the executing of Ninoy. To the extent that I recall that, we don't discuss Ninoy at home and when we discuss his wife, late President Corazon Aquino, they never lauded her.

I was conceived amid Ninoy's opportunity yet I was just three when he was killed. I truly don't recognize what happened and I'm not in the spot to stand firm in the event that he merits this day or accept that President Marcos had nothing to do about the death. All I know is that the nation was lifted up from fascism and we accomplished majority rules system. I want to be conceived prior.

Nonetheless, I recently recognized that Ninoy's day is more sensationalized and the debate of the past appears to be existing until this time. Possibly on the grounds that a large portion of us were alive amid that time and was truly vexed about the activities of President Marcos. Anyway, why I have this inclination that if Ninoy will be a subject in school each understudy will be more intrigued than the life of our national saint, Dr. Jose Rizal? I don't have any detail of whether who between the two is additionally intriguing to understudies. It's simply an inclination.

I may sound inclination however I just need to remind everybody that the late President Marcos did a ton of things for the nation. At the point when the fuel value expands we want to take the LRT to spare cash. That is his venture and a lot of people more. Sadly, on the off chance that you check Google, a large portion of the sites highlight the Martial Law years of the late President Marcos. Yes, obviously, "the end does not support the methods." But we should additionally recall that he's likewise a Filipino and his dead. As opposed to indicating the finger a dead man why not make Ninoy Aquino Day a day of responsibility in supporting the ventures of the late President, forget him and take the right way which the present organization is pushing.

Beyond any doubt, you needed to proceed onward for each ache and feelings of anguish you felt. You would prefer not to keep the emotions you had two or more decades prior up right up 'til today. Also you would prefer not to feel literally the same feeling in the nearing years. Wouldn't we be able to simply be upbeat like we feel amid Independence Day? Should we pass the disdain to the more youthful era as opposed to showing them not to take after the wrong doings? Forget about the past. 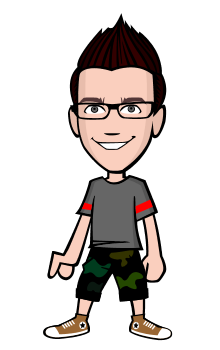