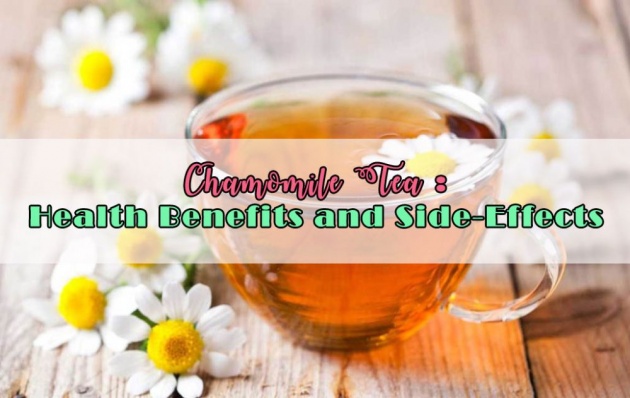 One of the most common herbal tea available today has got to be chamomile tea--and for good reasons too. Aside from its delicious and aromatic flavor, it also provides many health benefits such as better immune system and lowered risk of heart diseases. It also has a soothing effect that makes it perfect before bedtime.

What is Chamomile Tea? 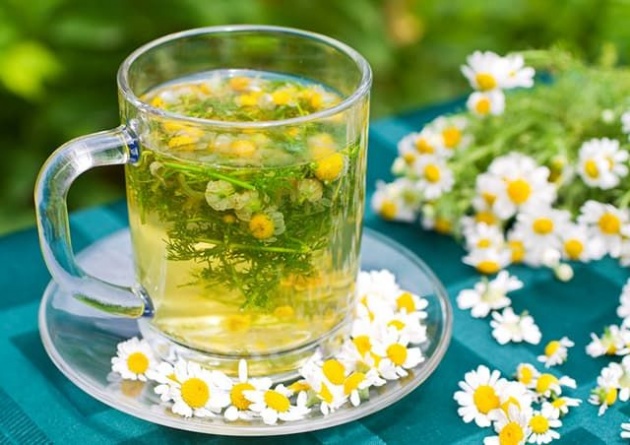 Chamomile tea is an herbal tea or tisane. As discussed in my previous blog post, herbal tea is not a true tea. True teas come from the tea plant Camellia Sinensis while chamomile tea is made from the flower petals of the chamomile plant. Consumption of this herbal tea is hardly anything new as it dates back to ancient societies, such as ancient Egypt. it can be used to make tea whether it's fresh or dried--it just depends on your needs and preferences. Chamomile tea has a subtle and pleasing taste and smell which most people appreciate. 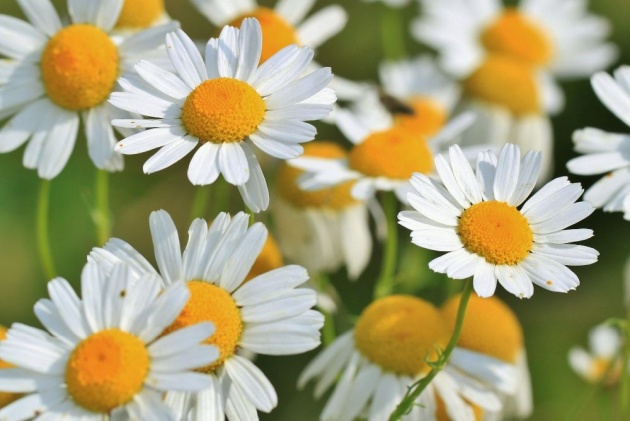 The chamomile plant comes from the Asteraceae family of plants, which also happen to include other plants such as sunflowers, Echinacea, and marigold. It is also known to be a very relaxing herb. Chamomile tea is made from the two varieties of the chamomile plant which are the German chamomile (Matricaria chamomilla) and Roman chamomile (Chamaemelum nobile), Both varieties are cultivated and used for herbal tea and other herbal applications.

German chamomile is also known as wild chamomile because it grows like a weed on roadsides in some areas. It thrives Europe and other parts of Asia with temperate climates. But, it is considerably cultivated in Eastern Europe. On the other hand, Roman chamomile thrives in North America and Central Europe.

Both varieties are widely cultivated in areas with temperate climates around the world, including South America, India, South Africa, and Australia.

Most of the available chamomile sold commercially originates in Egypt--perhaps as a tribute to its ancient origins. 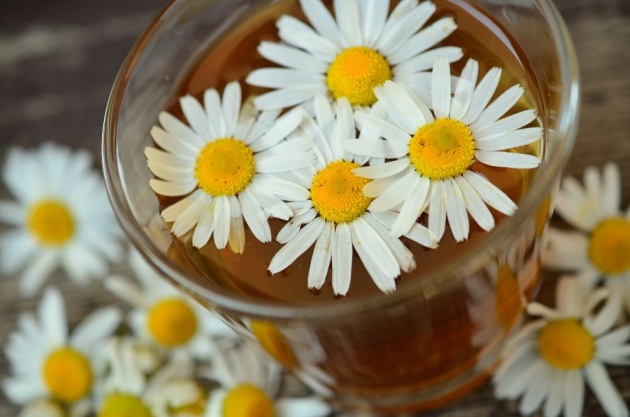 Chamomile tea has been around for thousands of years. The earliest documented use of chamomile is way back in ancient Egypt where they use it to treat certain ailments. In fact, ancient Egyptians used to dedicate chamomile to their gods because of their belief that it can cure "the fever". It was also used as an ingredient for cosmetics in those earlier times.

The term chamomile originates from the Greek word "chamomaela" which translates to "ground apple" as it describes the refreshing, apple-like scent it produces. Even in Spain it is called "mantazilla" which means "little apple" because of the same reason.

The Romans used to add chamomile to treat various ailments and to add flavor to beverages. In Medieval times, fresh leaves were sprinkled around public areas to add an aromatic scent during public events. Interestingly, chamomile was also used as a bittering agent during beer production--pretty much the same way hops are used to make beer today. Aside from beer, the Spanish also used chamomile to add flavor when making sherry. 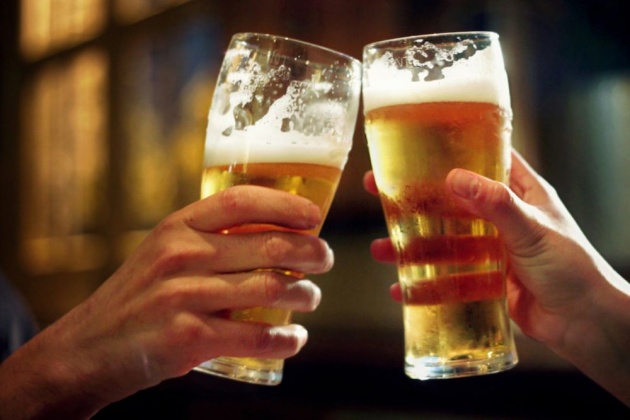 And, of course, many people throughout the ages plant chamomile because of its potent medicinal properties. Furthermore, monks during the Medieval ages found out that planting chamomile near other ailing plants helps with their recovery.

Whatever use people have for it--whether for its fragrance, flavor profile, or relaxing properties--one thing is for sure. Its history transcends many continents and cultures. 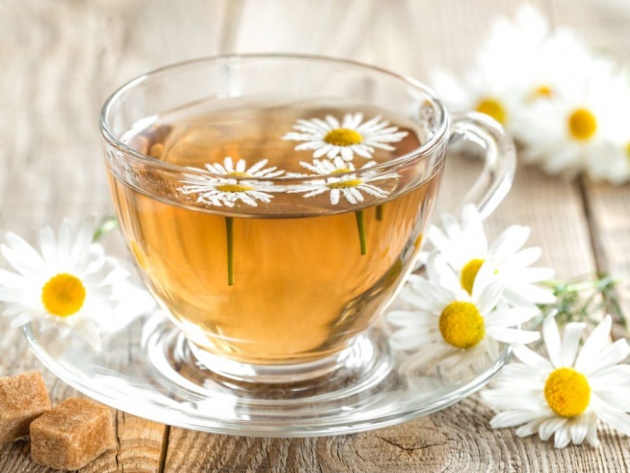 Chamomile tea is known for its relaxing effect on the body, but that's not all of its beneficial effects. Here are more health benefits of chamomile tea that you should know about.

Thanks to its warm and soothing nature, many tea drinkers find themselves more relaxed when they drink chamomile tea. Drink a cup or two a day to help relieve stress.

Chamomile tea has a soothing effect that can help your body relax as it helps alleviate stress and anxiety. This is the reason why many people drink this tea before going to bed in order to sleep faster and achieve more restful sleep. Chamomile can also help induce sleep in people who suffer from sleep problems, such as insomnia.

Consumption of chamomile tea has many benefits, including restful sleep. But, did you know that you can also use it topically to treat various skin conditions? It's true. It is often used in baths to treat scaly and itchy skin.

Chamomile tea is also good for the digestion. It is often consumed to treat digestive tract problems from something as simple as an upset stomach and abdominal pain to something more serious like Irritable Bowel Syndrome (IBS). Chamomile is also used to treat colic in children. It can also help relieve gas and may even prevent you from getting stomach ulcers.

Chamomile is also good for fighting the common cold and the flu as it helps boost your immune system. The aromatic scent of this tea does not only help relax the body but also decongest sinuses. It also has antibacterial properties that help prevent unwanted bacteria and viruses from wreaking havoc on your overall health.

Heart disease is one of the leading caused of death worldwide. More and more people are succumbing to heart diseases because of genetics and unhealthy lifestyle choices, such as poor diet and smoking. Fortunately, chamomile has the ability to lower blood pressure and LDL cholesterol, otherwise known as bad cholesterol.

Here's a video from StyleCraze for more health benefits of chamomile tea. 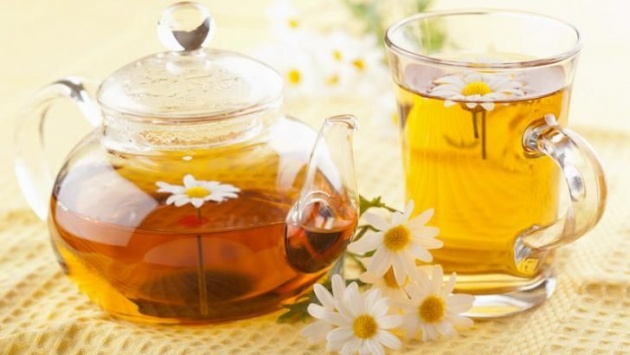 Chamomile tea, just like green tea, is generally good for the body. But, it also pose some potential side-effects when consumed in large quantities, such as nausea and vomiting. You may also want to steer clear of this drink if you have any allergies related to daisy and aster plant family as chamomile also comes from this plant family. Chamomile tea is made from the flower petals of its plant so it might also trigger a pollen allergy to some people. Furthermore, chamomile is known to react to certain drugs, especially blood thinner medications because it is a natural blood thinner.

Chamomile tea has been around for ages--and for good reasons too. It is packed with medicinal properties that anyone can benefit from. However, you should also take note that when consumed in excess, it can cause certain health problems. One or two cups daily should be enough. If you experience any adverse reaction after consumption of even just a small amount, you may want to discontinue the consumption of this drink.