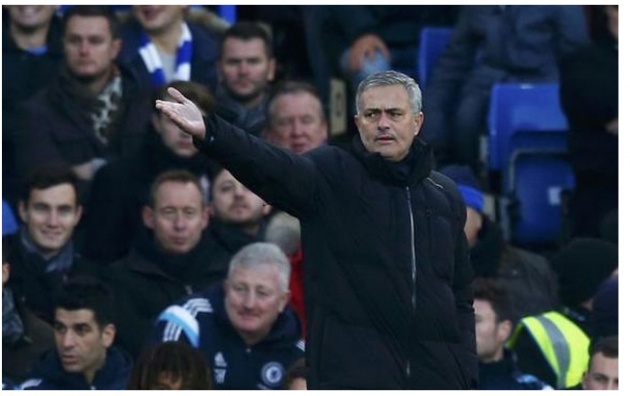 The omens are good for a Chelsea side heading into Christmas top of the Premier League tree but manager Jose Mourinho does not want to give title rivals Manchester City any reason to cheer over the festive season.

Having beaten Stoke City 2-0 at the Britannia Stadium on Monday, the London club ensured they went into a busy fixture schedule leading the table with 42 points from 17 matches.

The last three times Chelsea have been top on Christmas Day they have gone on to win the title, but with in-form City hot on their heels three points behind, Mourinho is taking nothing for granted with testing matches to come.

"Now we have to focus on the three matches we still have until the end of this period," Mourinho told reporters after the victory at Stoke.

"Playing against Big Sam is a hard job for us, we have to cope with it. The three-point lead we have is a little advantage, it is a little pillow we have to protect us.

"We have been top of the league since day one and we are there because we are playing really well. Our Christmas fixtures are more difficult than any other one (club)."

Second-placed City travel to West Bromwich Albion in search of a seventh straight league win but they are still without injured strikers Stevan Jovetic, Edin Dzeko and Sergio Aguero.

"I like to play in the middle, even though I can play on both wings," Silva said. "When I play in the middle I get chances to score. That is why I scored the two goals. But I will be happy to help the team when the strikers are back."

Elsewhere on Friday, third-placed Manchester United, whose progress up the league was slowed with a 1-1 draw at Aston Villa last weekend, host Newcastle United while Arsenal welcome London rivals Queens Park Rangers to the Emirates.