Citizen journalism in a war zone 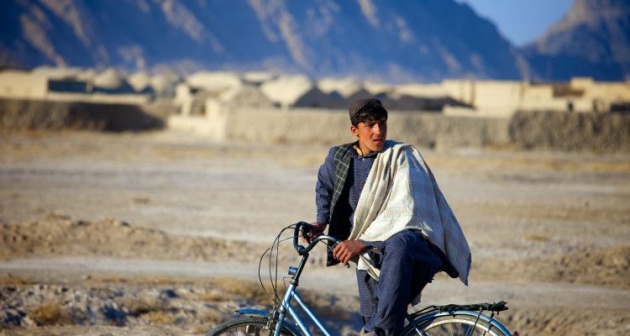 Mainstream media has painted Afghanistan in such a light that it almost seems like a barren wasteland void of internet connection or technology. In reality Afghanistan is far more developed and diverse in the digital realm than news sources gives them credit for. Almost every person in Afghanistan owns a mobile phone. The local telecommunication networks such as Etisalat, Roshan, Afghan Wireless and MTN provide users with 3G services. Technicalities aside, above all else, Afghanistan is a place where freedom of expression runs far more rampant than in some of the most developed states in Asia-Pacific.

Former President Hamid Karzai while in office, strongly advocated the importance of protecting freedom of expression. Karzai also called upon the next government to maintain this level of acquired freedom and mutual respect. By the looks of it, the present government is willing to comply. In the Inaugural Speech by current President Dr. Ashraf Ghani Ahmadzai, he said, “Security is best ensured by use of force but stability comes from legitimacy, acceptance and public participation, the manner which H.E. Hamid Karzai proved in action.”

Freedom is a given right not an option

According to statistics tabulated by the National Informations and Communications Technology Alliance of Afghanistan (NICTAA), out of Afghanistan’s 30.55 million residents, only half a million people are utilising social media platforms such as Facebook. The NICTAA’s role is to build a community that fosters greater collaboration between stakeholders in the country. These stakeholders often dabble in ICT themselves. In doing so, they hope that this promotes greater growth, fosters civic education, prioritises human rights campaigns, and encourages healthier business ethics. All of which are in support of Afghanistan being a future hub for ICT activities in Central Asia.

Currently, one of the most prominent figure in the community is a digital agency called Impassion Afghanistan. The first of its kind, Impassion’s role goes beyond standard digital services and seeks to provide ‘online and offline solutions to help governments, businesses, civic organisations, and communities’ to be engaged in a ‘networked world’. This even extends to conducting and holding workshops within the provinces in Afghanistan. Some of these workshops are tailored to educate citizens on the workings of platforms such as Facebook and Twitter. Just earlier in October, Impassion Afghanistan also organised the Afghan Social Media Summit 2014.

The Era of Citizen Journalism

Another big initiative is Paiwandgah. From its website, Paiwandgah is defined as ‘a social media and mobile technology-based platform that allows Afghans to connect and contribute to the national dialogue about the most important issues facing the nation.’ While there was the option of just receiving stories through Impassion’s own Facebook page, the agency felt that dedicating an entire platform to good citizen journalism makes it easier for current and potential users to look at the issues and speak about it.

Reports can come in through different mediums, such as a call, SMS, or even through social media. Those operating behind the scenes then strive to upload the reports they receive as promptly as possible. The coverage is made in English, Pashto, and Dari. On their home page, the option of registering as a citizen journalist is made available to anyone residing in Afghanistan. Citizens are even encouraged to step forward if they feel that they have something they would like to report. In addition to that, there is a tab function that enables people around the globe to ask one of their citizen journalists a question. However, those who register are under no obligation to stay permanently.

There are two sides to every story

While social media has brought about all these positive impacts, the issue of weeding out “internet-trolls” and those who abuse the anonymity to spread false rumours have also risen. There have been incidents whereby men who access social media use it unhealthy in the form of finding short-term relationships, or in layman terms: a fling.

Omid Haqbin feels that there is an important need to educate users to ‘respect women’ online. Currently there are no laws in place to deter such incidents from happening. Although the percentage of female users is less than that of the male users, the former have also been encouraged to exploit the potential of social media. Speaking out and letting their voices be heard, are potential moves of nipping these seemingly new problems that they are facing in the bud.