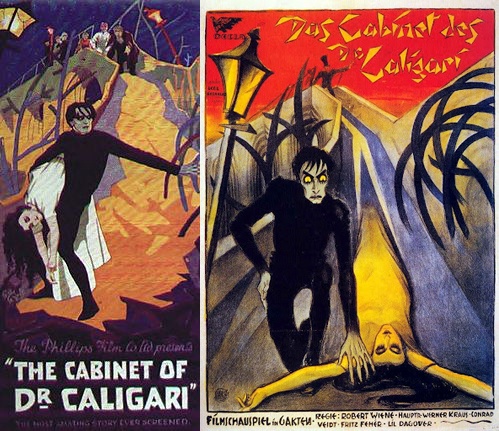 When I was first asked to help in my own small way to help Film Annex with some content, I was tasked with combing through public domain films for some of the better material. The film enthusiast in me says most of them deserved to be seen but some more than others. A huge chunk of these films are silent, pre-1923 films. I can't say I know or knew every film in the public domain but a lot of the titles are familiar and there are great artists involved with these pictures including D.W. Griffith, Charlie Chaplin, Buster Keaton, F.W. Murnau and Fritz Lang among others. My motivation was to give some of these movies that I knew and knew of a slightly larger audience, and since I chose my love of the landscape as my professional route, I just had to put my other love of films (and a college degree in Cinema Studies to boot) to use!

"The Cabinet of Dr. Caligari" (1920) is one of the best and most influential films of all time. It was the height of German Expressionism in film as exhibited by the fantastic set design (designed by Hermann Warm, painted by Walter -Reimann & Walter Rohrig). The film was one of (if not THE) first horror films ever made. It used a flashback to tell the story and wrapped it up with the first 'twist' ending. "The Cabinet of Dr. Caligari," directed by Robert Weine (after being offered to Fritz Lang, who was already involved with "The Spiders") was very influential on film noir which extensively used lighting to produce odd angled shadows of objects much like the painted sets of "The Cabinet of Dr. Caligari." This movie also has the unique distinction of a 100% rating on Rotten Tomatoes!! 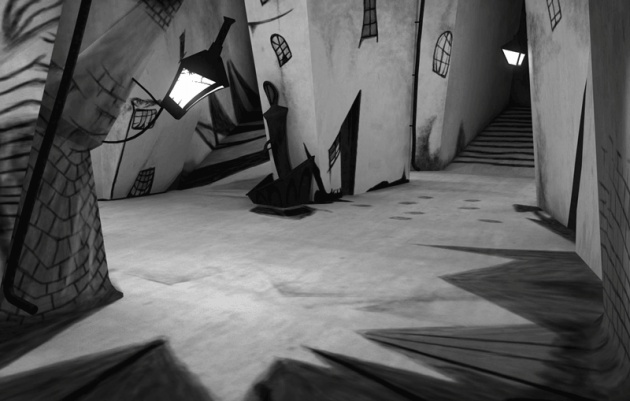 "The Cabinet of Dr. Caligari" starts with a two men (one younger, one older) sitting on a bench in a garden. As a young woman in a white gown, Jane (Lil Dagover), walks by seemingly in a daze, the younger man Francis (Friedrich Feher) tells the older man that the woman is his fiancee and goes into their story. The flashback begins and tells the story of Dr. Caligari (Werner Krauss) whose come to town with his act for the fair which involves a somnambulist, Cesare (Conrad Veidt). Cesare has allegedly been asleep his whole 23 years of life and can be ordered around by the doctor and can predict people's deaths (he predicts Francis' friend's Alan's death the next morning and the good doctor makes sure that future happens). Mysterious murders coincidentally happen and the Dr. and his somnambulist are investigated and found to be the culprits. The twist ending occurs as it switches back to Francis and the older man walking into back into the asylum where we are quickly shown that Jane and Cesare are fellow patients and the director is Dr. Caligari. Francis attacks the director and is straight-jacketed and put away. 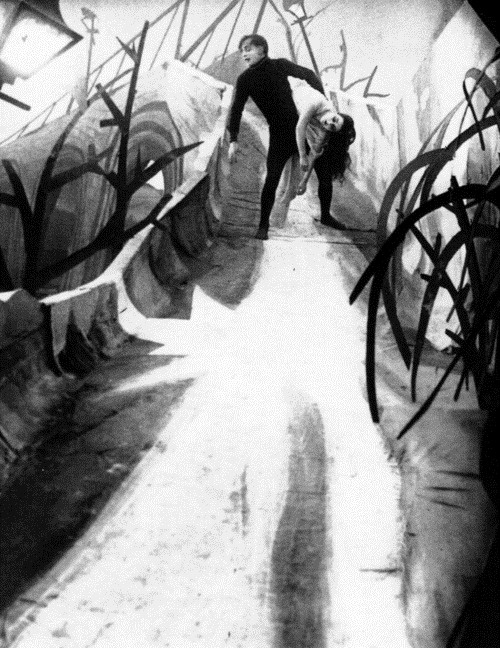 A film like "The Cabinet of Dr. Caligari" has, obviously, been open to interpretation for close to a century and there are the obvious allegories to the post-war defeated German mindset and the nationalist Nazi movement soon to develop. I found the future of some of the artists involved to be interesting: Co-writer Carl Meyer who wrote five movies for fellow German filmmaker F.W. Murnau ("Nosferatu") fled Nazi Germany in the 30s; director Robert Weine fled and attempted a sound remake of "The Cabinet of Dr. Caligari" with Jean Cocteau before his death; Conrad Veidt fled and would later appear as Strasser in "Casablanca" before his death; Werner Krauss would become a cultural ambassador for Nazi Germany; and Lil Dagover would be a frequent dinner guest of Hitler. What an interesting time to be an artist in Germany!!

"The Cabinet of Dr. Caligari" is a silent classic masterpiece. Yes, it looks like it's from 1920 but it deserves to be seen by more than just us ol cinephiles! Check it out below or on Baxter Martin WebTv