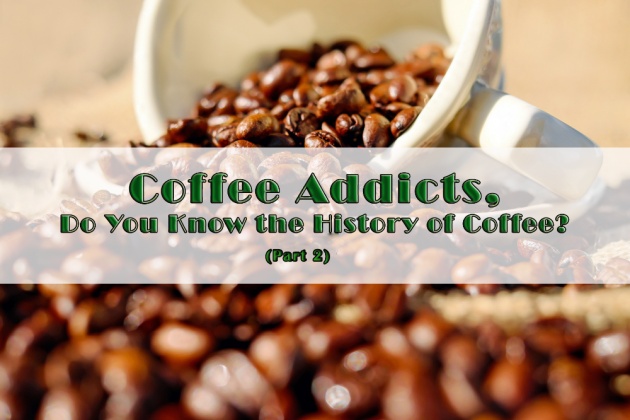 As promised, here is the second part of my blog about the fascinating history of coffee. On the first part of the blog, I talked about where it originally came from up until it reached Europe. Now, I'm going to continue to tell you how it became the delicious and addicting substance that we all know have come to depend on. Okaaaay. Did I just make it sound like it's a forbidden drug? Anyway, to continue the story. I hope you are still properly strapped into your seat because we will go on a journey across continents, yet again.

Asia Has a Place in Coffee History Too

If people wanted coffee, they would have to go to Yemen to purchase some no matter where they are in the world. This is how the authorities of Arabia makes sure that no one will steal and smuggle fertile coffee beans out of the Peninsula. It was a good plan that worked for years--until Baba Budan, a Sufi saint from India came along. He was on a pilgrimage to Mecca in the year 1670. When he returned to India, he wasn't alone. He smuggled some fertile beans with him and started to cultivate coffee in India. His efforts proved successful as this started a large-scale coffee cultivation in Southern India. In fact, they are still producing coffee up to this day. 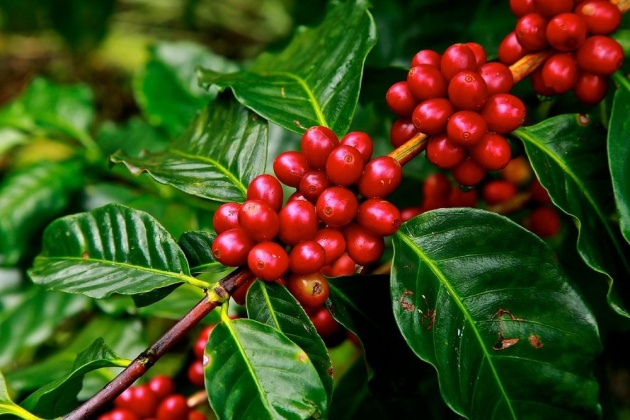 The Dutch already got a hold of some live coffee plants decades earlier through smuggling. They tried cultivating these plants but the weather in Holland was just too cold to sustain the plants, so they eventually died. Their second attempt was more successful because instead of growing the plants in Holland, they sent the plants to the Dutch governor in Java, Indonesia for cultivation. However, their first attempts didn't work out as smoothly as expected. Multiple disasters wiped out their crop, but they persisted and didn't give up. More seedlings were planted in 1704 which turned out to be a success. Ever since then, coffee became one of Indonesia's staple products and Java another household term. 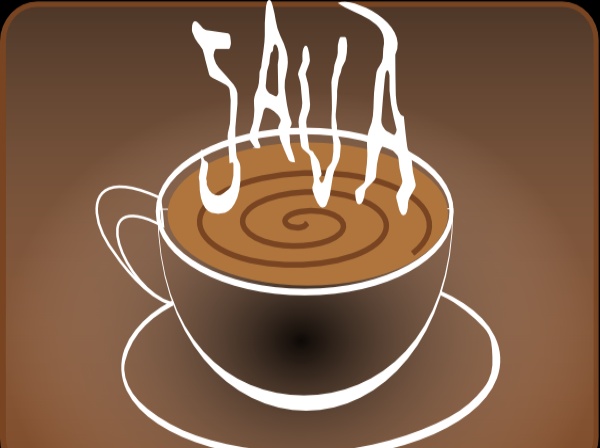 The coffee plant eventually made it to other parts of Indonesia, such as Celebes and Sumatra, which significantly increased the country's coffee-growing capacity.

What Happens When The Americas Get a Hold of Coffee Beans?

Coffee beans may be small but they sure have traveled a lot--and they aren't done yet. After conquering Africa, Europe, the Arabian Peninsula, and the Indian Ocean nations of Indonesia, and Sri Lanka, they are now on their way to go further west to conquer every nation on the Atlantic Ocean. 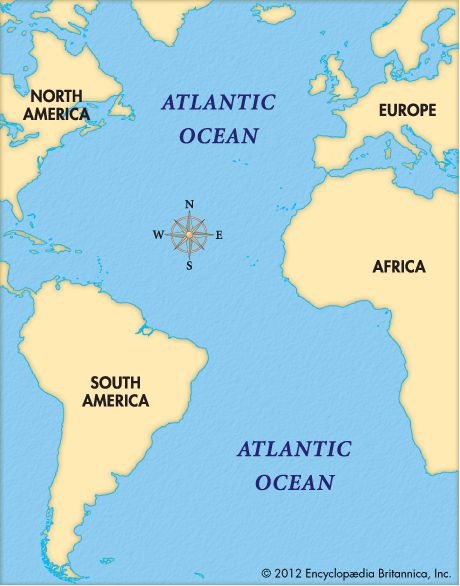 The Dutch had a rough start growing coffee plants because of their cold weather, but they were able to circumvent this problem by growing the plants inside a greenhouse. The mayor of Amsterdam shared a young coffee plant with King Louis IV of France in 1714--which was immediately sent and kept protected in the Royal Botanical Gardens of Paris. This act of generosity by the Dutch is what led to the widespread proliferation of coffee across the Atlantic.

Gabriel Mathieu de Clieu, a captain of the French Navy, who was stationed in Martinique was visiting Paris and got a hold of a few clippings from King Louis's garden. It is, however, unclear if the clippings were freely given by the king himself or were stolen from the garden--which was supposed to be very secure. Well, whichever was the case, de Clieu took the clippings to the Carribean, which has the perfect weather for growing coffee.

De Clieu struggled to keep his plant alive as it was a long sea voyage from Paris to the Carribean. He kept it alive by giving it his own water supply at the expense of him getting thirsty because there was a scarcity of water on the boat. When he arrived on the island, he secretly planted it among other plants in order to keep it safe. And within just a short span of 3 years, coffee plantations had spread throughout Martinique, Guadaloupe, and St. Dominique. These same plants would soon invade the rest of the Carribean and eventually reach Central and South America. 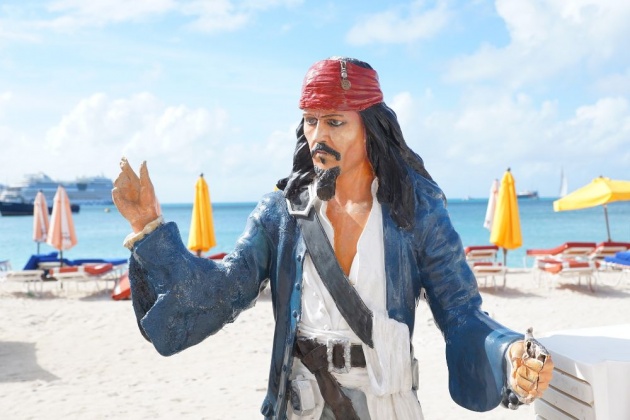 Sir Nicholas Lawes, the English Governor of Jamaica during the year 1730, brought with him some coffee plants to his island, Ever since then, coffee has been growing in the Blue Mountains--a most exceptional place for growing coffee.

The start of a modern coffee empire in Brazil

Did you know that Brazil has the largest coffee plantations in the world? It all started with a Brazilian colonel, Francisco de Melo Palheta, who was sent to settle a dispute between the French and the Dutch in Guyana in the year 1727. However, this was just an excuse because his real agenda was to bring back some coffee clippings with him to Brazil--whatever the cost. Of course, the first person he asked for some seedlings was the French Governor. When he got rejected, he turned his attention to the Governor's wife. Charmed by this Brazilian colonel, the French Governor's wife easily relented and gave him a handful of clippings in secret, which he took back to Brazil. Coffee production started out slow in Brazil as it only experienced a boom in 1822. Soon enough, the country became the largest coffee producer in the world--up until this very day. In 1893, coffee went almost full circle as coffee from Brazil was taken to Tanzania and Kenya, which are close to its birthplace. Soon, it was also being cultivated in East Africa.

America probably had the most influence in shaping the future of the coffee industry and it all started with the Boston Tea  Party. During the year 1773, a group of American patriots, many of which are dressed as American Indians, snuck on board an English ship that contains tea. They dumped all the tea into the ocean as an act of rebellion against the English and the tax they impose on tea. Since then, tea was viewed as something extremely unpatriotic was boycotted by the Americans. Coffee took the place of tea and quickly became the American beverage of choice. 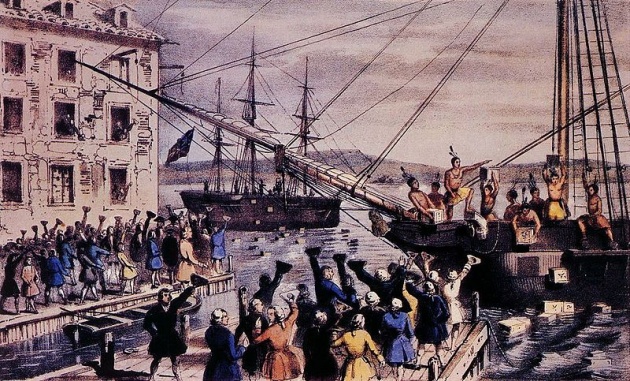 The United States has been the number one importer of coffee. In fact, America buys and imports more coffee than any other country in the world. Aside from importing, America also grows some coffee, as well.

Coffee was introduced to Hawaii when Brazilians brought some seedlings in 1817. The first official coffee orchard was born in Hawaii in 1825 which started Kona coffee's legacy in the coffee industry.

Hawaii did not become part of America until 1959.

Coffee has become a global phenomenon by the 19th century where it is shipped and consumed in every part of the globe. By this time, there wasn't much land left for coffee to conquer. But, that doesn't mean coffee has stopped evolving. Coffee has seen a dramatic change in how it is roasted, brewed, and packaged in the last 200 years. The first coffee percolator and the first modern coffee roaster that doesn't need to be held over a fire were all born due to necessity and modernization. More innovations soon followed the footsteps of modernization until coffee became what we know today.

And there you have it--the fascinating history of coffee. Come back for more interesting stories.

Oh, before you go, here's a video of a coffee expert trying to guess cheap versus expensive coffee. Trust me guys, this is fascinating.

Image Credit: acekreations via Pixabay / Edited with Photoshop We all know that coffee contains caff…

How Well Do You Know Your Coffee?

The Origin of Tea: A Brief History (Part 2)

Image Credit: congerdesign via Pixabay / Edited with Photoshop Okay. As promised, here is the second…

Coffee Addicts, Do You Know the History of Coffee? (part 1)

Image Credit: Couleur via Pixabay/ Edited with Photoshop Who doesn't like a good cup of coffee? Its …

Would it be advisable for you to Drink Coffee Daily?

The specialists presently concur that espresso is beneficial for us, as long as it is flushed with s…