To take more photos that will leave a legacy!

For 2019, I didn't set any resolution, nor did I even look into certain aspects of my life that badly needed change. I guess its more of continuing what had started on the previous year, that includes Photography. 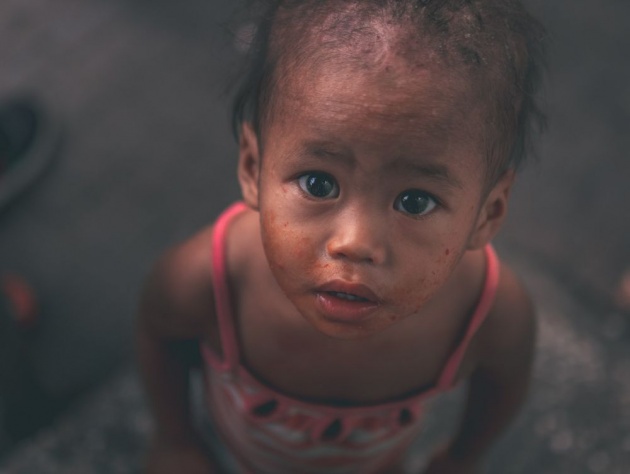 Both my husband and I want to immerse ourselves more into the shooting and editing part of this subject and it is our wish that we could practice it more every week if possible. This skill might be our own medium to freedom of the office work but then again, it is just a hobby, for now, perhaps that might happen in the future, for the meantime, its practice time!

Colon Street in Cebu is a historical street in downtown Cebu City that is often called the oldest and the shortest national road in the Philippines. It is named after Cristóbal Colón (Christopher Columbus). Information: wikipedia 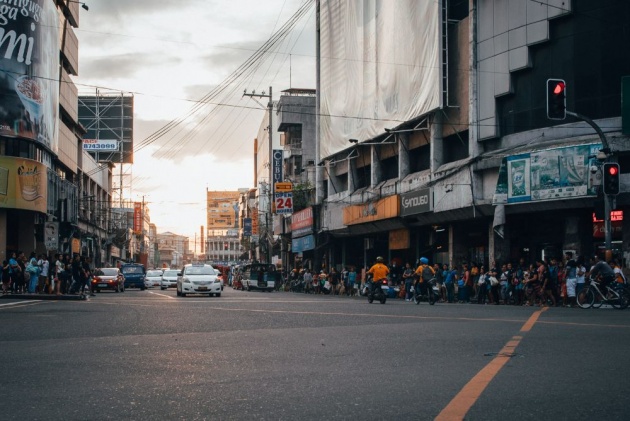 A not long time ago before more modern establishments and business towers popped into the lands of Cebu City, Colon Street was the heart of the city, this is where 99% of the Cebuanos go for about anything, shopping, movie theaters, grocery, food adventures and all the other things one might need, Colon Street have it all.

But because of its crowd, bad elements are inevitable. A few years ago there has been a lot of news about someone getting hurt because of a snatcher, some even had taken lives of victims, it was a dangerous street as to how they refer to. 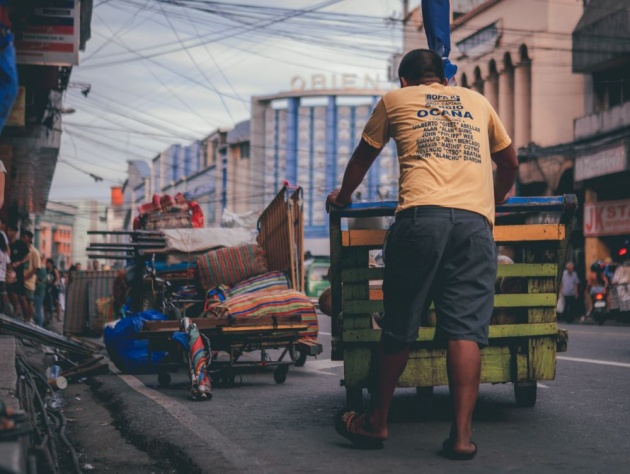 The same fear of walking along Colon Street is still there but it is safer now, however, it is still not a guarantee. There are still a lot of shops along the oldest street in the country and still, there's a crowd and when there's a crowd, there are subject for Photography.

That was what James and I aimed for last Saturday. It was a spare day for us and we challenged each other for a photo walk. We were a little hesitant but we said yes to the provocation. 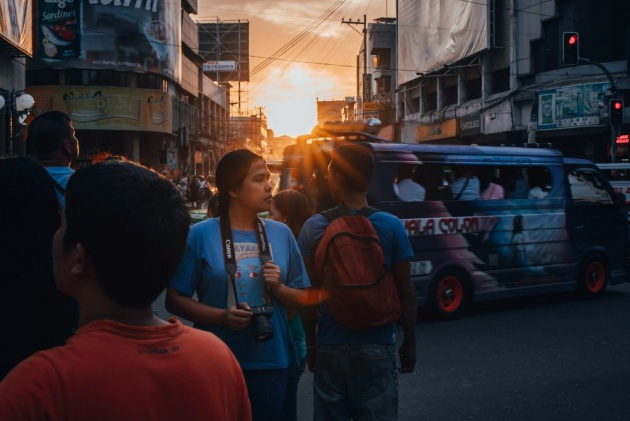 Geared with a camera backpack, we headed to Colon Street, looked for somewhere to securely park our motorcycle and went straight to the famous area where Metro Colon shopping center is located. Here in this part comes a huge crowd crossing the streets.

True enough, without us leaving that part where we stopped, we found kids eating at the corner, siblings playing with a parked motorcycle, one little girl with traces of spaghetti sauce in her mouth came up to me, without saying a word, she looked into my lens and I clicked the shutter. She didn't smile, she just stared and looked away. She has an older brother and a younger one who was still being carried. 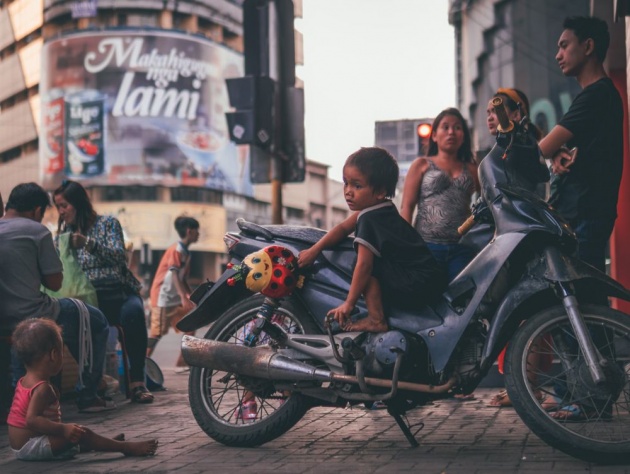 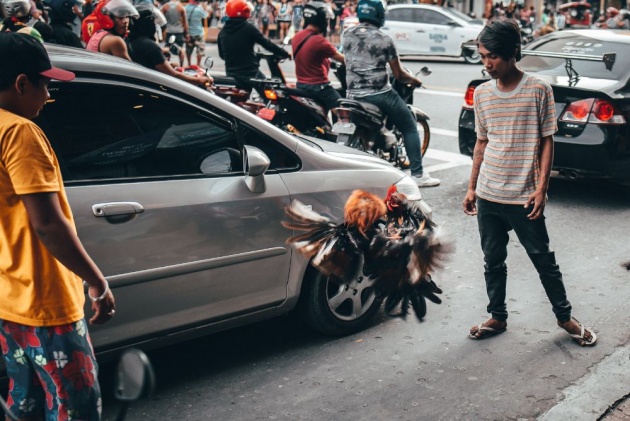 Aside from that, we found some guys getting their roosters into a hack fight. I found later on that the guy was selling them and the other was a buyer.

Satisfied with our shots, we moved on to the pedestrian lane intersection. This is where most commuters pass by, take a cab or a jeepney but more importantly, this is a perfect spot for taking candid shots of these people busy of their agenda. 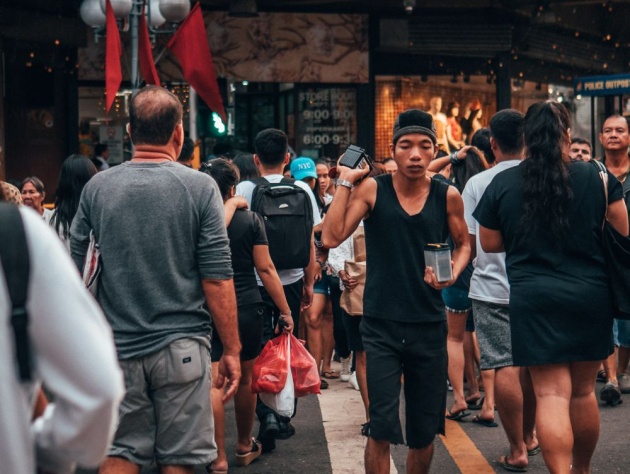 I spotted a tired dog at the corner and I thought it was a good object but my shot was too tight, I had no room to move because at my back is already another pedestrian, there were so many people moving here and there. 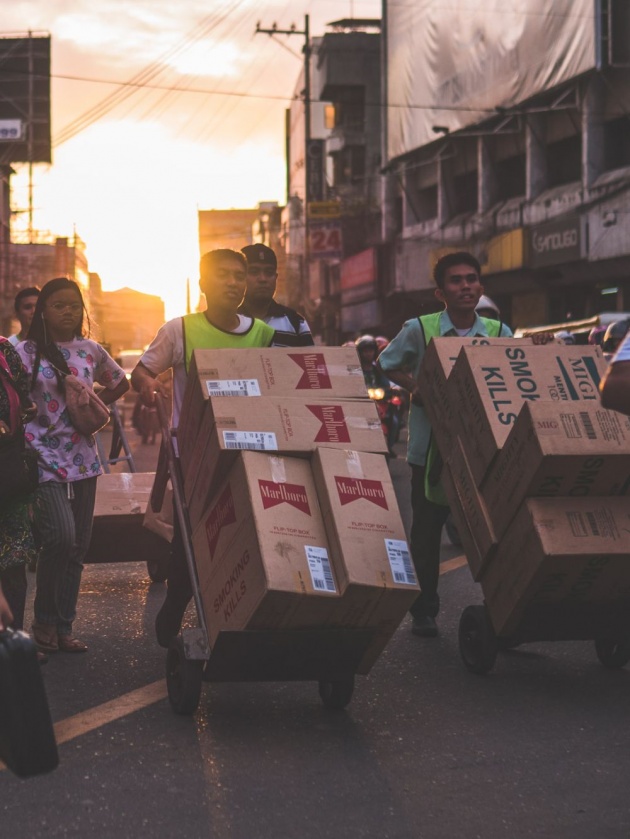 As the sun was about to set, its ambient light created this romantic backlighting, it was a little embarrassing to take shots of random people, there were stares here and there, some would ask us to take a photo of them in whisper but we heard them, and even some had this judgmental looks in their eyes. We didn't care, our aim was to enjoy that moment and learn.

The night came upon us, we had dinner inside Metro Colon's Food Court, at the fifth level of the mall. We took our time, we knew it would be hard for us to take photos this time because there was already limited light source but we were surprised to learn upon exiting out that this street has a good lighting from all the lamp post, huge advertisement screens and the night market happening in the other side of Colon Street. 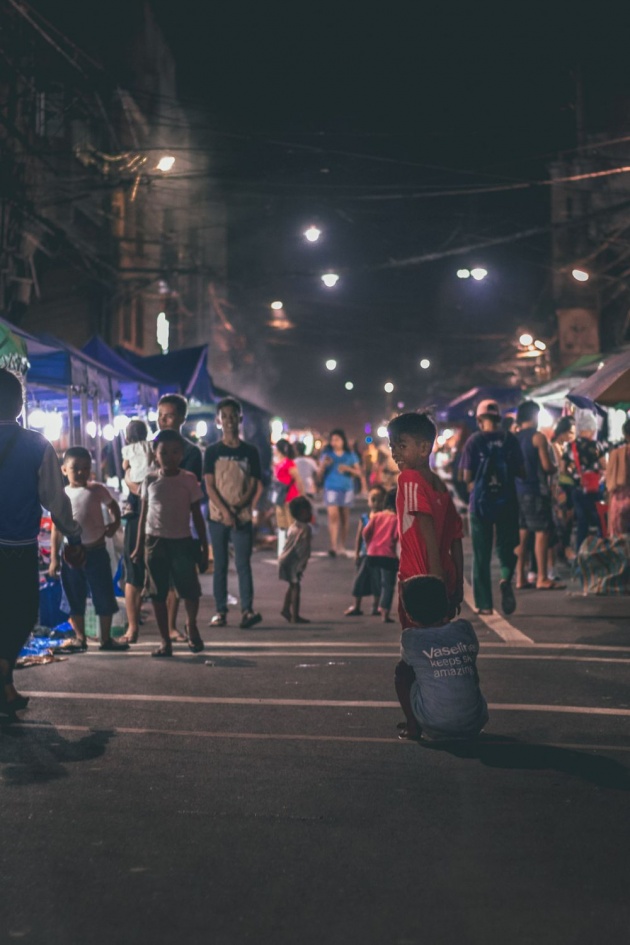 We don't often come here anymore so it was a perfect time to check out the Colon Street Night Market. It brought back memories of us back in college when we would randomly just come here and go window shopping.

Now, there was no intention of shopping at all, the tour was all for the sake of looking for moments. It was truly hard to be shooting on manual mode most especially at night when in any moment, light change. I tried to switch to Aperture Priority but I didn't like it that much anymore as it tends to blur out the action. So I had to rely on Manual Mode and just hope that I could still recover the image on post-processing. 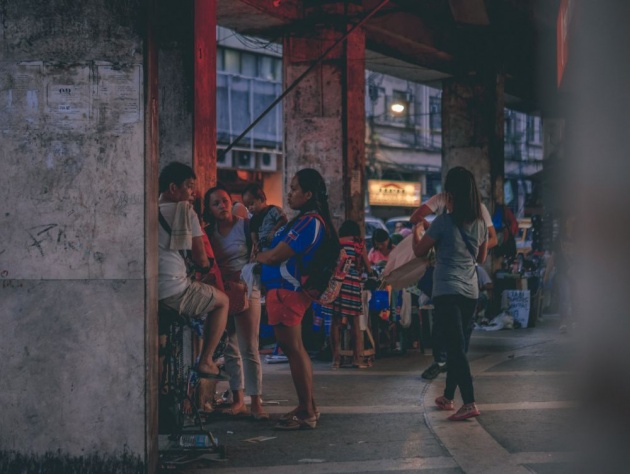 Colon Street Night Market is an annual event which happens a few weeks before Christmas until the end of Sinulog which normally happens on the second or third weeks of January.

Most vendors' items are garments, shoes, dresses, toys, and jewelry. Majority of these items are China made and are very cheap in price. Not to also forget that one can haggle with the price too according to your skill. These vendors set up tents to display their goods. The night market opens at around six in the evening until morning so it is expected that there are also those who sell food and drinks.

During our visit, I have seen kids too playing in the narrow walkways of the night market. But aside from Cebuano buyers, I spotted a couple of foreigners too who flocked around a vendor who sells shades and sunglasses. Perhaps, they needed that for their beach adventure the next days.

I didn't assume that I would like this photo walk. In fact, I had no certain expectations prior to but after this, I somehow got more interested in street photography. I felt like my 30mm lens was not enough for this type, perhaps a zoom lens is better to have with street photography but I am not sure how I would be able to manage to adjust my setting each photo I take.

Surely, there will be more photo walk similar to this in the future. In the next few days, we will hit the streets again and improve more on street photography!

Participate in this Querlo chat about Photography:

Image credits: Jean Beltran via Cloudinary I reckoned we have a different type of goals this year co…