Common Filipino Veggies at its Best

Every country has their own way of cooking and eating VEGETABLES. Known to have existed and cultivated by man since time immemorial (10000 BC), veggies have been the staple food of man and animals alike. Eaten raw or cooked, veggies are very rich in vitamins and minerals that contribute to long life.

Yes, it is a fact that vegetarians live much longer than their carnivorous counterparts. Nutritious veggies also strenghten the immune system and make vegetarians less prone or susceptible to many kinds of diseases or illnesses. Because of ancient trading and commerce, foreign vegetables found their way to soils of many nations. Many tropical veggies find it hard to grow in temperate regions of the world and vice versa, unless perhaps properly cultivated and nurtured. 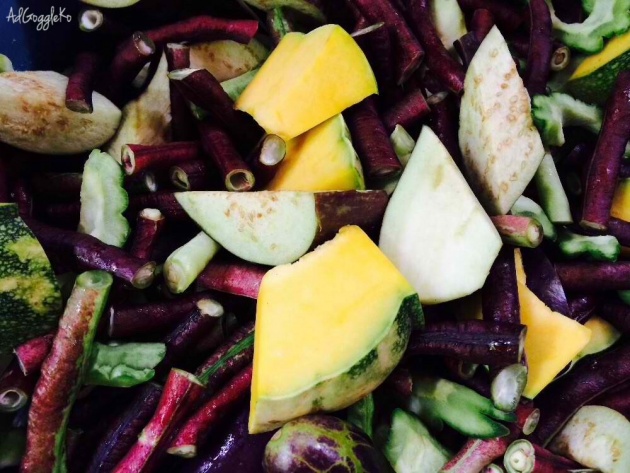 In the Philippines, we have a variety of veggies that may be found or are common in other countries as well. Let me share with you what veggies we have locally together with their nutrient values and medicinal properties. 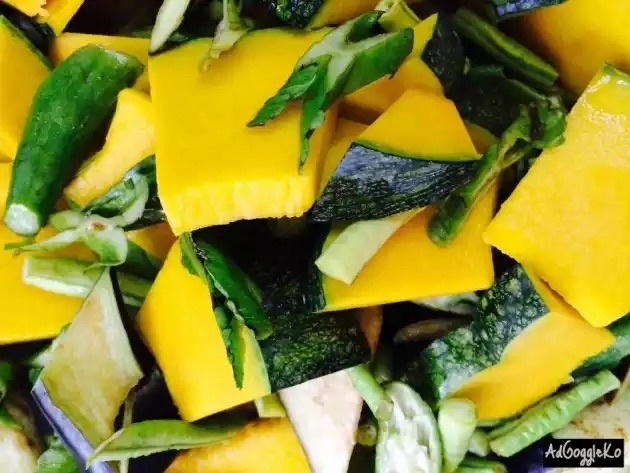 Lets start with OKRA. Also known as lady's fingers in some parts of the Americas and Europe, okra is a tropical plant that is drought tolerant. A close relative of asparagus, okra is rich with vitamins A, B, C and calcium. You can cook it boiled or mixed with other veggies as in stews or soup, etc. Watch the video above on how to cook "pakbet" or "pinakbet". 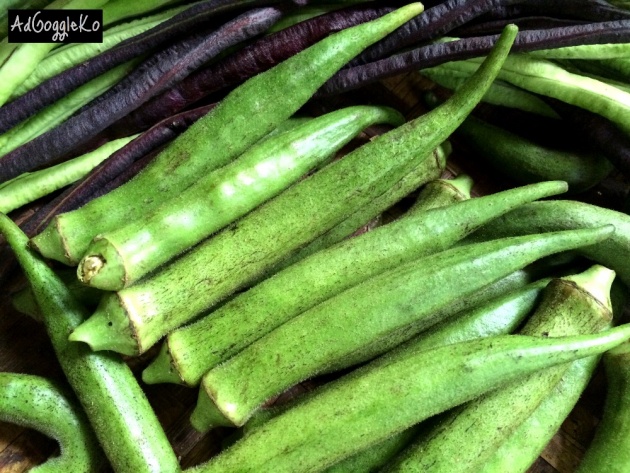 Okra is best in preventing kidney disease, asthma and diabetes. It may be full of vitamins but was one of the veggies I hated eating when I was a little girl. It had a slimy or sticky substance that didn't conform with my taste buds. It reminded me of something yucky. LOL! 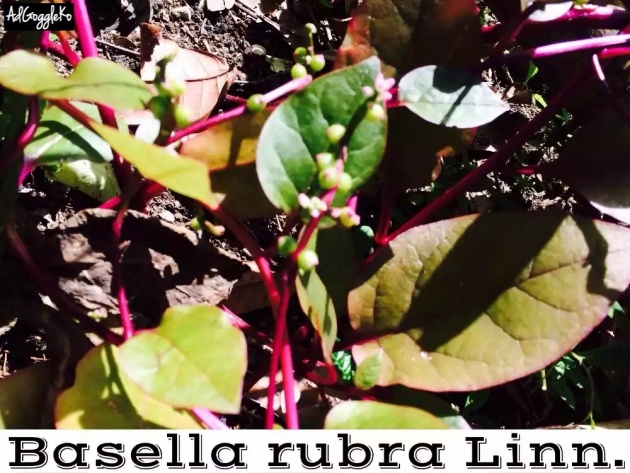 ALUGBATI -- it is also called Malabar Spinach or vine spinach in the west. Actually, "alugbati" is a specie of spinach that is also used in salads, stews and soups. Similar to okra, it contains iron, vitamins A, B and C. It is also an effective anti-oxidant. "Alugbati" is a preventive cure for constipation, diabetes, heart disease and even cancer. Watch the video of "Alugbati with Shrimp" recipe above. 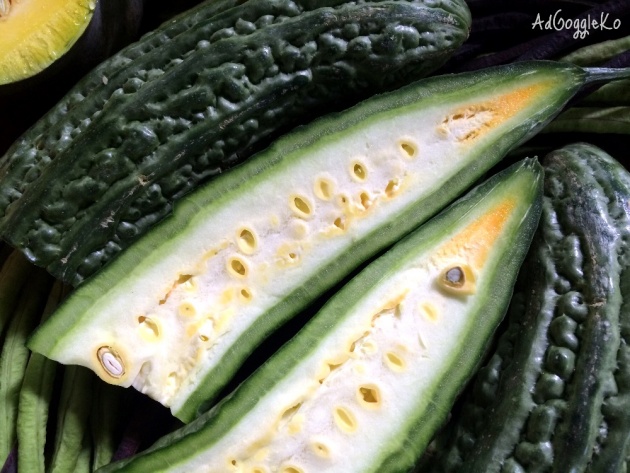 AMPALAYA -- also known as bitter melon or bitter gourd. Unlike the previously mentioned veggies, ampalaya is packed with vitamins A, B1, B2, B3, iron, calcium, magnesium, fiber and potassium. It is a good antidote for infection and high blood pressure. While bitter in taste, many Filipinos have special ways of cooking and eliminating the bitter taste of this veggie.

"Ampalaya" was another veggie I hate eating when I was young. My mom force feeds me with it while crying. I didn't like its bitter taste. Watch the video on how to cook sautéed bitter melon above. 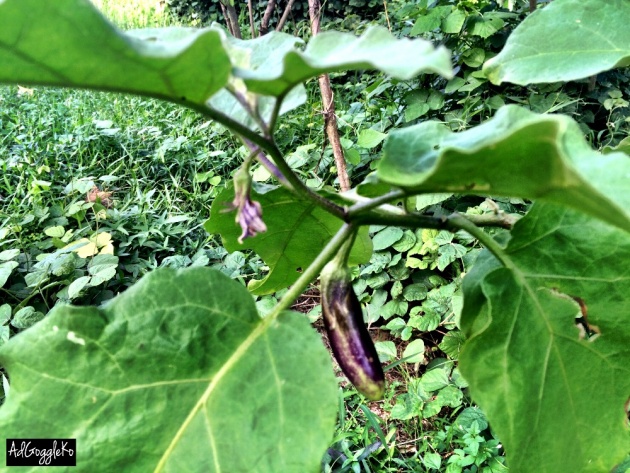 TALONG or eggplant in English. It is very common to find eggplants almost any part of the world. You have the long and round variety of eggplants. It is a common ingredient mixed with vegetable soups and can be eaten pickled, stir fried or boiled. Eggplants are fibrous and are rich in manganese, vitamins K, B1, B3 and B6. It is an excellent antioxidant, antiviral and anti-cancer source as well. Watch "Eggplant Salad Recipe" video above. 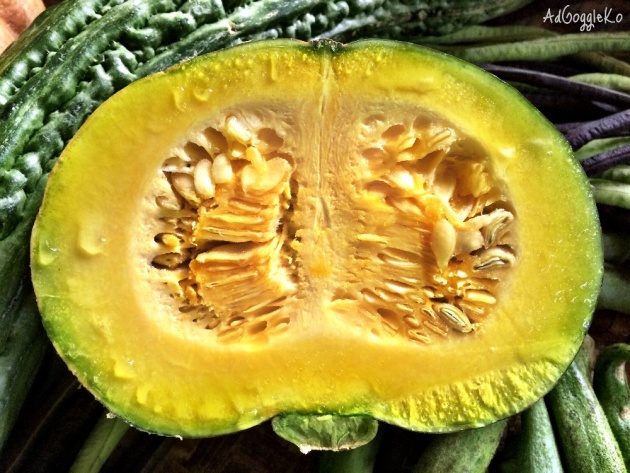 KALABASA or pumpkin and squash as it is called in English. It is a main ingredient in making delicious soups, pies and stir-fried mix with other veggies.

Squash, scientifically named Cucurbita is perhaps the best source of lutein and beta-carotene. It also provides vitamin A, B, C and E is said to improve or enhance one's vision and a good source of protein, manganese, riboflavin, phosphorous, thiamin and dietary fiber. It is best known as a preventive cure against cataract or eye diseases. Watch the video on how to cook "Squash and String Beans in Coconut Milk" above. 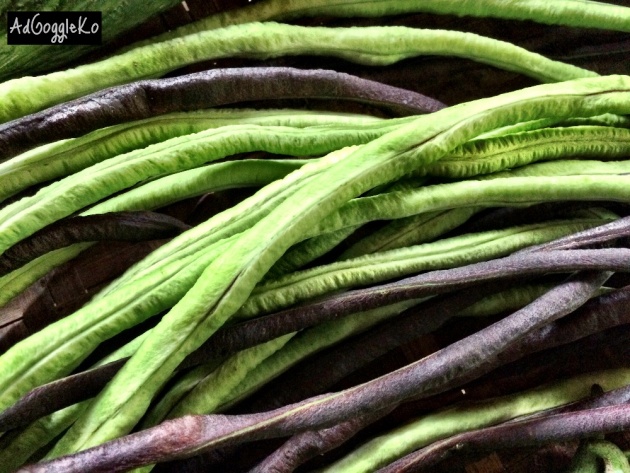 SITAW -- cowpea or string beans. Great for iron building needed by pregnant and menstruating women. Normally cooked stir-fried, steamed or mixed with vegetable soup. String beans contains vitamins A, B1, B6, C, K, calcium, potassium, magnesium, omega 3, protein, thiamin, iron and fiber. String beans helps protect your immune system and because it is a good source of vitamin K, it prevents blood loss after an injury or from nose bleed or abnormal bleeding.

String beans is one of my favorite veggies since I was a kid. Small beans from its pod reminded me of fish eyes which I relish eating. Watch how to cook my favorite "Adobong Sitaw" or "Sitaw Adobo" video above. 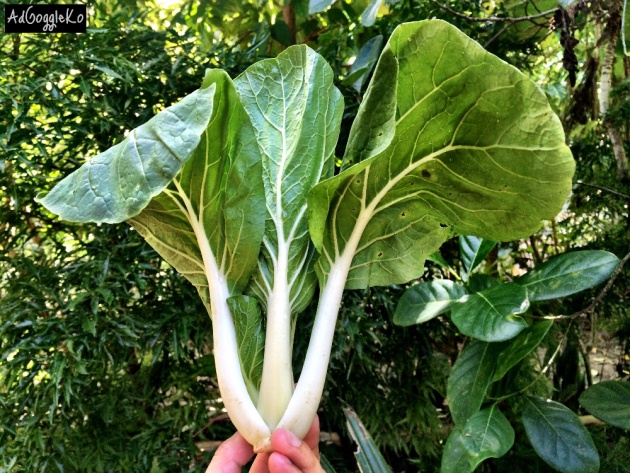 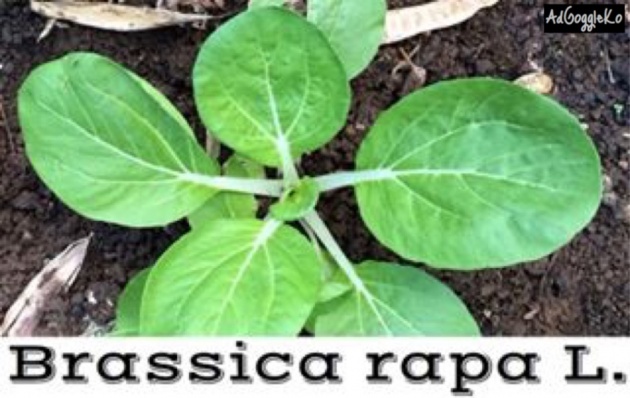 PECHAY (petsay) or Chinese cabbage. It is a common ingredient found in many Asian cuisines. It can be stir-fried, steamed, boiled and added to vegetable soup. It is a very good source of vitamin A and C and is also rich in fiber and potassium. It is known to prevent breast and colon cancer and helps in attaining strong bones and healthy skin. To get the best nutritional value out of pechay, it is suggested to wash it clean and eat it raw. Very crunchy. 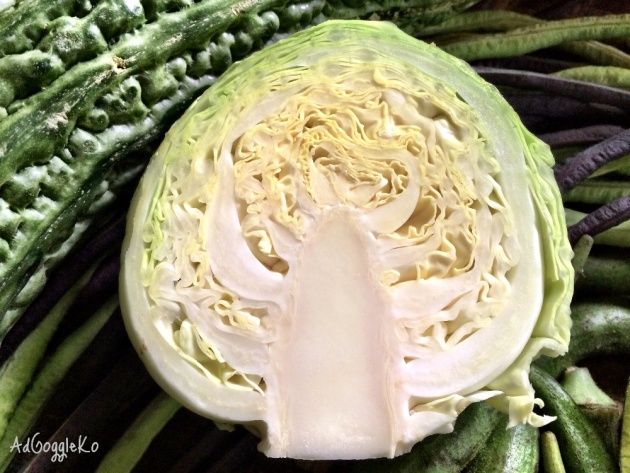 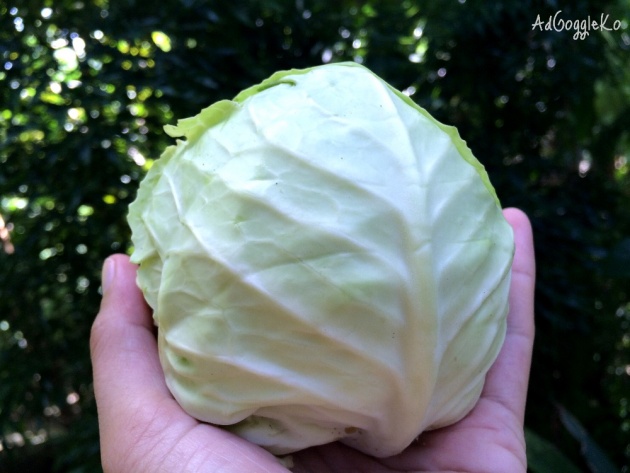 REPOLYO or simply cabbage. Believed to possess excellent nutritional values, cabbage is a powerful antioxidant that can prevent cancer, heals ulcers, rheumatism, heart disease, skin problems and strenghtens the nervous system. It also enhances ones vision and is energy building. It also contains vitamin A, B6, B12, C, E and K.

Cabbage is a main ingredient of coleslaw and other kinds of salads and stew. It also has anti-carcinogenic properties that help prevent various types of cancer. Watch "Growing Cabbage - Tips & Harvest" video below. 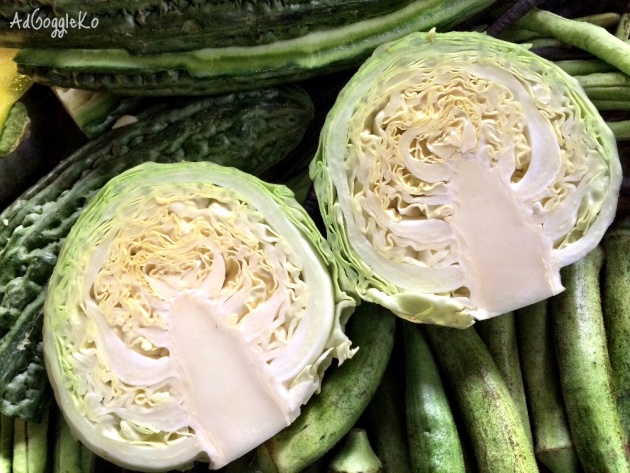 The best cabbage and other veggies comes from Baguio City - the Summer Capital of the Philippines. Baguio is situated 5050 feet above sea level and its cold climate is highly conducive to grow a vast array of veggies, strawberries, roses and other ornamental flowers. These produce find their way in almost all markets and malls of Metro Manila and nearby provinces. 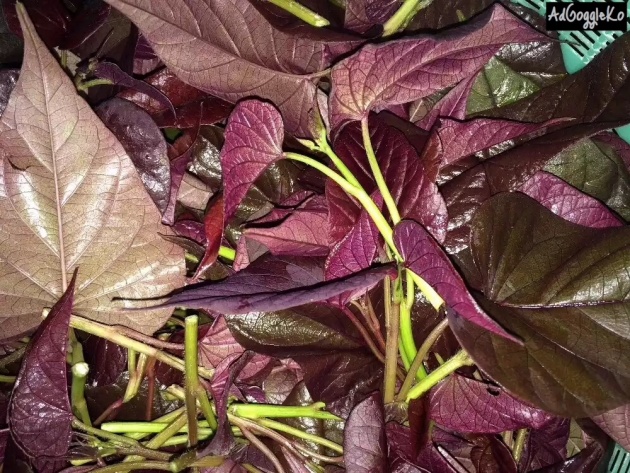 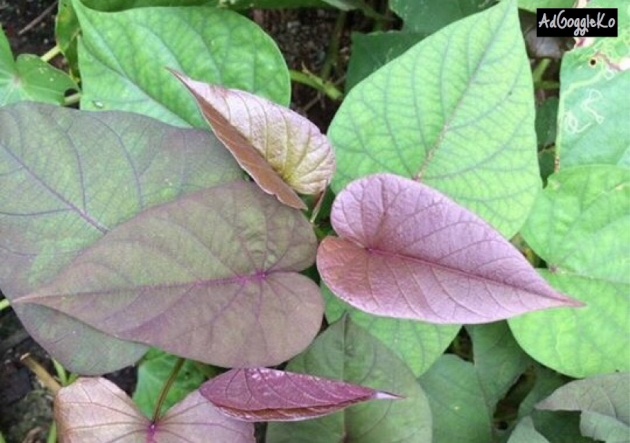 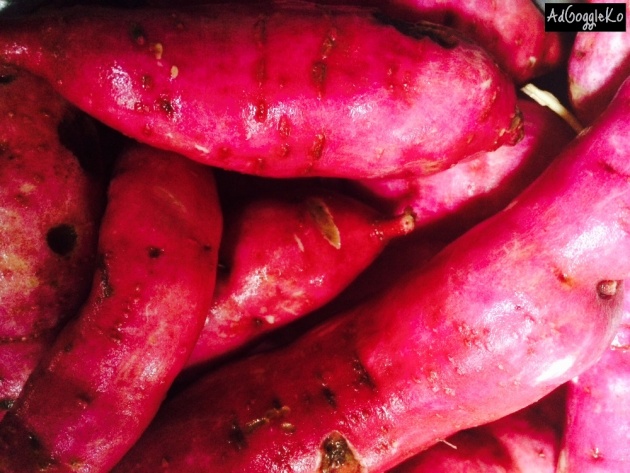 CAMOTE (kamote) or sweet potato. This tuber veggie originated from tropical America and introduced to the Filipinos by colonial Spaniards. Sweet in taste, "camote" is usually boiled and ate with fried fish. Its leaves, called "camote tops" is usually added to stews or eaten as a salad.

"Camote" and especially its leaves are a good source of protein, calcium, magnesium, sulfur, phosporous, iron, sodium and zinc. Taken as a hot juice, "camote tops" is known to prevent stroke and lowers blood sugar and cholesterol. It also has powerful anti-bacterial properties that can effectively treat dengue fever by increasing platelet count by strenghtening the body's immune system. Eating or drinking boiled "camote tops" is very rich in iron as well. Good for your blood. It likewise promotes regular bowel movement. 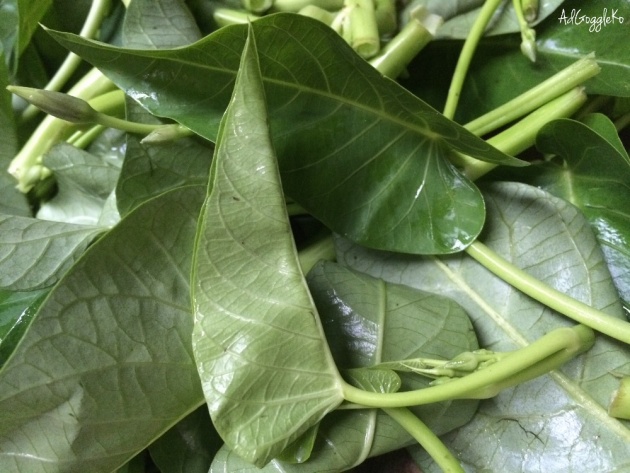 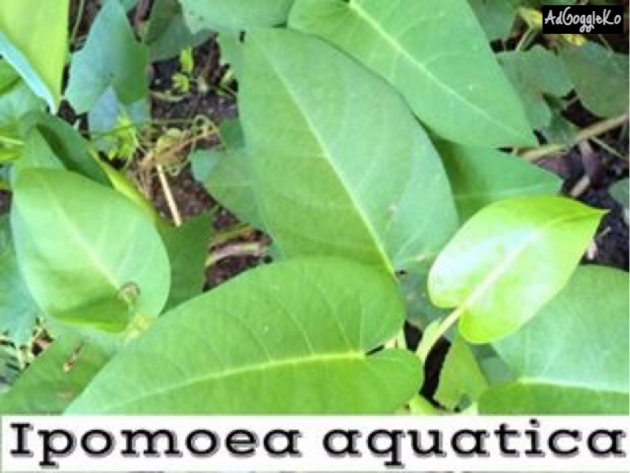 KANGKONG, scientifically named Ipomoea aquatica is a kind of spinach. They can be found in ponds or on the ground. They are commonly used in stews or lightly boiled as a salad. Taken regularly, "kangkong" is said to increase body resistance against cancer. It is also rich in vitamins A and C and iron. An excellecent choice for anemic persons. 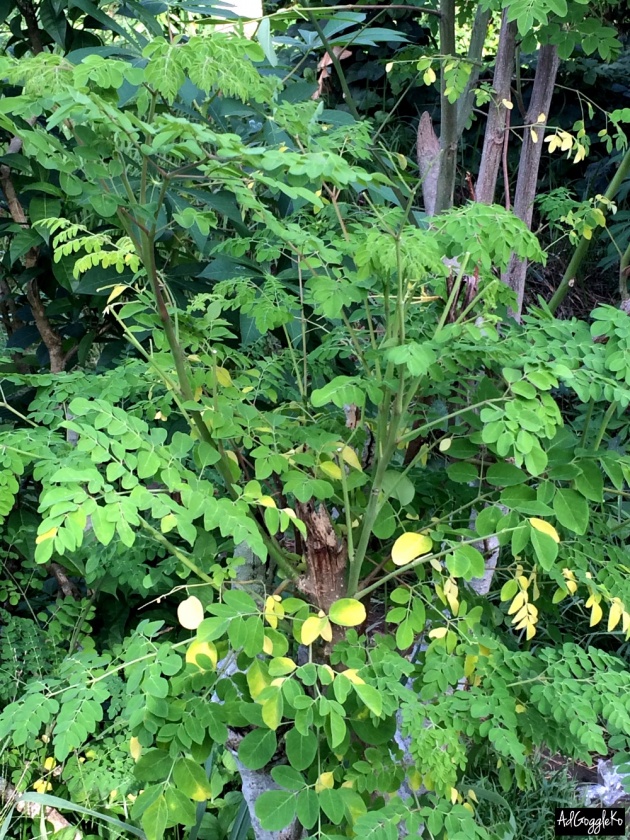 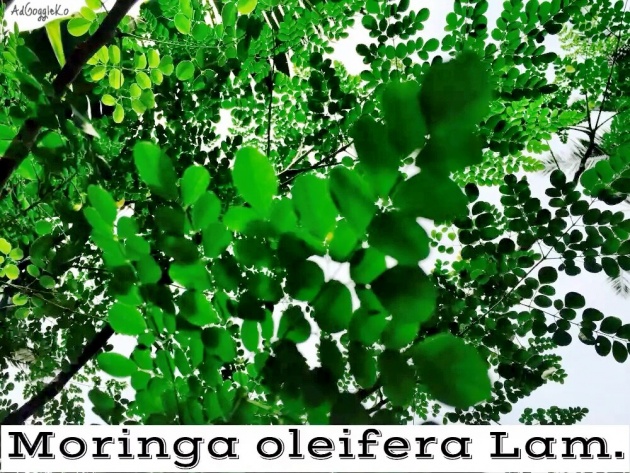 There are hundreds more of Philippine vegetables but the best of the best and my all time favorite is MALUNGGAY or Moringa in English. It is known as the wonder tree or miracle plant. Its leaves, fruits, bark and roots are all edible. It is also dubbed as the most nutritious plant on earth. Its leaves are used as an ingredient in soups and stew. Medical studies show that "malunggay" contains 90 nutrients, 18 amino acids, 36 anti-inflammatory properties and 46 types of antioxidant. I don't need to list all of its mineral and vitamin content. Name it, "malunggay" has it. This unique plant is a sure-fire cure for many health problems ranging from simple colds to cancer. 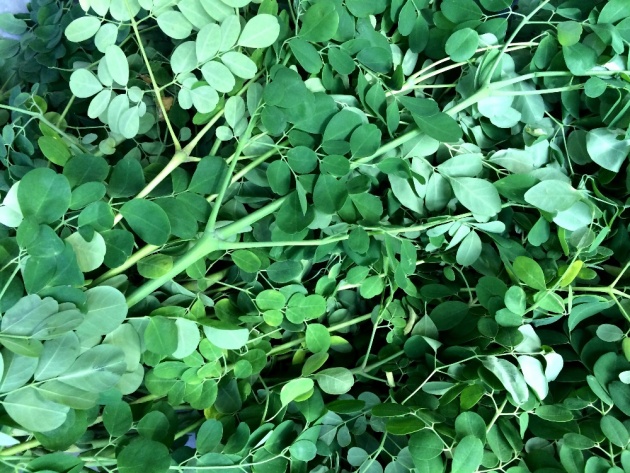 "Malunggay" is seven times the vitamin C obtained from oranges or citrous fruit. It has four times the vitamin A found in squash or carrots. Four times the calcium and twice the protein in fresh milk and three times the potassium we get from bananas. It prevents blindness, cough and other respiratory ailments, anemia, diabetes, cardiovascular diseases, tuberculosis, liver and kidney problems, skin disease, skin burns, digestive problems, arthritis, rheumatism, muscle or joint pains, sore throat, wound or sore infection, malnutrition in infants, tumors, viruses and fungal infection and most of all cancer. Watch the video on how to cook "Moringa Corn Soup" above. 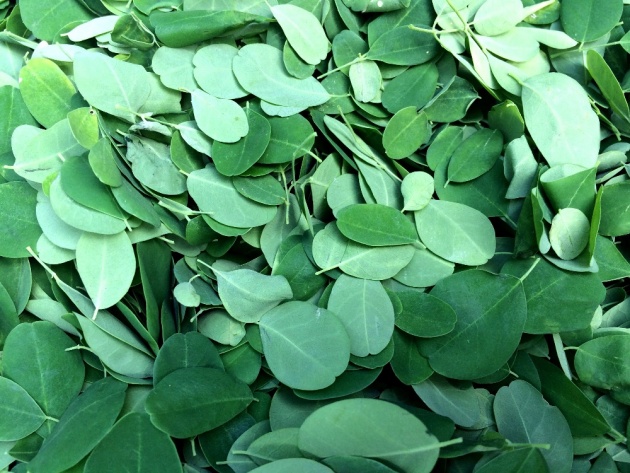 "Malunggay" has powerful chemoprotective properties that can fight prostate and skin cancer as well.

"Malunggay" is best for lactating mothers because it effectively increases milk flow.

To sum it all up, "Malunggay" is indeed antimicrobial, antibacterial and anti-fungal. It is ideal and best to have this miracle tree in your yard. Watch the video on how to cook "Moringa in Coconut Milk" above. 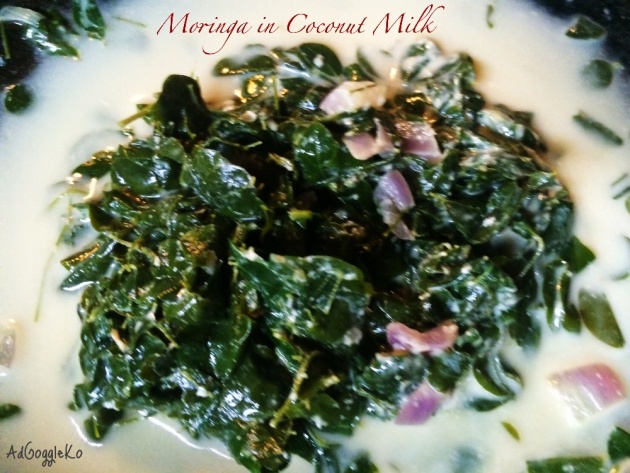 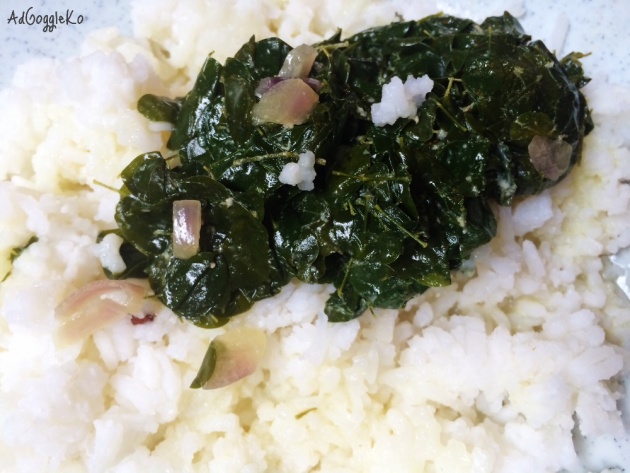 "Malunggay" a day will absolutely keep your doctor away! 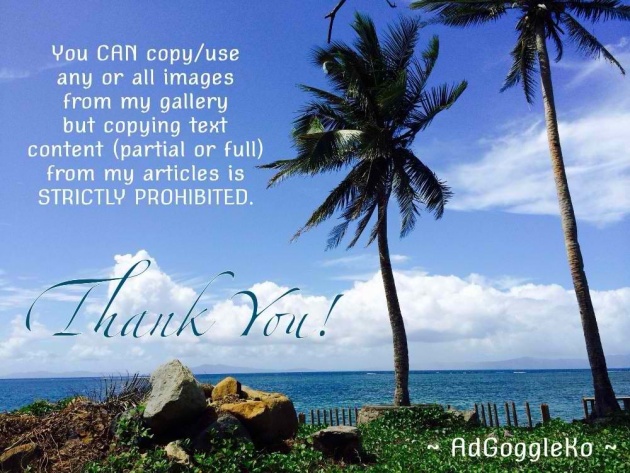