The Creativity module is one of my favorite, I find it enjoyable to do as I get a lot out of it, this is because before this module I didn't know I had all these ideas in my head. Turns out that I have loads, I just need to find them and that is why I love this module. Having done it for two years now I can now finally say that I am creative.

I have really enjoyed the screenings of world cinema films as this has given me an insight to some of the amazing films that are out there and that I never knew about. I enjoyed them all which I was surprised about, but my particular favorite has to be X Drummer. A lot of people didn't turn up to the screening as they thought it may be offending, but I didn't think it did at all, it showed such violent, disgusting acts in a light hearted way, and that made you want to watch more, and engaged you more, instead of making you look away, your eyes were glued to the screen. I would say my least favorite was “The Lemon Tree” I thought the story was a bit weak at times as all we seen was a women trying to save her lemon trees. However I still enjoyed looking at two different cultures and I was fascinated at how two countries who were as war together managed to make a film together, no matter how much contriverstiy there was.

The PVN is something I personally love to do, I enjoy writing crazy ideas down, and then expanding on them at a later date. I do find it hard to write stuff from lessons into my PVN as I don't think we should have to, I feel that the PVN is for my thoughts, ideas and creative bursts, I don't think I should have to write down about a film we have watched or an exercise we have done as It ruins the order and feel of my PVN, I then find my ideas become lost and jumbled about. Also we shouldn't be told our PVN is messy and needs to be neater, because the PVN is ours and everyone is different and writes there stuff down differently, Some people may prefer to write the stuff in the PVN scruffy where as others may write it neat. Everyone has there own way of doing it and I don’t think we should be down graded or told how to when it is our “Personal Visual Note Book”. Overall the PVN is a good idea as before I would think of an idea and then forget about it, but it has now become a thing where I have to write it down in my PVN or on my phone and then at a later date in my PVN, it also helps with confidence and Idea generating. This being you can write an Idea down, Perfect it and then you feel confident to go tell anybody about it, Instead of stuttering, and making it look like you don’t have and idea.

One of the most recent tasks was to make a 10 minute presentation on a film theory of our choice. I worked with Toby and we chose to do ours on “marketing and how it has effected Oscar winning films” The idea was to look at how much money is juiced into getting films out there and how much money those films make. Whilst also looking at how little Oscar winning films make and how much there marketing costs. We didn't want to stand there for 10 minuets and talk to the class so we decided to make it as interesting as possible. First off we had chocolate which everyone got to eat, which was to show how marketing had made the class think they were eating a “Twix”, when in actual fact they were eating a cheaper version called “Crocks”. It proved our fact that people only see what marketing wants us to see, So for example we all know about Batman because its plastered everywhere, where as not everyone will of heard of “Hurt Locker” because it was not everywhere, this is down to its marketing. We then did a game and a visual metaphor with string to try and interest the audience and get them to remember what we are saying.

I really enjoyed planning the presentation and I think it was a great day listening to all the other presentation. I would have liked to do a few more presentations like the film theory as I learned some very interesting facts.

There hasn't been anything that I have disliked about this module, The PVN has helped me gain more confidence about myself, I have also learnt a lot about what kind of person I am, which was very interesting to know, It also allows me work on the skills I lack at. I have enjoyed this module and I wish other modules had such a variety of tasks in them instead of just lectures that do the same thing every week.

Overall the module has been great, Feedback has always been quick and fast. One thing that did get annoying is how we had some lectures within the shooting period of our films and level 6’s, this meant we had to choose what we are to miss, Do we miss a lecture and let our grade be effected by it? Or do we not do the crewing hours which will effect our grades in another module as well as risk any future work from that level 6. I didn’t think that was at all right, and it really does need sorting. We will be level 6’s next year and this will affect us again as we will be loosing crew members at different time who have tutorials or lessons. 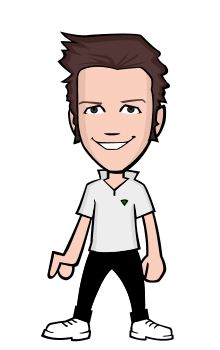 I am 19 years old and currently at staffordshire University where I study Media(Film)Production. I studied Film at college for two years where i gained many experiences. I enjoy many roles in the film industry, But I hope to have a career as a Producer, Gaffer, Sound or Camera. While…

The first steps to being fiancially smart. Is to stop looking at money as your enemy. Something I le…