As the world's greatest investor Warren Buffet famously said, "never invest in in something you do not understand." In order to successfully invest in cryptocurrencies, investors must understand them including knowing their jargon.

Blockchain: Database shared across a network that forms the backbone of cryptocurrencies. Records of transactions are grouped together into blocks that get added to an ordered chain. Here is how a transactions gets included in the chain:

1. The transaction gets recorded
2. The computers in the network, known as nodes, verify the transaction
3. The approved transactions are added to a block with other recorded transactions. Each block contains a unique code called a hash as well as all the hashes from previous blocks
4. The block is added to a chain of blocks, called the blockchain, where hash codes determine the order
Why Hacking Blockchain is almost impossible: Each hash is a string of numbers and letters with the same length. If a hacker changes the hash of one block, a new hash is created. However, since all the other blocks in the chain have the old hash, a hacker would have to change the hashes of every single block to change the chain or else the new hash will get deleted.

Joining the Network: Due to no centralized control, trust is a problem. To get around this, blockchains require new computers to solve difficult computational problems to add a block to the chain; this process is known as mining.

Bitcoin Maximalism: the belief that Bitcoin should be the only cryptocurrency

Relationship Between Bitcoin and Altcoins

Paper Wallet: piece of paper with public and private keys

HODL (Hold on For Dear Life): strategy of buying and holding a cryptocurrency for a long time

DYOR (Do Your Own Research): research coins independently

Fundamental Analysis: the study of the fundamentals of a coin including the team behind the coin and the goal of the coin

Smart Contracts: programmed contracts that automate the transfer of money; for example, a smart contract could store money and a house key and only transfer rent to a landlord and the house key to the tenant if both parties released these items to a storage bank 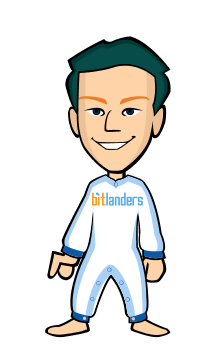 #NIX Platform just released a teaser video for the upcoming new wallet. It's core features are a bea…