A loose remake of the classic 1972 TV movie The Night Stalker, starring Darren McGavin, and the subsequent series of the same name, Night Stalker (2005) has a few things going for it. It stars the ever-charismatic Stuart Townsend in the main role of Kolchak (an enigmatic journalist, fascinated by stories of the supernatural), it has high production values, and has an endlessly intriguing tone.

But it also has a lot going against it. Co-star Gabrielle Union, although a competent and likeable actress, is miscast, the stories (mostly of the "monster of the week" variety) bear a striking resemblance to many an episode of The X-Files, and the series can't seem to escape the ever-present clichés that haunt it.

The reason for all these missteps is very clear. The creator of Night Stalker is none other than Frank Spotnitz, one of the main writers and co-producers of...wait for it...The X-Files. And herein lies the problem. Spotnitz seems unable to find a way to escape The X-Files's shadow; you have a believer, Townsend's character, paired with a skeptic, Union's character; you have the monster of the week formula, with a very light dose of a continuing mythology mixed in; and you have the ominous voice-over at the start and end of every episode; all mainstays of The X-Files.

So why give a damn about this series? Because it has something to offer. In these ten episodes there are some fine moments to be found: the terrifying, polished pilot is excellent, Townsend's character has a very dark back-story that grows more intriguing as the series progresses, and the final produced episode, What's the frequency, Kolchak? is nothing short of creepy perfection, which is to be expected, since it was written by none other than Vince Gilligan, the man behind some of the best episodes of The X-Files, and the creator of Breaking Bad.

Sadly, the series was cancelled after only ten episodes. So what we have left is an intriguing little series that had potential. And judging from the interviews with Spotnitz featured on the DVD release, had the series continued, the plot would have taken a very dark turn.

But, overall, this is definitely worth a watch, as it passes the most important test any cancelled series has to go through: after the final episode ends, you're still craving for more.

The series is available on DVD and for paid download. 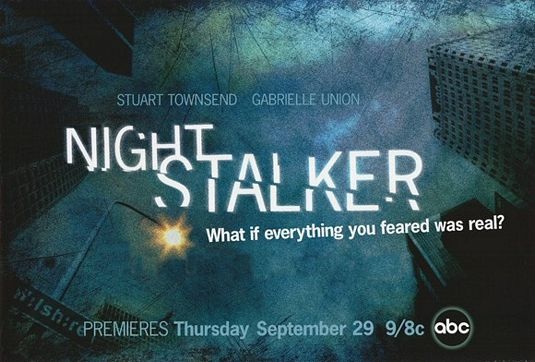 Delete Files That Can't Be recovered

Delete Files That Can't Be recovered.. We can delete filesso they are impossible to recover. Let's s…

A Short Introduction image credits: pixabay.comI'm living in a world with full of fantasies. I'm liv…