In the video, Powers states that she grew up in Puerto Rico. Her seven-year-old son doesn’t know how to speak Spanish, so she has made it a point to teach him. She says that her and Hernandez’s hope in Cupcake Digital was to not only provide fun and educational apps for children, but also make the apps able to provide Spanish experiences for children. This creates opportunities to not only target Hispanic families but also children who may wish to learn a new language or who are growing up in bilingual households. By creating multicultural and bilingual apps, Cupcake Digital is able to reach new audiences and stay ahead of the curve with interactive storybooks and children’s apps. 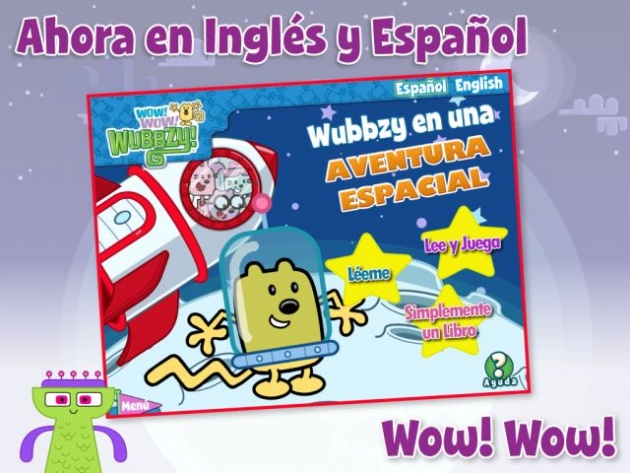 To reach bilingual children, Cupcake Digital used its Wubbzy character from the Nick Jr. Emmy award-winning show “Wow! Wow! Wubbzy!” Wubbzy in Space, or “Wubbzy En Una Aventura Espacial, was the first app to have a Spanish counterpart. In the video, Hernandez explains the various features of the Spanish Wubbzy apps. She says:

“One of the best things about the way that these apps are built is that you can toggle back and forth between English and Spanish at just the touch of a button. So our goal, as Jennifer said, is to make it as entertaining as possible for kids and get them into the narrative in both languages. Hopefully by having it mirrored, they’ll start to pick up a little of it.”

Hernandez also states that she and Powers speak to their children in both languages in their homes. She adds that there are also games as well as Read to Me and Read Along options that provide Spanish narration for children to follow. Future Cupcake Digital apps will contain more educational games with sight words, letter recognition, and number recognition in Spanish. Powers states that the next Wubbzy app to be bilingual is Wubbzy’s Dinosaur Adventure, which will also have more educational components. These apps cost $1.99 each, the same as the English version on smartphones and tablets.