cutes, sweet and simple. how to make donuts

Recipes How to Make Donuts Simple And Practical Materials:

- Butter as much as 3 Human Resources

- Instant Yeast is as much as 11 grams or half wrap

- Milk powder and condensed as much as 3 Human Resources

- as many as two grains egg

How to Make donuts easily:

1. first 2 eggs beaten until frothy, then mix the salt, sugar, milk, flour and butter, then stir until blended ,

3. If you have the subs let stand 21 minutes and the dough is fluffy, it is time take as much as 1 tablespoon of dough and round it off. after it has been rounded mix the dough into the flour so that the dough is not sticky. Do it this way repeatedly until the dough runs out, then that looks fluffy dough, let stand for 21 minutes

4. After let stand for 21 minutes and the batter is mixed with wheat flour expands, it is time Mother of heating oil, which has been given flour dough do forget given hole. after cooking oil heats up, enter the donut batter into the frying oil, and use a small fire, wait until the donut change color to brown, then remove the donuts and leave until cold donut.

5. After the donuts cool, then rub it with butter donuts, do it this way repeatedly. then sprinkle with Ceres, cheese, strawberry or ingredients that Mother wanted to taste 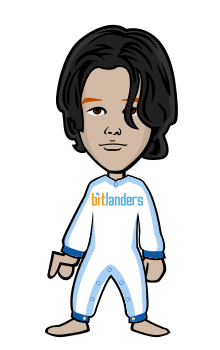 How to use Bitlanders effectively ?

I am new to this website and i would like some opinions how i can use Bitlanders effectively ...... …

HOW TO MAKE A KILLER FIRST IMPRESSION?

You only get one chance to make a killer first impression. Its easily one of the most important pers…