Water storage
Flood prevention: water is stored at times of excess flow to conserve it for later release at times of low flow, or to reduce flood damage downstream.
Power generation
Factors affecting reservoir site
the location of the dam
the run-off characteristics of the catchment area (Hydrology)
the water tightness of the proposed reservoir basin (Geology)
the stability of the valley sides (Geology)
the likely rate of sedimentation in the new reservoir (Hydrology)
the quality of the water
the possibility of associated seismic activity (Earthquake Engg)
the present land use and social factors (Socio-economic studies)
the purposes of the reservoir
Reservoir Storage Capacity
Relationship between capacity and yield.
Yield is the quantity of water that a reservoir can supply at any given time.
Maximum possible yield equals the mean inflow less evaporation and seepage loss.
The maximum quantity of water that can be supplied during a critical dry period is of prime importance and is defined as the safe yieldThe maximum elevation to which the water in a reservoir basin rises during ordinary operating conditions is referred to as the top water level or normal pool level.
Top water level is fixed by the top of the spillway.
Minimum pool level is the lowest elevation to which the water is drawn under normal conditions, this being determined by the lowest outlet.
The water below the minimum pool level, , is called as dead storage.
During floods, the water level may rise above top water level but this surcharge cannot be retained since it is above the elevation of the spillway.

Investigation of reservoir sites
Hydrological records
Records of stream flow are required for determining the amount of water available for storage purposes.
These records contain flood peaks and volumes that are used to determine the amount of storage needed to control floods, and to design spillways and other outlets.
Topographic maps
Topography influences the storage capacity
Geology
The field reconnaissance provides indications of the areas where detailed geological mapping may be required and where to locate drillholes
Drillholes are located in low narrow saddles or other seemingly critical areas in the reservoir rim.
Drillholes on the flanks of reservoirs should be drilled at least to the proposed floor level.
Permeability and pore water tests can be carried out in these drillholes.
Seepage vs Leakage 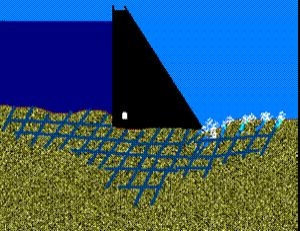 All dams are designed to lose some water through seepage.
Seepage helps make a dam more stable. Controls to keep seepage at an acceptably low level are designed and incorporated into the dam and its foundations.

Reservoir leakage - remedies
Cut-off trenches
Grouting: effective where localized fissuring is the cause of leakage.
Impervious linings
Clay blankets or layers of silt
Cut-off trench
A cut-off trench is a trench that is cut along the centerline of a new dam.

Grouting
Holes are drilled into the foundation and grout is pumped down them. If suitable grout and methods are used, the grout spreads out into the open joints and fills them.

Use of blanket – Tarbela dam 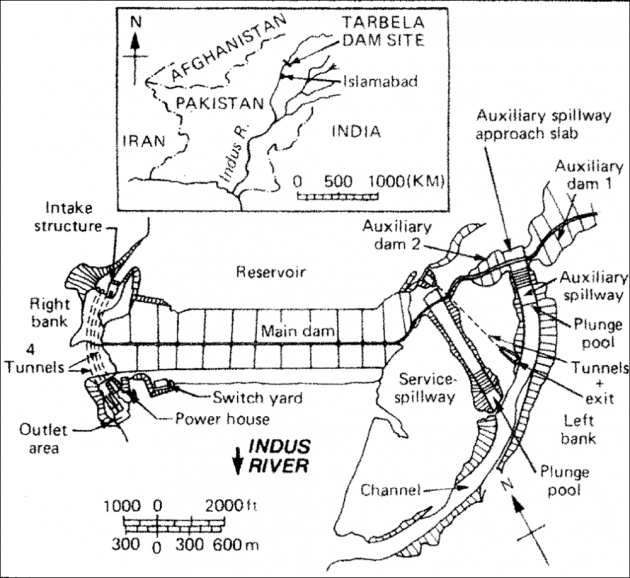 Tarbela dam is founded on alluvium more than 700 ft deep. Sandy gravels and cobbles are quite dense in  place.
A cutoff to the bed rock with grout curtain, cutoff trench or slurry trench was not feasible.
A 480 ft high dam extending about 9000 ft across the main river valley was designed with an upstream impervious blanket to control seepage. An impervious blanket generally extending 7500 ft upstream of dam was laid over the river alluvium.
The reservoir was filled for first time to 80% of its max height in 1974, when a mishap occurred in Tunnel 2, requiring the emptying the reservoir.
On emptying the reservoir, the exposed upstream blanket revealed 362 sinkholes 1 to 40 ft in diameter as well as 140 cracks in the blanket 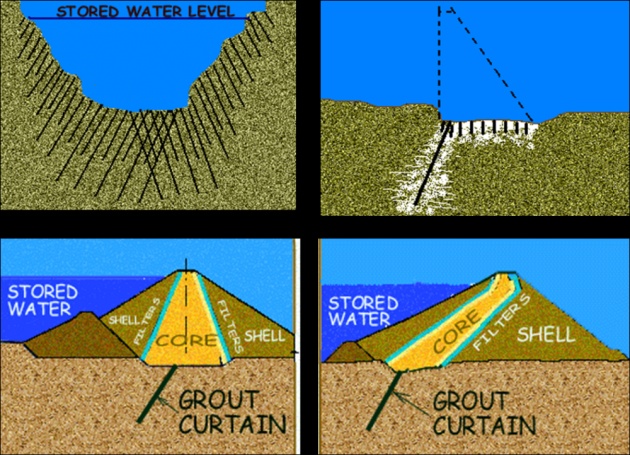 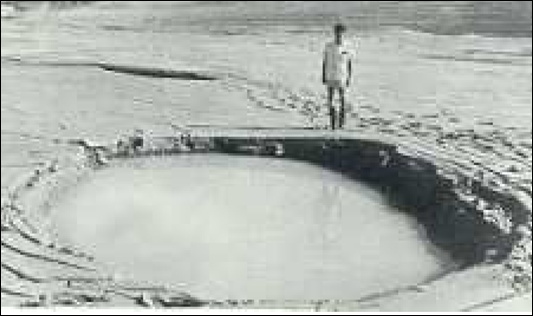 Type of Dams
The type and size of dam constructed depends on
the need for and the amount of water available,
the topography and geology of the site,
and the construction materials that are readily obtainable.
Dams can be divided into two major categories according to the type of material: concrete dams(gravel containing), and earth dams(soil particles containing).
Concrete dams can be subdivided into gravity dam, arch dam buttress dams etc.
Earth-fill and rock-fill embankments are the earth dams.
Parts of a Dam
Dam body:  it is the main part of dam act as a imprevious barier.
Reservoir: hand made lake behind the dam
Spillway:  it is the part of dam through which flood water is to be expelled.
Sluice gate:it is the gate present in the upper surface of dam body

Today is my second day at Bitlanders!

Independence Day 2018: The only city in the country, which was celebrated 5 days before August 15