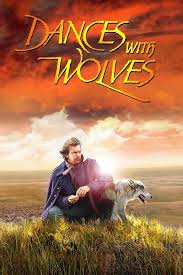 I recently watched Dances With Wolves! This movie had my complete attention from start to finish. Views of the open land and mountains were breathtaking. The story being told is one to appreciate and respect. I could watch over and over again.

This movie is about a lutinetenant (John Dunbar) that went to the frontier to set up a post and wait for more soldiers. However, the only two people that knew he was there died. While waiting for troops to arrive Dunbar had some run ins with the Sioux indians. They soon realized Dunbar was not a threat and established a way to communicate. It wasn't long before Dunbar became a friend to the Sioux.

Over time Dunbar became part of their tribe. He was held to a higher standard after a successful hunt. When it came time for the Sioux to go to war, Dunbar was ready to fight with them. However, he was asked to stay and watch over their families. The war then came to the camp and he fought to protect them. Dunbar was also able to marry a white woman that the Sioux raised.

When the tribe was relocating, Dunbar went back to his post to grab some belongings. Upon arriving he noticed that there were US soldiers making post. The US soldiers captured and tortured Dunbar. My favorite part of the movie is that Dunbar stood up for the Sioux indians. Not only did he stand up for them, but the Sioux came back for Dunbar as he was one of them.

Dances With Wolves is a 3 hour movie, but do not let that deter you from watching it! This movie can be slow at times but the little details play a big part in the movie as a whole. I'm going to be honest here, I was not interested in the beginning of the movie. I actually asked my family when it was going to get better.

The war scene in the beginning threw me off, as I am not a big fan of war movies. Thankfully it did not last long. I realize now that without the war scene, I would not understand the movie. I would not know that John Dunbar was a lutinetenant if the movie started out at the frontier. Or why no other soldiers were coming.

Every piece of this movie came together perfectly. Throughout the movie you see hate, love, patience, violence, commitment, strength, understanding and heroism. This is an unforgettable peace of art that is now one of my top 5 favorite movies!

I actually just heard that there is a longer version of this movie that I am anxious to watch. 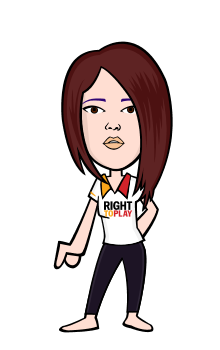