1.       A frame of reference is the set of coordinates relative to which measurements are taken.

2.       An inertial frame is the one in which law of inertia is valid and is a un accelerated frame.

3.       An accelerated frame is known as a non inertial frame of reference.

4.       According to special theory of relativity (a) all laws of physics are same in all inertial frames of reference; (b) speed of light in free space has same value for all observers, and is independent of their state of motion.

RESULTS of special theory of relativity are that,

TIME DILATION: time is not absolute quantity. If an event takes place at a high speed then time of its completion increases according to equation,             t>t0

LENGTH CONTRACTION: distance from earth to a distance star measured by an observer in a moving spaceship ,l,  seems smaller than the distance l0 measured by a stationary observer on earth according to equation

Mass variation: mass is varying quantity and depends on speed of object. It increases with increase in speed according to equation,

Mass and energy are inter convertible according to equation E = mc2

Black body absorbs all the radiations falling on it (when cold) and emits these radiations when heated.

At a given temperature emitted energy has a maximum value for a certain wavelength λmax. and  λmax x T = constant = 2.9x 10-3 mK (wein’s constant)

Total energy E radiated at any temperature T is proportional to the T4 i.e. 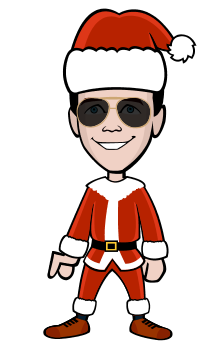