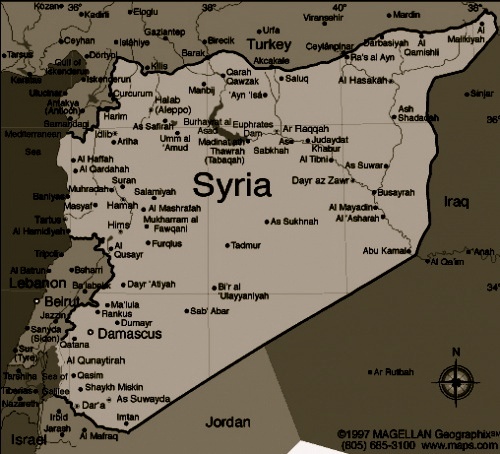 It may not go fast to resolution, but the discussion is moving in rapid volleys. Arab League Plan - call for Syria’s regime head Bashar Assad to step aside in favor of his Vice President has reinvigorated a debate stalled by a Russian feint draft resolution. This time around though Russia will find it difficult to resist the facts on the ground (escalation in violence & killed), plan around which most of Arab states have catalyzed and pressure from Saudi Arabia and GCC countries who may have managed to neutralize or more accurately co-opt Beijing with access to petroleum. See our Article just from yesterday foreshadowing arrival of Arab League Secretary General Nabil ElAraby to UNHQ next week – “On Syria-Arab League Chief Presses UN Security Council” - diplomaticallyincorrect.org/films/blog_post/on-syria-arab-league-chief-to-press-un-security-council-by-ambassador-mo/44201 Bluff & Feint in UN Security Council Behind Scenes: Do not though expect quick results. Moscow will wiggle, but it will in longer-term find it difficult to detour Arab League Plan and having it endorsed by UN Security Council with most significant element of calling for Assad to step aside – do not see this as call for regime change but transition to something as yet not fully defined by intended political outcome or methodology of how to get there. (Back in December 2011, when Russia introduced its own Syria draft resolution, a couple of us noted that Syria’s UN Ambassador appeared too upbeat after his consultation with Russia’s UN delegation – This time he does not appear so secure in the future prospects of this Syria regime before the UN Security Council). The semi-official Security Council Report (www.securitycouncilreport.org) has provided a highly useful summary: “This afternoon (27 January) Council members are meeting in informal consultations to discuss Syria. Morocco is likely to introduce a draft resolution calling for an end to the violence in Syria and supporting the Arab League’s Action Plan of 2 November 2011 and its decision of 22 January. The draft resolution is expected to be co-sponsored by at least seven Council members and a number of key Arab states. It seems that the Arab League’s 22 January decision on more specific steps towards political transition and its request for Council support of its plan of action encouraged the UK to produce an alternative to the Russian draft resolution which had been circulated in mid-December. (The Russian approach appears to have stalled with Council members having never received a revised draft from Moscow following expert level negotiations in December and mid-January.) Since the Arab League meeting last weekend, it appears that the P3 have held meetings with several Arab countries and a number of elected members to discuss the new draft resolution and a strategy for introducing the text to wider Council membership. Arab support is seen as crucial in getting a unanimous Council position on the Syria crisis. The key point in the draft resolution is the Council’s support for the political transition process as defined by the Arab League. Apparently the Arab countries insisted that the Council draft not deviate from the Arab League’s 22 January decision. It seems that the language in an earlier draft on the issue of political transition raised objections from the Arab countries. The Arab League scenario of giving the vice-president the lead during the political transition process could give rise to the interpretation that Syrian president, Bashar al-Assad should step down. However, the Arab countries felt strongly that this should not be seen as calling for a transfer of power.” The full text is available at whatsinblue.org/2012/01/council-consultations-on-draft-syria-resolution.php Regime Change by Any Other Name? Plainly speaking, the term “regime change” has an unfavorable context after the US invasion of Iraq almost 9 years earlier. The Libya interaction and final demise of Colonel Gaddafi was certainly less controversial, and when we called it from outset “regime change” most UN delegations preferred to avoid the term. However, there is little doubt that the intent of many is “regime change” is as matter of regional opportunism, to end the repression/violence, bring about greater democracy/freedom or all of the above. Until January 31, 2012 most of the discussion will still be behind the curtains of the next act of the Syria play. On that date Secretary-General of the Arab League Nabil al-Arabi and the Prime Minister of Qatar, Hamad bin Jassim al-Thani (as Chair of Arab League Foreign Ministers), will speak in open session of the UN Security Council. The Syrian Ambassador is also expected to address the Council - events will increasingly unfold on the stage of the ‘horseshoe” shaped table of the Council. By Ambassador Muhamed Sacirbey - FOLLOW mo @MuhamedSacirbey Facebook Become a Fan at “Diplomatically Incorrect” Twitter – Follow at DiplomaticallyX

Gondola In Villaggio Villagio Mall Is One Of The Beautiful Mall In Qatar, Its Theme of Design of The…

Qatar is beautiful country which is located in southwest Asia. Qatar is ruled by British in the earl…