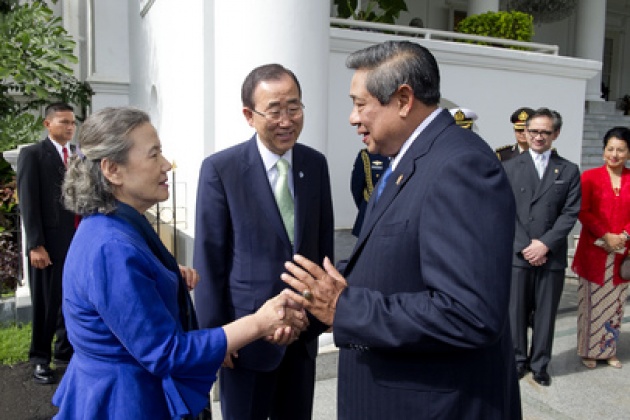 What happens after 2015 when the 8 Millennium Development Goals are scheduled to mature? While most of the current concern is focused on the global financial crisis or economic growth by country, the responsibility to look beyond falls upon a “High Level Panel.” Homi Kharas of Pakistan has just been named “lead author and Executive Secretary for the High-level Panel. According to UN News Centre: In addition to its 23 members, the Panel’s three co-chairs are President Susilo Bambang Yudhoyono  (Top UN Photo) of Indonesia, President Ellen Johnson Sirleaf of Liberia (Below UN Photo), and Prime Minister David Cameron (Bottom UN Photo) of the United Kingdom. In addition, the Secretary-General’s Special Advisor on Post-2015 Development Planning, Amina J. Mohammed, will serve on the Panel in an ex officio capacity. 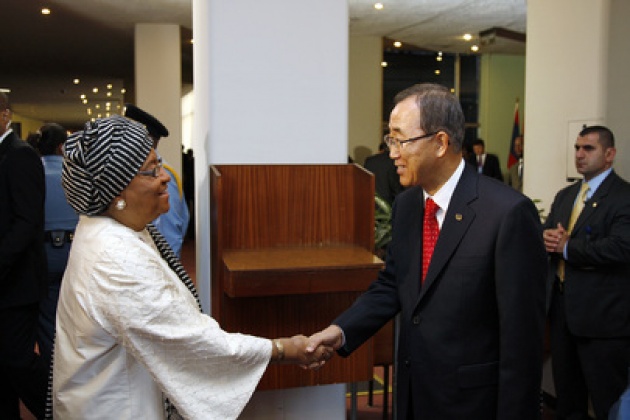 The (MDGs).agreed on by world leaders at a UN summit in 2000, set specific targets on poverty alleviation, education, gender equality, child and maternal health, environmental stability, HIV/AIDS reduction, and a ‘Global Partnership for Development.’ The future agenda still remains to be charted but the link between education and economic growth is likely to remain a longer term priority for Mr. Kharas and the High Level Panel. Mr. Kharas (Very Bottom UN Photo) is currently a Senior Fellow and Deputy Director in the Global Economy and Development Program of the Brookings Institution, an independent think tank in Washington, DC. He also has 26 years of experience with the World Bank. 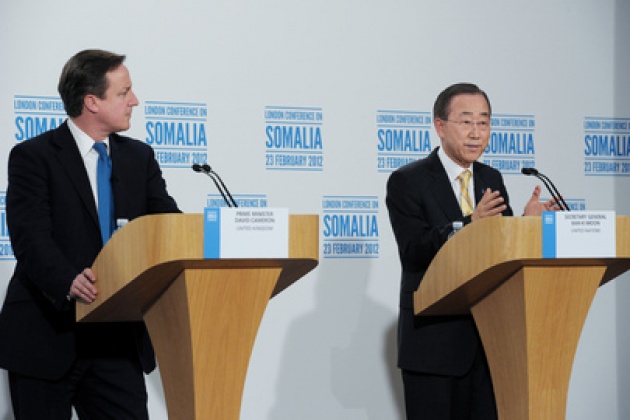 The High Level Panel will have a longer term perspective. It is scheduled to hold its first meeting this week (September 25, 2012) at UNHQ in NYC. From this and subsequent meetings and work, the outcome will be a report and recommendations on a global post-2015 agenda with shared responsibilities for all countries and with the fight against poverty and sustainable development at its core.  Also See our Report: “Sustainable Solutions Network Initiative” 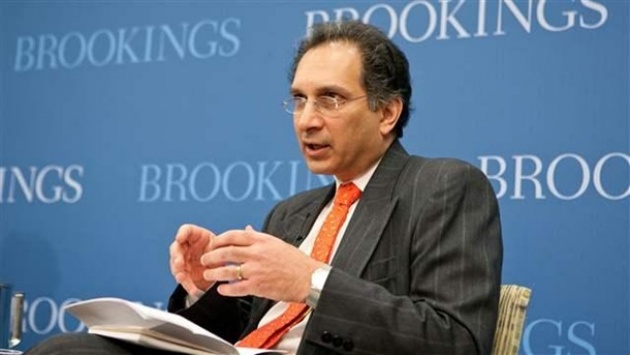