Did Lagarde Give Greeks The Finger? 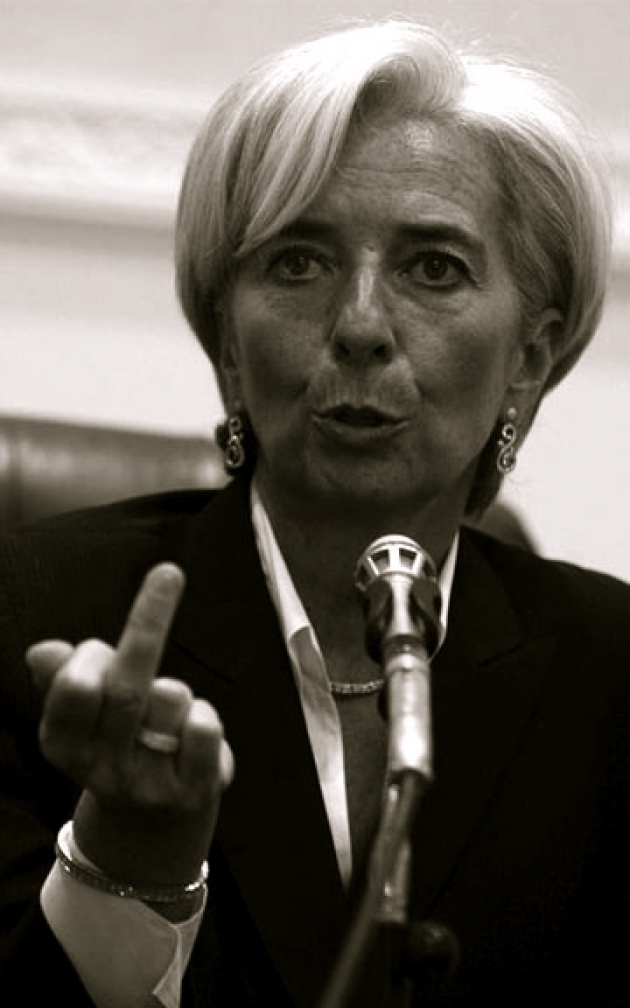 Christine Lagarde’s record is not particularly better than her choice of words. The IMF Managing Director made a point of minimizing the economic pain felt by Greek as a result of the financial crisis and austerity. Undoubtedly Greek political leadership, tax avoidance and lack of economic reform have contributed to the current situation. The Greek Euro project was almost doomed from outset by previous a Greek Government that cheated in securing entry and avoided the demanding fiscal criteria. Undoubtedly the situation for many if not most Africans is worse than the average Greek. (Ms. Lagarde dismissively offered that she has more concern for African children then Greeks: “Do you know what? As far as Athens is concerned, I also think about all those people who are trying to “I think more of the little kids from a school in a little village in Niger who get teaching two hours a day, sharing one chair for three of them, and who are very keen to get an education. I have them in my mind all the time because I think they need even more help than the people in Athens.”). Ms. Lagarde also told Greeks “to pay their tax...I think they should also help themselves collectively...by all paying their tax.”

However, it has been Greek pensioners, working class and the most vulnerable who have suffered the most. There has been at least one very public case of a despairing Greek pensioner committing suicide. The rich in Greece most blamed for tax avoidance have options in moving their funds from one haven to another and do not suffer the daily deprivation in Greece or Africa. 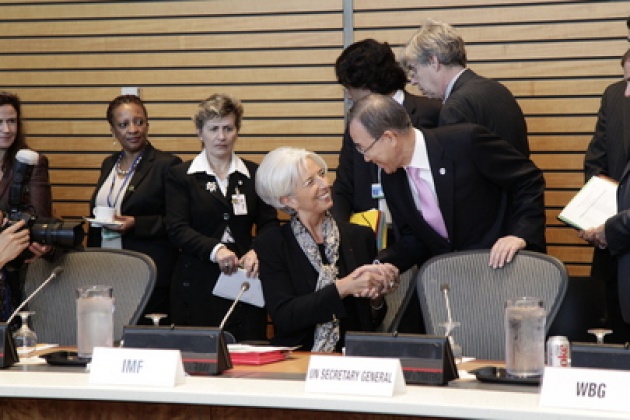 A Stalwart of Austerity:

However, there is also a fair question if the IMF during Ms. Lagarde’s tenure has been to aggressive in promoting austerity even as others have questioned the wisdom of the policy. Many blame austerity for not only lack of opportunity and employment but pushing Europe and the global economy to the edge of falling back into recession. Indeed, in her comments, Read our Blog for Film -"Europe Failing its Youth?".  Ms. Lagarde appeared unrelenting by stating that she had no intention of softening the IMF’s austerity demands of Greece, (consistent with her political mentor’s – Nicolas Sarkozy – position).

Originally when asked if she was telling the Greeks that they had a nice time and it is now payback time, Ms Lagarde said: “That’s right”. However, a flame of fury on Facebook has apparently compelled Ms. Lagarde to pull her statements back. After she was bombarded with over 10,000 comments on her Facebook page, Lagarde said she was not belittling the suffering of the Greek people. However, the FB comments kept coming including:

---"You should say that to the relatives of the 3000 Greeks that have committed suicide, to the one million unemployed,"

---"You should tell your countrymen, who were many years in colonial Africa enriching themselves by stealing from the grandparents of the children you so hypocritically think of by comparing them with Greeks."

---"My family does not owe one euro to the tax office, to a public agency or a bank in Greece or abroad.We believe in honesty, hard work and merit. I forbid you from equating me with thieves and taunting my family." 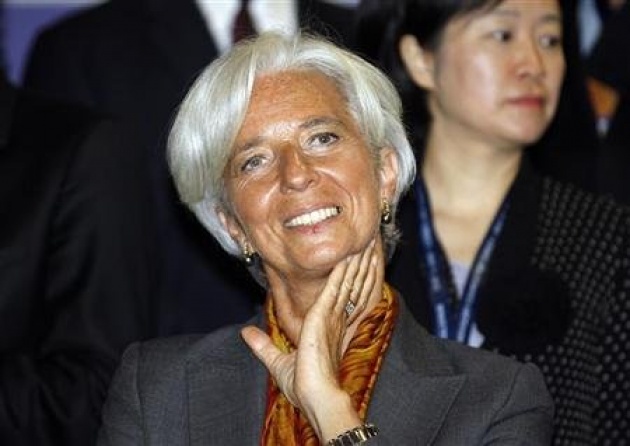 As Ms. Lagarde is by training/experience a corporate attorney, one might have considered that at least one thing she might have been cognizant of is “politically correct.” However, perhaps Lagarde’s initial dismissive comments were also an attempt to deflect criticism of austerity chromed policy at the IMF as well as her close political relationship with the stalwarts of such policy in Europe, the “Merkozy”, (Angela Merkel and Sarkozy). Safe bet that Ms. Lagarde will not be getting her tan in Greece soon, but I also doubt that most of her Euro colleagues expected such a lapse in rhetorical judgment while others will now only be encouraged to question the IMF’s austerity medicine, including perhaps the new French President Francois Hollande. Read Blog for Film: "Austerity is Killing Jobs & Economic Health." Of course, things could be worse for Lagarde-Dominique Strauss Kahn's sex scandal worse.