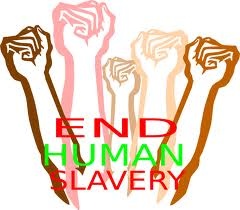 On January 1st 1863 US President Abraham Lincoln signed the Emancipation Proclamation, ending slavery in the United States. Through the centuries, every country has had its own Abraham Lincoln, and slavery has been universally condemned and abolished. Unfortunately, although illegal on paper, slavery continues to plague many areas of the world, and people continue to live at the mercy of others, with no chances of having a life of their own. Ruthless bastards continue to utilize violence and fear to control individuals - in the number of millions - who are just too powerless to stand up to their rights and fight back. 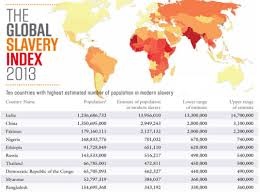 The Walk Free Foundation recently published the Global Slavery Index, indicating that about 30 million people worldwide currently live in slavery conditions. That's the population of Afghanistan or Peru. When people hear about the word "slavery", they usually think about somebody held in chains, obliged to perform forced labour without retribution. However, the definition of this term has been expanded to include every situation in which somebody (1) is making you do something you don't want to, (2) is controlling you through violence and fear, and (3) is treating you as property. 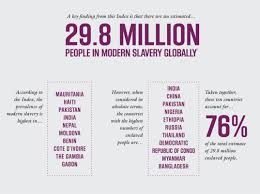 Forced marriages are slavery. In several countries - including India, Pakistan and Afghanistan - some parents give their daughters away to settle family debts. This basically enslaves these young women for life, because even though divorce is legally possible, very few decide to go down that road, fearing the cultural and social stigma that comes with divorced women. For the same reason, some fall victims of debt bondage, offering their services to people they owe money. It's a vicious condition, because the terms of this "relationship" are often not specified, and sometimes entire generations find themselves trapped in this system without the chance to escape. Child labor is slavery. The exploitation of children still goes on in several countries in the world, with Eritrea, Somalia and the DR Congo leading this shameful list. Some children do escape this vicious cycle, but lack of education slows down their development, and very few end up having a normal life. 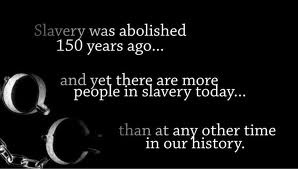 Human trafficking, forced labour and sexual slavery go hand in hand. With the promise of a legit job, young individuals embark themselves in journeys that turn up being nightmares. Many are sold pretty much in the same way African slaves were for centuries. Good part of these people - most of whom children - are kidnapped and shipped to other countries. There they find themselves trapped by criminal organizations that, should they try to escape, wouldn't think twice before eliminating them. Eastern Europe, Central Asia, India, Brazil and Thailand's go-go bars provide us with just a few examples of locations infected by these prostitution rings. Unfortunately, these places are notorious to sex tourists, who choose them to do what it would be hard in their own countries because of stricter regulations. Because of this, some governments close an eye on prostitution and sex trafficking, as these deviated tourists represent a huge financial boost to their economies. 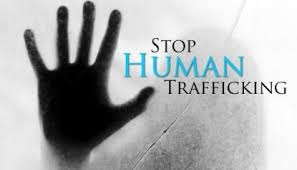 There's not much I can do to end slavery in the world. However, a more aggressive social media campaign against slavery and all its components could trigger more aggressive reforms in the countries affected by this plague. If millions of bloggers around the world started writing social media blogs against all types of slavery, maybe the international community would concentrate more efforts in defeating this problem, and would put more pressure on those political leaders in charge of persecuting the offenders. If more and more people became more vocal against slavery, sharing on social media their stories and discussing them in a global debate, this movement may inspire new politicians to do what their predecessors didn't or couldn't do. Social media network strategies are infinite, and can generate viable solutions to problems that could seem unsolvable. If "two brains are better than one", then millions of brains can go much further than we can possibly imagine.