When I think about a topic that will be a no-brainer for me to write, the first one that comes to my mind is a book challenge. This is the fastest topic for me to write because I can talk about things I love the most and I just need to answer all the questions. Then last night, I watched one of the latest videos from Bookables titled Do I Have That Book Challenge.


Do I Have That Book Challenge

This book challenge was originally created by Keeping Tabs. It has a total of 20 questions where we need find a book that is suitable for a particular question. The rule for this challenge is quite simple which is the book for each question must be the one that you own.

Since it was created by a BookTuber, this book challenge originally has the time frame to complete. But nonetheless, I'll do it as a blog post because I think it will be a fun yet intriguing challenge to do. Shall we see how many questions can I answer?

1. Do you have a book with deckle edges?

Typically, the deckle edges used in hardcover and fantasy book. Although I own a quite huge collection of fantasy, I only have two books with the deckle edges. The books are The Wrath and the Dawn and The Rose and the Dagger by Renée Ahdieh.

2. Do you have a book with three or more people on the cover?

It takes time for me to find a book for this question. Since most of my book collection is fantasy, it's rare for fantasy books to have several people on the cover. Most fantasy books use some kind of art on the cover. Then, I realize that I owned several books written by Enid Blyton and her book usually tells about a group of children. So, my answer to this question is Claudine at St Clare's by Enid Blyton.

3. Do you have a book based on another fictional story?

My first thought when I heard this question is a fairy tales retelling and the books that I think will be perfect for this question is the Lunar Chronicle Series by Marissa Meyer. However, I don't have the physical books of this series. Then, I realized that I owned a book that tells the story of the characters from several fairy tales called The Isle of the Lost by Melissa de la Cruz.

For this question, I really counted each letter from more than ten books to find the answer. And luckily, I found that Wintersong by S. Jae-Jones exactly has 10 letters on the title.

5. Do you have a book with a title that starts and ends with the same letter?

This is another question that requires extra time for me to find the answer. I almost thought that this question would be the first question where I would fail, but I managed to find a book for this question called The Girl at Midnight by Melissa Gray.

6. Do you have a Mass Market Paperback book?

This is the easiest question for me because I have several books in this format. Honestly, I am not a fan of this format because reading books in this format is not as comfortable as in other formats. Most of my book collection in Mass Market Paperback is chick lit and my answer to this question is Shopaholic and Baby by Sophie Kinsella.

7. Do you have a book written by an author using a pen name?

I know that J.K. Rowling has published a book called The Cuckoo's Calling under a pen name Robert Galbraith, but I don't own that book. In the beginning, I was sure that this question would be the question where I couldn't find the answer. However, when I looked at the top of my bookshelf, I realized that Victoria Schwab used V.E. Schwab as her pseudonym for her Shades of Magic Series.

8. Do you have a book with a character's name in the title?

At first, my choice was Harry Potter. It's an obvious answer because all of the seventh books in the series has Harry's name on it. But I tried to find out whether I had another book that I could use to answer this question. I have several books that suitable for this question and one of them is Four: A Divergent Collection by Veronica Roth.

I need to do a little research to find the answer to this question. I know for sure that most fantasy books have the map on it but most of them only have one map. After flipping through several books in my bookshelf, I just realized that Six of Crows by Leigh Bardugo has two maps in it. 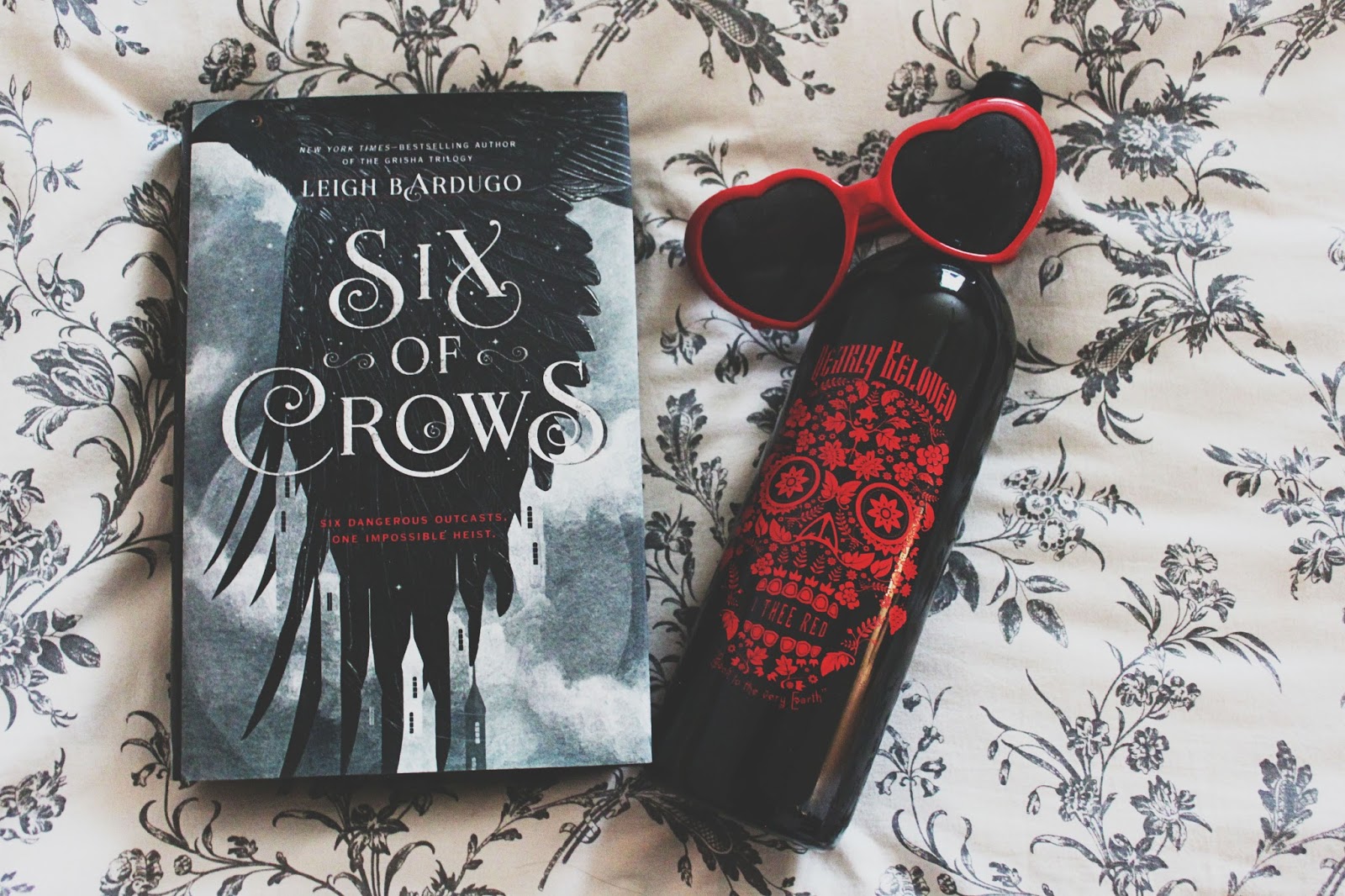 10. Do you have a book that was turned into a TV show?

This is another easy question. The books from The Mortal Instruments Series by Cassandra Clare have been adapted into a TV show called the Shadowhunters. This TV show produced by Freeform and also aired on Netflix. I'm a fan of both the books and the TV show, but sadly the third season of this TV show will be the last season.

11. Do you have a book written by someone who is originally famous for something else?

Luckily, I own a book for this question which is What I Know for Sure. This book was written by Oprah Winfrey who is known as the queen of talk show.

This one is the question that took me the longest to find the answer for it. I was confident enough that I will have the book with a clock on the cover because I knew that a clock is one of the important objects in several books that I had read. But, before I almost give up I noticed that on the Special Edition of Detective Conan, he was wearing a watch!

I might not have a full poetry book but I have books that contained poetry in it. All of the books in the Infernal Devices Series used the poetry to start each chapter. 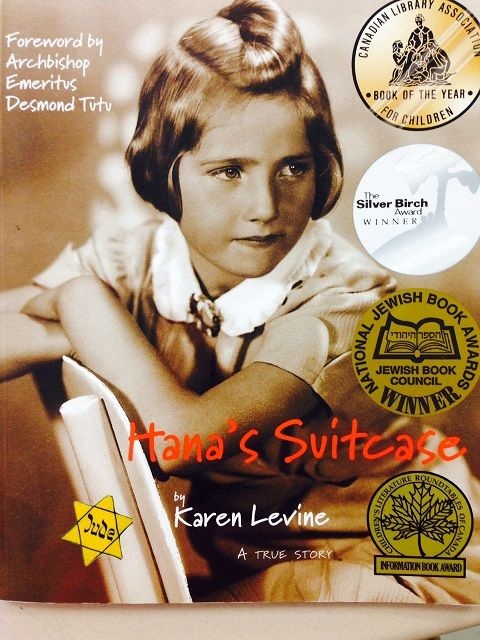 15. Do you have a book written by an author with the same initials as you?

This is the second question that I am pretty sure that I will give a "No" as the answer. Of all the writers whose names I remembered, none of them has the same initials as me. However, I try to look at my most-read author list on Goodreads and turns out, there is one author who has the same initials as mine. It's Hiromu Muto and I own two mangas written by him (Open Sesame and The Precious One).

16. Do you have a book of short stories?

Luckily I do own the book for this question. The book is Enthralled: Paranormal Diversions by various authors including Kelley Armstrong, Claudia Gray, and Kami Gracia.

In the beginning, I thought it will be easy to find the book for this question. Since I own lots of fantasy books and most of the time fantasy book has over 500 pages, but I was wrong. Some of the books either couple of pages less than 500 pages or a little over 510 pages.

It kinda annoys me that I almost not able find the book for this question. Then finally, I found that my copy of The Adventures of Sherlock Holmes by Arthur Conan Doyle is 504 pages long.

18. Do you have a book that was turned into a movie?

Another question where Harry Potter will be the easiest answer. But, my choice for this one is Miss Peregrine’s Home for Peculiar Children by Ransom Riggs. The movie adaptation aired in 2016 and directed by Tim Burton. This is the third question where I'm overly confident that I don't own the book. I'm aware that I own lots of mangas, but I don't think I have any graphic novel in my collection. But again, I was wrong. On the bottom of my bookshelf, I found that I have couples of graphic novels about famous people and one of them is the biography of Alfred Nobel.

I have several books that could answer this question but my choice goes to the first book on the Last Reality Series called Otherworld. It was written by Jason Segel and Kirsten Miller. 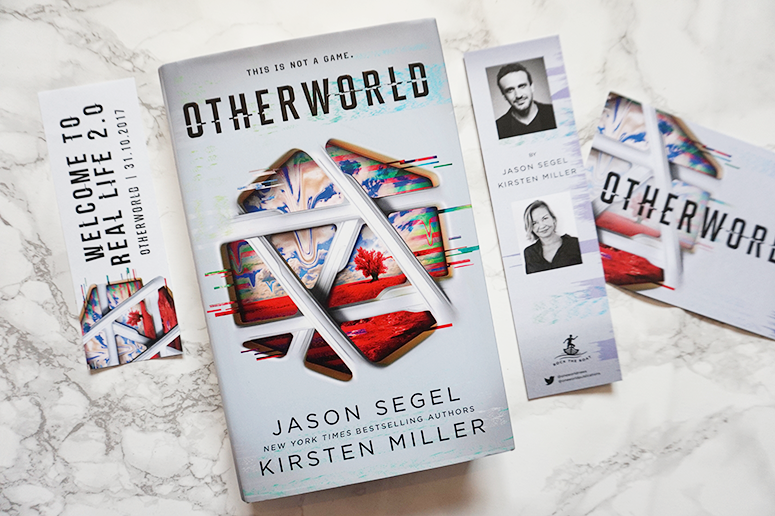 Of the 20 questions in this book challenge, I was surprised that I could find the books for all the questions. I don't expect to get a perfect score for this challenge because I think my book collection isn't that big. But well, we never knew after we tried it, right?

If any of you who also like to read and collecting books, I invite you to do this fun book challenge!

Image credits: Tita Witty About few weeks ago, I have blogged on my first ever Starbucks sticker col…

Ten books for you to read and let go the imagination