Dr. C. Michael Smith, President of the American University of Afghanistan, on Education and Women Empowerment in Afghanistan 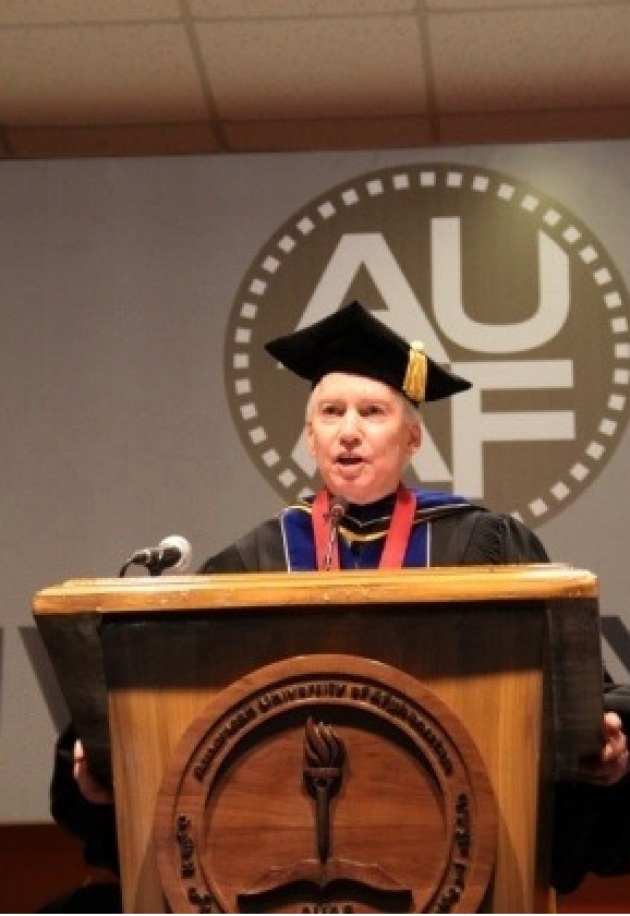 Dr. C. Michael Smith is an accomplished educational leader in the United States and internationally.  In August 2009, he was named President of the American University of Afghanistan. Under his leadership, AUAF, the first private nonprofit university in the country, has received growing recognition as Afghanistan’s premier higher education institution.

Dr. Smith is a graduate of the Institute for Educational Management at Harvard University and holds a Ph.D. in British and American Literature from the University of North Carolina, Greensboro. He has served on a number of boards and committees and on the faculty at Winthrop University, University of California, Los Angeles, and Elon University.

Below is an interview with Dr.Smith about education in Afghanistan.

FA: Can you tell us about yourself and your background?

MS: I have been involved in education and building support for education all of my life. This experience has included teaching at several universities after I received my doctorate, serving as the head of educational foundations in urban school districts in two states, leading statewide higher education planning and assessment in another state, launching a higher education accreditation process in the Middle East, helping to establish a new university in Africa, and finally working here in Kabul, Afghanistan, getting the American University of Afghanistan (AUAF) on a sound footing.

FA: What was it about Afghanistan that made you want to be the president of the American University there?

MS: When I visited in the summer of 2009 I was struck by how perceptive and promising the students were at the American University of Afghanistan.  They asked me excellent questions.  After the difficult times they all experienced during years of conflict and Taliban rule, they were hungry for a good education and the opportunity to build their country.  The university itself was like an oasis in Kabul.  I couldn't resist taking the position, and my wife and I have found it to be a wonderful experience living in Afghanistan and working with the students and also with the community.  It has not been easy, but it has been very rewarding.

FA: What do you think about the current education system in Afghanistan? In your opinion, what are some of the ways to improve it?

MS: The education system is being rebuilt from nearly nothing just 12 years ago.  During the Taliban period, there were almost no girls in the public schools, relatively few boys also, and the higher education system was in shambles.  Slowly it is coming back.  There are now many more students, including girls, in the primary and secondary schools.  Some 120,000 students will graduate from secondary schools in Afghanistan this year alone and will be looking for places in the country's public and private universities.  There are more and better teachers in the public schools.   The universities are rebuilding there programs and faculties and improving the quality of instruction.  But there is still a great need for support if the education is to achieve the level of quality the country needs and the young people desire.  More instructors with higher levels of education and training are needed at every level of education.

FA: What are the main challenges you have faced during you work with Afghanistan, especially with the higher education sector?

MS: In the higher education sector, there is a lack of faculty members who hold doctoral degrees and master's degrees, and the higher education system suffers from that deficit.  Also, many of the courses are still taught in large classes with instructors who rely on outdated lecture notes delivered to students are expected to memorize.  There is not enough attention to critical thinking, problem solving, group learning, and applying knowledge to new situations.  This is beginning to change, however.  Many more well qualified faculty are teaching now than a few years ago, and the Ministry of Higher Education is establishing a quality assurance system that, once it is up and running, should be a great help.

FA: What is the percentage of female students at the university? How are they involved in the University's activities?

MS: Over the last four years AUAF has increased the percentage of women students from 16% overall to more than 30%.  Especially promising is the percentage of women among the new students who are entering.  This year over 50% of the entering students were women.  That is largely attributable to having increased scholarship funds available, thanks to a program funded by the U.S. Embassy in Kabul and also donations that university has received for scholarships.  The goals is to approach 50% of the student enrollment being women.  On campus, women are actively involved in student life--in government, in sports (we have women's basketball, volleyball, and soccer teams, for example), and in various clubs that engage students in their interests.  Many of the clubs are service oriented and raise money for worthy causes. 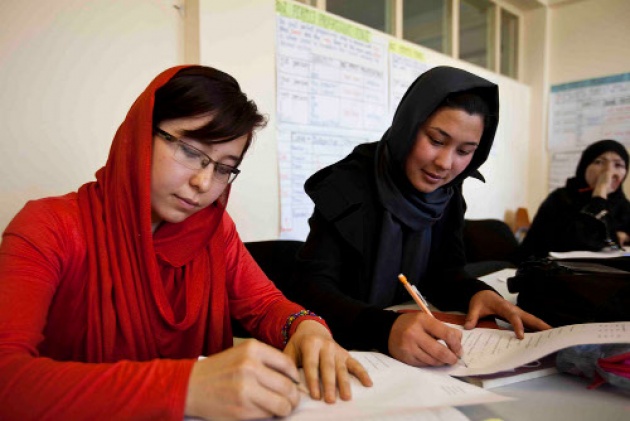 FA: How can education help Afghan teenage girls to support women's empowerment in their community?

MS: It is very encouraging to see women and girls in a coeducational university such as the American University of Afghanistan.  They are able to hold their own with the boys.  They are often among the best students, and they have assumed leadership positions.  The boys have been influenced by the girls and respect them as individuals and as leaders who are equal.  As these female and male students graduate and enter the work force and eventually have families of their own, they will carry their university experience with them.  They have changed and grown and matured, and they will become the future leaders in business, government, and civil society.  The impact they can have can be tremendous.  For women who are no longer school age, the university has established a new center, the International Center for Afghan Women's Economic Development, to assist women with training and other preparation for jobs and to help them establish or expand their own businesses.