He (b. January 24, 1947) is an American theoretical physicist specializing in string field theory, and a futurist. He is a popularizer of science, host of two radio programs, and a best-selling author.....

Kaku was born in San Jose, California to Japanese immigrant parents, and attended and played first board on the chess team of Cubberly High School in Palo Alto in the early 1960s.

He went on to attend the Berkeley Radiation Laboratory at the University of California, Berkeley and received a Ph.D. degree in 1972, and held a lectureship at Princeton University in 1973.

Kaku currently holds the Henry Semat Chair and Professorship in theoretical physics and holds a joint appointment at City College of New York, and the Graduate Center of the City University of New York, where he has taught for more than 25 years.

Presently, he is engaged defining the "Theory of Everything", which seeks to unify the four fundamental forces of the universe: the strong force, the weak force, gravity and electromagnetism. He has also been a visiting professor at the Institute for Advanced Study in Princeton, and New York University.

Kaku has publicly stated his concerns over issues including the human cause of global warming, nuclear armament, nuclear power, and the general misuse of science.[2] He was critical of the Cassini-Huygens space probe because of the 72 pounds of plutonium contained in the craft for use by its radioisotope thermoelectric generator. Alerting the public to the possibility of casualties if its fuel were dispersed into the environment during a malfunction and crash as the probe was making a 'sling-shot' maneuver around earth; he was critical of NASA's risk assessment. [3] (Ultimately, the probe was launched and successfully completed its mission.

Kaku is generally a vigorous supporter of the exploration of outer space, believing that the ultimate destiny of the human race may lie in the stars, but is critical of some of the cost-ineffective missions and methods of NASA.)

Dr. Kaku credits his anti-nuclear war position to programs he heard on the Pacifica radio network, during his student years in California. It was during this period that he made the decision to turn away from a career developing the next generation of nuclear weapons in association with Dr. Teller and focused on research, teaching, writing and media. Dr. Kaku joined with others such as Dr. Helen Caldicott, Jonathan Schell, Peace Action and was instrumental in building a global anti-nuclear weapons movement that arose in the 1980s, during the administration of US President Ronald Reagan....Dr. Kaku was a board member of Peace Action and on the board of radio station WBAI-FM in New York City where he originated his long running program, Explorations, that focused on the issues of science, war, peace and the environment. 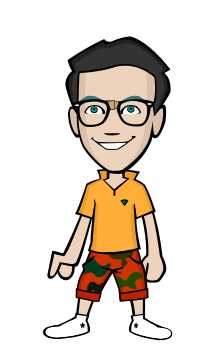 The Weird Science Behind Why We Cry

Humankind has spent much of its history trying to define what makes us different (and, by implicatio…

Hi my Film Annex and Women's Annex fellows, It has been quiet lately and I haven't updated you about…