Dubai "A City Of Dreams"

The most popular and largest city in UAE is Dubai. It is located on the eastern coast of the Arabian Peninsula.
Dubai is the business hub and the global city of the Middle East. it's sometimes easy to forget that it is
located in the Middle East because of its well modern western construction. Moreover, it’s a major global
transport hub for passengers and cargo. In the previous history, oil has a major contribution to
the development of the city. But now, it reserves are limited and production is now only less than 5% of
Emirates revenue comes from oil now their revenue is more based on tourism, aviation, real estate, and
financial services. The population in the majority is Indian, Pakistani, Bangladeshi, Western and Asian. Dubai
has the biggest population over 2.1 million.

In Dubai history when oil was discovered in 1966 that oil revenue was almost utilized in developing
better infrastructure in Dubai. Not only has this but the largest harbor been constructed at Jebel Ali which
was manmade. In fact, there was no tax on personal and corporate income and low import duties. In the
outcome of this Dubai was quickly became the hub for business and tourism.
Before tourism, Dubai money made through oil. But what’s before oil? The main emirates trade were pearl diving, fishing, and farming.

Now Dubai is kind of a city which has unmatchable hotels, architecture that is remarkable and world-class
entertainment and sporting events. Even the world’s with a seven-star rating is at Dubai named
Burj Al Arab hotel which is presiding over the coast of Jumeirah Beach. Its office tower is the tallest
building standing 350 meters high in all over the Middle East and Europe. Additionally, the iconic Burj Al Arab
hotel has stunning architectural silhouette shape as spectacular from inside as it's from outside. Dubai
always urges to build something better and bigger than before.

Importance of Education in Dubai:

It also has a great importance in education. Higher and business education is collaborated between
western and Dubai like some of the top universities offering degrees and courses in Dubai like Harvard
Medical School Dubai Center., London business schools and there are many more. While the Dubai
government has always been concerned with the education they also provided education for the people
of determination like the Dubai Autism Center, Dubai Center for Special Needs, and Alnoor Training Center. This kind of schools has given a spark of hope to the children's who are disabled.

There are also several hotels which have specially adapted rooms for the people who are handicapped.
And many places have good access facilities for such people like in major shopping malls. As well some
transport taxis have access to wheelchairs too. Additionally, in airports, The passengers with special
needs have a special handling area in departures and arrivals both. The passengers who are in wheel
received more personalized services.

They are also working in a media sector effectively like free zone media has a role in the growth of media in
Dubai as activities are licensed related to publishing, broadcasting, film, media and related services.
Even they provided very useful and necessary information of regarding Dubai in National Media Council
a website which website is available in 10 international languages.

A Place for Entrepreneurs:

The status of Dubai and an emerging market makes it an ideal place of the entrepreneurs. As the
government and the private sector has a number of awards which are given annually, Not only this thanks to
the UAE and Dubai government by which many women’s are entrepreneurs by being involved in
trading and manufacturing activities in handicraft mostly operate from their homes.

The Attraction of Dubai:

When it comes to Dubai one thing jumps into mind is a world of a magic and fantasy because it’s a city
that has rapidly changed over a very short period of time from areas of sand into a beautiful city which
has a continuously increasing number of tourist. The Dubai Fountain Show is the world largest fountain
show it cost $218 approx to create and was devised by the same team which creates las vegas fountain
outside the Bellagio hotel. Fountain’s “dance” in a sound of a classical music.
This fountain show is known as the event Dubai By Night City Tour which is the best choice to get into
the special atmosphere of Dubai. it has an excellent night scene with a large choice of bars and nightclubs.
But, considering laws when it comes to nightclubs. to purchase any alcohol twenty-one is the minimum
official age. And clubs do not allow those who are below age twenty-five. It has also built ski hill in a mall.

People who are inclined with the more entertainment-oriented holiday can also visit the largest indoor
theme park in the world which is IMG Worlds of Adventure. It has multiple dining, thrilling rides, and fun
for all. Dubai was the most expensive city and its hotel room was rated as the second most expensive in the
world.

The crime rate in Dubai is very low compared to other cities as it’s the ninth of the safest cities in the
world accordingly to updated crime data. Even Their police cars are epic they have Lamborghinis,
Ferraris and Bentley.

As when you talk about Dubai culture it is ingrained in Islam, however, the influence of Arab culture is
seen in its museums, belly dance, festivals, and attire. But because honesty and generosity are the high
priories in Arab world tourist are more than welcome with utmost friendliness and affection. Thus Friday
and Saturday is the weekend day in Dubai in terms of respect as for Friday holiness to Muslims and
weekend for western people is Saturday and Sunday there. Although the society of Dubai’s Arab is open
to all culture according to their thinking it’s also important that tourist would have respect for
Muslims traditions as well.
Although Dubai is a good place to work for Muslim women, as well as their laws, are lenient to some
extent. With certain morals setting their preferences are also respected even certain laws are respected
of all over Muslim to a certain extent. Dubai all over economic condition is in a boom not in a declining so
for job seekers the motto of Dubai is like “work hard party hard” since the attractions, beaches and nightlife are plus point for any working professionals. 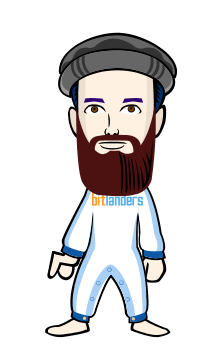 Image credit: Pixabay, changed by Vimi I decided to participate in "The bitLanders C-blogging." It i…

Dubai is the biggest city in the United Arab Emirates (UAE). With a population of almost 6 million a…

To make Dubai as the happiest city on earth. The Smart Dubai initiative was founded following the v…