Easy to rob $1.5 million from casino?

Is it easy to rob $1.5 million from casino?  According to the news report from LA Times, I would say the answer is yes.

The LA Times reported that Anthony Carleo, a suspected armed robber, indicated that robbing a casino was an easy matter.

According to court document, he told the dealer that “All you need is a black mask and a motorcycle”.

The armed robbery was really simple.  An armed man wearing a white helmet entered the casino, pointed the gun at the people, asked them to get out, and then he pocked the chips.  Some of the chips were high roller chips, known as the cranberries. The value of a single cranberry is $25,000.

That was why the total loss amounted to $1.5 million.  If the robber had taken the low valued chips, the loss would not be so great.

The police started undercover operation to lure the armed robber out.

They arrested Anthony Carleo after the undercover officer revealed his desire to rip off the casinos in Las Vegas.  Anthony Carleo said that he had robbed Bellagio.

While it is relatively easy to rob a casino, as proven by Anthony Carleo, it is less easy to liquidate the chips.

Once the casino decides to change the chips in use, particularly the high roller chips, the chips become worthless.

You can read the full report in the website of LA Times.

There is one sentence in this report that I find it very interesting.

Anthony Carleo writes that Money isn't everything, but it's right up there next to oxygen.

I think that is a very true reflection of money, especially to a person who has money just for the next meal.

Sadly, many people are in this situation due to economic crisis that was started a few years ago.

I would like to add that oxygen is free, but money is never free.

We just need to breath in and out to take in oxygen, and release carbon dioxide from our body.  However, we cannot do the same with money.

However, the $1.5 million heist proves that the claims of tracking a chip is just a myth.  If the casino can really track the high roller chip, it can send the security officers to collect the chips without involving the police in elaborate undercover operation. 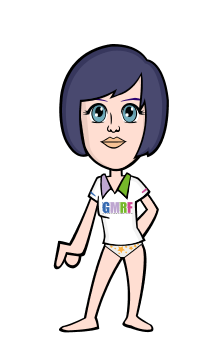