Economy and its Importance

"An economy is an area of the production, distribution, or trade, and consumption of goods and services by different agents. Understood in its broadest sense, 'The economy is defined as a social domain that emphasizes the practices, discourses, and material expressions associated with the production, use, and management of resources."

Each country has its own economic values and government work to improve the economy. The economy is defined as a system in which people produce, sell and buy goods and services. This system is a relation between wants and needs. It means what people need should be provided according to their need.

The economy is categorized according to its nature. There are three types of economy. The whole world is emphasizing on these types. These are:

"A market economy is an economic system where decisions regarding investment, production, and distribution are based on the interplay of supply and demand, which determines the prices of goods and services. The major defining characteristic of a market economy is that investment decisions, or the allocation of producer good, are primarily made through capital and financial markets."

The free-market economy is a type of economy in which private people run the business. This system is totally based on private peoples. They are not restricted by the government. They make their own policies and run the business themselves. Many countries follow this system. According to that system, each individual is free for developing business without any limitation. This system proves to be beneficial for the persons that are interested in the field of business.

Each bit is the function of government in a command economy. They did not allow the private sector to interact with the business. Many of the countries follow this system of economy. China and Russia are from those countries which follow command economy. 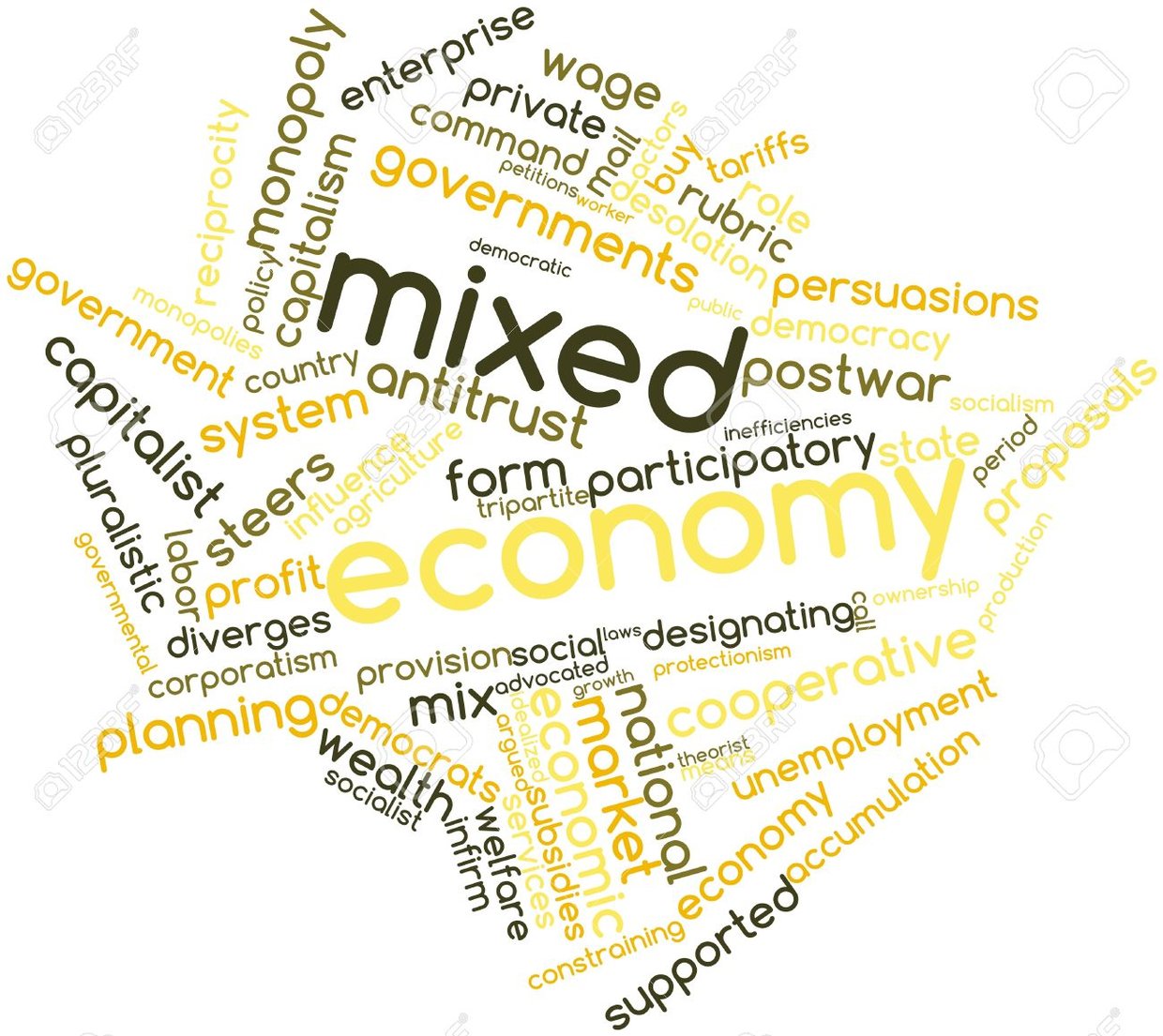 A mixed economy is the blend of both free market and command economy. It means government and private people both work simultaneously. Both sectors cooperate with one another to build up country’s economy. In this system, the government makes policies while the private sector follows these policies. Private people work according to these policies.

Private people execute the orders given by the government. Most of the countries are adopting this system of economy. Pakistan and USA are one of those countries that follow this system. This system is good for both sectors.

Economy helps a lot in many ways. The economy has great importance. It provides the proper environment to the people to build their country in view of wealth. It can be helpful for the following things:

"A government is the system or group of people governing an organized community, often a state. In the case of its broad associative definition, government normally consists of legislature, administration, and judiciary. Government is a means by which state policies are enforced, as well as a mechanism for determining the policy." The government also gets help from the economy in allocating resources to the people. The resources are managed by keeping an eye on the country economy. The economy is helpful in many ways for the government. It helps the government to understand and find the solution to problems. Meanwhile, it also helps the people in choosing a significant leader. They can choose the best one from all the members.

The practical purpose of the economy is that it provides us, good producers and good consumers. One’s expenditures can be easily managed in view of income. It means there is a balance between income and expenditure. This balance brings satisfaction to the customers. All your needs get fulfilled within your income that’s the most satisfactory thing. It provides better options that supply you quality and quantity.

Consumers would be able to choose according to their need from a number of suppliers. The price of products remains suitable if there are many vendors. A competition developed between traders, which prove useful for the customers.

Economy brings favorable changes in the society. This benefits the people in believing others abilities. People understand the worth of each other. People realize that they need each other. One person needs the abilities of other because one man is not capable of doing all jobs. The worth of fellows increases because one man is nothing without the other. All there is co-operative understanding. People cooperate with one another as it is good for both.

People start thinking in a balanced way. Respect for others develops in the society. This balanced thinking makes people able to behave well with the low fellows also. In this way, the economy is related one way or the other with the progress of a nation.

That's all. I hope you guys get something from this post. It adds to your knowledge. Thank you so much for reading this. Stay tuned for a further post. See you soon.