Emma Watson did not let acting affect her studies. She kept studying from different tutors and filming for shoots at the same time. The result was that most of her grades were in the A category. This thing about her is really impressive and it shows how hard working she is.

When Emma finished her high school, she took a gap year in which she filmed for the eighth installment of Harry Potter movie series. She had many options. She could study in any college of the world as she was a billionaire. In 2010, she chose Brown University in Providence, Rhode Island. After studying for one and a half year, she announced that she was deferring one or two of her semesters. And meanwhile, she attended a few semesters at Worcester College, Oxford as a "visiting student". It took her five years instead of taking four because of her busy routine as an actress and because she missed two semesters at the university.

In 2014, Watson graduated with a bachelor's degree in English literature from Brown University.A few of images from her graduation ceremony have been shown below :

The video of the ceremony of her graduation day has also been shared below :

Emma Watson also worked as a model for various magazines and remained on their front cover. She was also a part of some of the world's famous cat walks.

Her modelling career started with a photo shoot for Teen Vogue and was the youngest star to have her picture on its cover. Her photo shoot experience with this modelling company has been shared below :

In 2011, Watson released her own line of clothing with Fair trade, a social movement helping people with the help of fashion. Watson told in media about fashion that

Fashion is a great way to empower people and give them skills; rather than give cash to charity you can help people by buying the clothes they make and supporting things they take pride in.

Her few images for raising awareness for this movement have been shared below :

Apart from Teen Vogue, Watson also appeared on the front covers of magazines like Cosmopolitan and People. Watson was awarded the Best British Style at the British Fashion Awards, 2014. In her competitors was also included the world's sexiest man alive of 2015, David Beckham whom she defeated.

Emma Watson also got certified to teach meditation and yoga in 2014. She believes in depending your own instead of being dependent on others. That is why, she trained to achieve a certificate in meditation. In one of her interviews with Elle Australia, she told that

Yoga has always been the best way if you want to feel safe and protect and if you don't want to depend on others. A few images of her returning from a hard workout have been shown below :

Watson is also famous as one of the top world's social workers. Her main focus is the equality of the rights of women in those parts of the world where they are treated badly. She also makes tours to developing and under-rated countries where she can help and inspire the families to get their girls out and get them educated. For this purpose, she has also visited countries like Bangladesh and Zambia.

A few images on her tours to these countries have been shown below :

Emma Watson on her tours to Bangladesh and Zambia

She was also appointed as the UN Women Goodwill Ambassador in July, 2014. She has also been awarded as the feminist of the year, 2014. The best of all, she was listed in the "Top Outstanding 99 Women, 2015" who have worked hard to raise awareness for the rights of women.

Jill Abramson reported Watson in the New York Times as "gutsy, smart take on feminism" and called the effort to get men involved "refreshing".

Emma was my first crush. When I was a kid, I used to see her in Harry Potter movie series and she always seemed so adorable to me. I didn't even know her real name. I used to think Hermione was her real name. She had this kind of amazing attraction, you know. I bet she was and still is the crush of many young little kids like me.

The thing i loved about her that she turned into a great lass. She was always a diligent girl and she worked hard to achieve in her career life. But the main thing is she stepped up for the humanity when she was only 18. Teenagers these days are nowhere like her. She is very kind with everyone and i mean in short, she is perfection so the question should be "What do I not like about her?". She is the best. <3

It is time for me to bring this blog to an end and say you all people a goodbye. I hope you found this blog interesting and for those loving fans of Emma, there are many interesting facts in this blog which you don't know about her so do give this blog a little time. Best wishes for everyone. 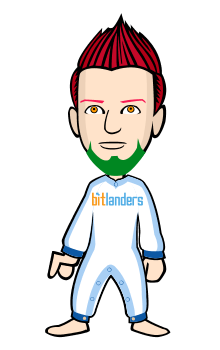