EDUCATION OF WOMEN AND EMPLOYMENT

What is the value and status of women in society? Many answers have been given for this question. Many of us believe that today's woman is very different from earlier times. Their opinion is that todays the woman has become much more modern and independent and she loves to be independent. And when the women's rights bill is passed they are eager to work alongside men and it has distracted her from her traditions so now she does not like to be oppressed. But this is the one side of the picture. In fact, there are numerous examples of such women which are still the victim of persecution. Still the people exist who always claim to give rights to the women but their actions are always opposite to their sayings.

There is no doubt that today's women have changed, but the change is positive, not negative. What's wrong with this thing that today's woman is aware of their rights? We live in a society where there are still some people who prefer son over daughter. They suppose daughters are inferior to son and they do not educate their daughters. They believe that if their daughter will go to school or university she will forget her culture and teachings of religion. It is the ignorance of the people who thinks like that as education grooms and provides the awareness. It also teaches the way to live in society and enables the human to live in the society with the honor. But we are living in a society where many people are against women's education. They think if a girl gets education she would desire for the job. It is foolishness that they attribute the education to job and it is wrong to relate education with job. It's not necessarily that goal of her study is to employ. 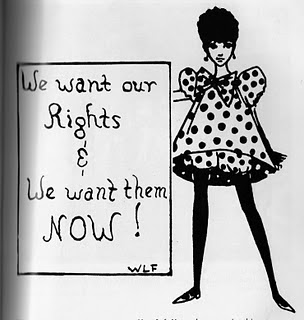 To forbade women from education is great injustice with them and such girl who stay at home after minor education are scared and they lack self-esteem also they pass  frightened and terrified life. Due to inferiority their thinking ability is limited. They see and feel everything but cannot express or describe although such girls have trust on their selves but still they are hesitant to take action. In the future when they are raised to the rank of mother and take her child to school, they are not able to help her child.

Well educated mothers not only train her children but also tell them the best ideas to live as well as help them in learning. In contrast, the mothers who lack education are ashamed in front of their children because their children have greater knowledge than them.  Such mothers do not have any interest in books and in their opinion reading a book is a hobby of educated people so they keep their selves too far away to touch the book.

Lack of education gives rise to many bad deeds. Whether any one of was wants that his daughter should be frightened or shy? If not then why restrictions are made for girls to take education? Perhaps one reason is that parents have fear in their minds that that now a days the environment of colleges and universities is not good and it should not spoil their daughter. With this fear they them self spoil the life of their daughter.Is it good to stop the education of daughter? If parents don’t want to send their daughters to co-education institutes then do not send they must send them to secure and good girls institute but for God sake give permission to their daughter for education and trust them.

It is the person’s negative thinking that girls who are studying they have to go for the job. This concept is totally wrong why we forget that training of generations and to strengthen their roots with Islamic faith is in the hands of a woman. Ignorant woman ruins the generations while educated and articulate woman helps in the development of nations. Job is not the responsibility of women God has entrusted it to man and man should fulfill this responsibility. The aim of education is not to work at all, education is a aim in itself which expands our horizon and widens the scope of thinking. If the people think that girls get education for job then really they are ignorant of the importance of education as well as its usefulness. -