The Great Sphinx and the pyramids are usually the first things that come to mind when we think of Egyptian art and architecture. These and other temples and tombs were built by some of the most skilled architects who ever lived. The wall-paintings, furniture, and pottery in these tombs were made thousands of years ago. Today, the tombs and their contents are among the great art treasures of the world, as they priceless relics from one of the earliest civilizations. 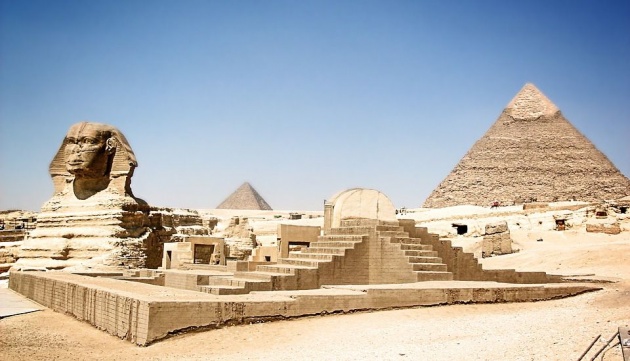 The Great Sphinx and the Pyramid of Cheops were built during the Pyramid Age, 2780 to 2250 B.C.(Image courtesy)

The Great Sphinx of Giza, What they Didn't Tell You of the History Class?

A RECORD IN STONE 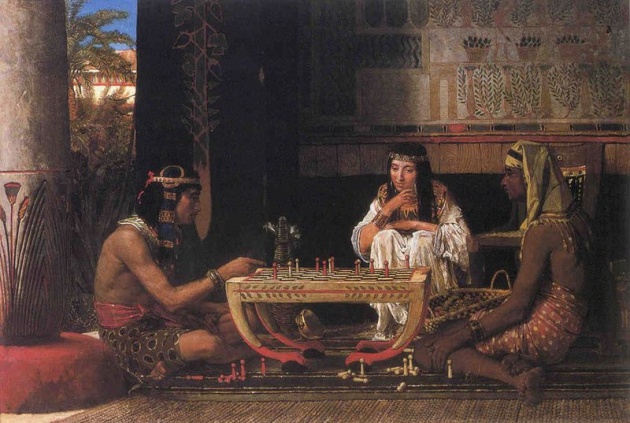 One of the most important discoveries made by the early Egyptians was how to make tools out of metal. As a result, the stone could be cut and carved much more easily. With their new skill, the Egyptians began to carve pictures in stone of human and animal figures, plants, weapons and the tools they used in their daily lives. These had given us a lasting record of Egyptian life over many centuries.

The history of Egypt as a united country began in about 3100 B.C. It was then that the legendary King Narmer joined upper Egypt (the Nile Valley) and Lower Egypt (the plain at the mouth of the Nile) to form once kingdom. For the next 3,000 years, Egypt was ruled in turn by 30 dynasties or families of kings. These kings were called Pharaohs. The most important of the dynasties are divided into groups called the Old, middle, and New Kingdoms. Each of these periods was marked by changes in Egyptian building and art. 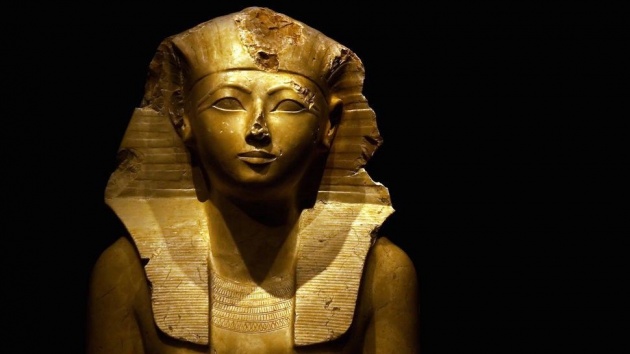 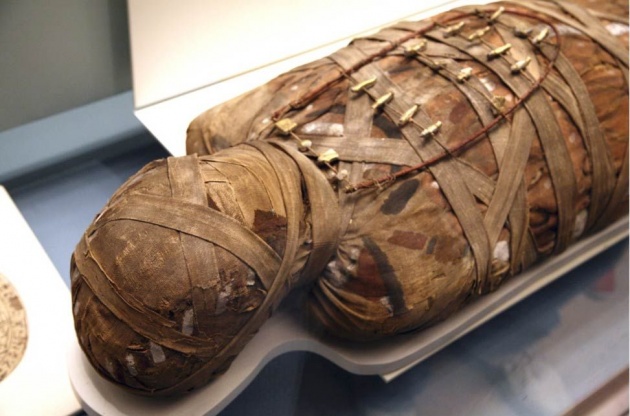 Much of what we know about the earliest days of Egypt comes from the ruins of the tombs. The pharaohs and nobles had these tombs built to provoke for their after-life. When they did, their bodies were mummified; that is, they were treated with special chemicals and wrapped in cloth. These were then buried in great coffins placed in underground rooms inside the tombs. The dead person's valuable belongings together with food and drink were buried with his body to be used by his spirit after death.

A square building with a flat roof was built above the burial chamber. These earliest tombs were called mastabas.

The Egyptologist in American University in Ciaro Salima Ikram discussed:

"Once you were dead and mummified, you became a god. And gods inhaled those resinouse substances." 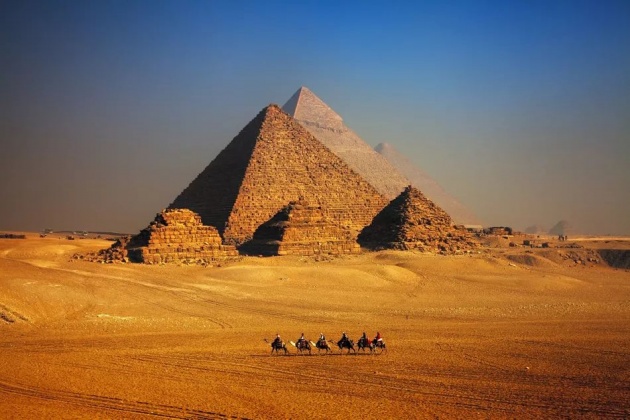 The Old Kingdom also called the Pyramid Age, lasted from 2780 to 2250 B.C. The first ruler of this period, King Zoser, wanted something grander than the ordinary tomb for his burial chamber. His architect, Imhotep, built for him the first stone pyramid. It was like a series of mastabas piled one on the top of the other. We know it as the Step Pyramid of Sakkara.

Pyramids were built as tombs for the Egyptian pharaohs during the next thousand years. The most famous are the three built at Giza between 2660 and 2560 B.C. The largest of all is the pyramid of King Cheops, which took 20 years to build. It is 475 feet (145 meters) high and 738 feet (225 meters) wide. Some of the limestone blocks of which it is made weight as much as 30 tons. The largest blocks were cut and floated down the Nile to the site of the pyramid, where they were dragged up earthen ramps and set in place.

Temples were very often built next to the pyramid. These temples were linked by long tunnels to other temples in the valley of Nile. Inside them were rows of the stone column, a statue of the king and carved well-panels showing events during his lifetime. His valued possessions were placed in storage rooms.

The pyramids were strong and massive but robbers were still able to break into them and steal the treasures. Later, tombs were built in the cliffs on the shores of the Nile so that they would be less easy to rob.

The Records of When the Pyramids Built And their Names

The Pyramids of Egypt-Full Documentary

Statues for the Tombs

One of the earliest pieces of Egyptian sculpture is a statue of King Zoser, which is his pyramid at Sakkara. This life-size statue shows the Pharoah sitting with one hand resting on his knee, staring straight ahead. The statue was carved according to a strict set of laws which every artist had to learn from an early age. For example, the seated statue had to have one hand resting on a knee, and the men had to be painted with darker skin than the women. Every tomb contained at least one statue of the owner to provide a place for the soul to live in if the mummified body was damaged. The statues were nearly always made to look young and healthy to give the soul a lasting home. 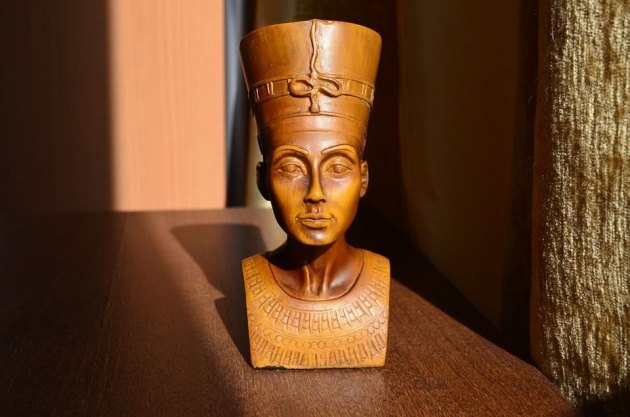 Egyptian artists and craftsmen were employed by the pharaohs to record every detail of their lives in the temples they built. Some of the pictures were carved into the wall and then painted. Others were painted directly on a wall surface covered with a plaster. When an Egyptian artist painted the human figure he drew the head from the side but drew one eye from the front. The trunk of the body was also drawn from the front, but the legs were shown sideways. Artists did not have to follow quite so many rules when they painted animals.

The Great Sphinx was built at Giza in about 2550 B.C. It shows the Pharaoh Khafra with the body of a lion. To the Egyptians, this was the highest example of royal dignity and power. The Fourth Dynasty, when the Great Sphinx was built, was one of the finest periods in Egypt's art. In the Fifth and Sixth Dynasty small cheaper statues became common. These sculptures, although graceful and lively, did not have the power of the early one.

Selim Hassan in 1949 discovered a problem of the Sphinx:

"Taking all things into consideration, it seems that we must give the credit of erecting this, the world's most wonderful statue, to Khafre, but always with this reservation: that there is not one single contemporary inscription which connects the Sphinx with Khafre; so, sound as it may appear, we must treat the evidence as circumstantial, until such time as a lucky turn of the spade of the excavator will reveal to the world a definite reference to the erection of the Sphinx."

For a time the central government lost power. Then Egypt was reorganized under a strong king and the Middle Kingdom began. It lasted from about 2134 to 1778 B.C. The pyramids of this period are similar in form to the Old Kingdom. They are made up of a valley temple linked by a passageway to a temple, and finally the pyramid itself. But these later pyramids were smaller and more poorly built. They were made of mud brick covered with limestone. This outer limestone covering was often stolen by robbers, and then the brick underneath it crumbled.

There are fiver examples of the relief sculpture from this period. This was sculpture carved to stand out from a background. Often the figures carved into a stone slab were brightly painted. The styles of painting and sculpting during this time were very similar. 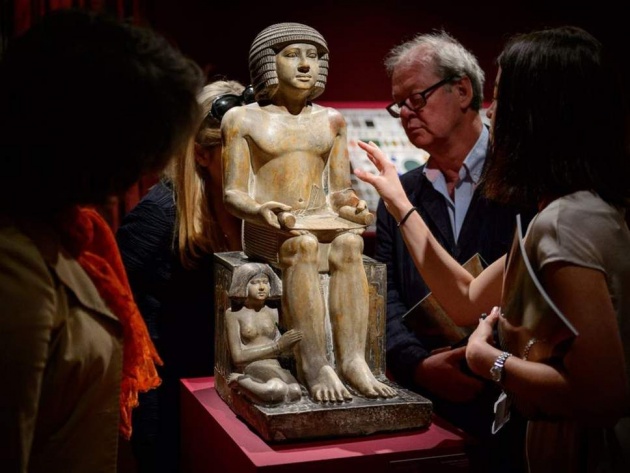 Sculptors still followed the old rules when they carved human figures. There was one major difference, however: while the bodies of the statues continued to look young and strong, no matter who was depicted, the faces began to be much more realistic. Often the pharaohs looked weary or sad. 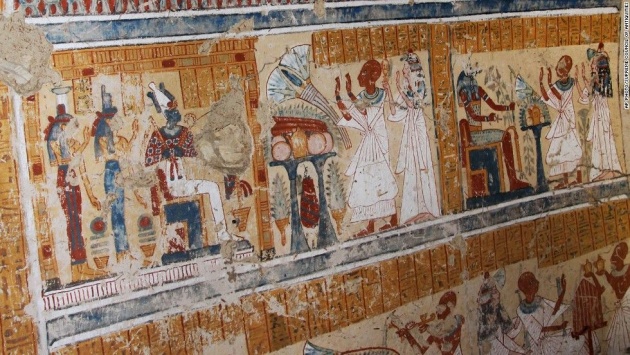 Tombs were cut into the cliffs at Thebes during the New Kingdom. (Image courtesy) 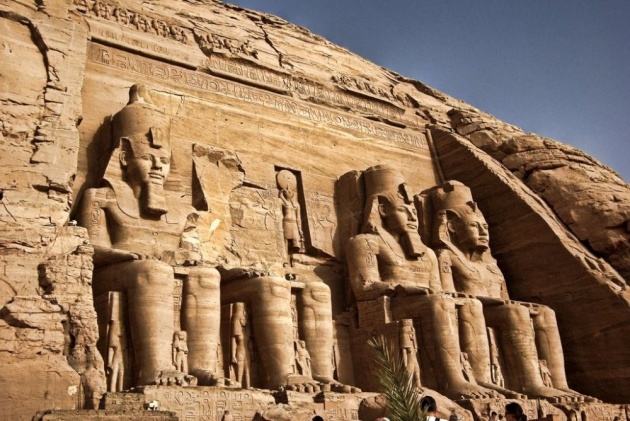 The temple of Abu Simbel, after it was moved from its original site. (Image courtesy)

A series of foreign invasions brought the Middle Kingdom to an end. But Egypt grew strong enough again to drive out the invaders and then attack beyond its borders. The New Kingdom, which lasted from 1567 to 1080 B.C., began with Egypt's conquest of neighbouring states. The discovery of foreign lands, strange peoples and new customs led to changes in the style of Egyptian sculpture. By the reign of Amenhotep lll (1405-1367 B.C). During the reign of his son, Amenhotep lV (1375-1358 B.C), who changed his name to Akhenaten.

All Rights reserved. No part of this article may be reproduced without special credits in writing from the publishers in History, Ancient History Encyclopedia, Wikipedia, Mysteries of Egypt, AngelFire ,All About Pharaohs , Crystalinks, LiveScience, Memphis Tours, News24Archives.