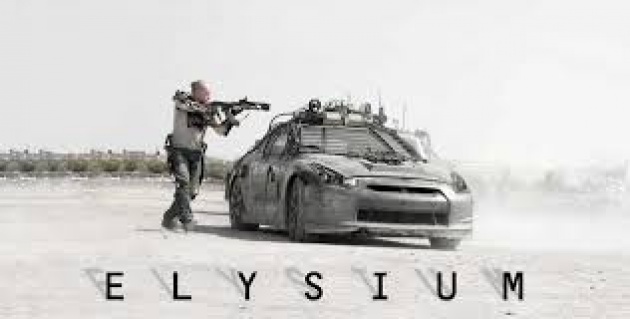 Now it's got to be said there was in fact a great deal of criticism towards Neil Blomkamps latest blockbuster 'Elysium', that had proven to be a flop at the box office. To quickly sum up though; for those of you that don't know the general plot, in this film only two classes of people exist in the future, the incredibly wealthy that now live on a man-made space habitat called Elysium, and the poor, that live on Earth; now highly overpopulated.

Now the main comments that seemed to be circulating before I had even watched it; was the sheer 'lack of character development', and the face value of the plot being a great concept, but badly executed. I have to admit it was hard hearing all this criticism towards the film, especially since I had been eagerly awaiting Neil Blomkamps next venture for years; after watching District 9 ten times over! (In all honesty I was expecting a District 10 to follow) but instead being presented with teasers of Elysium, ignoring the fact Matt Damon had been cast as the lead. 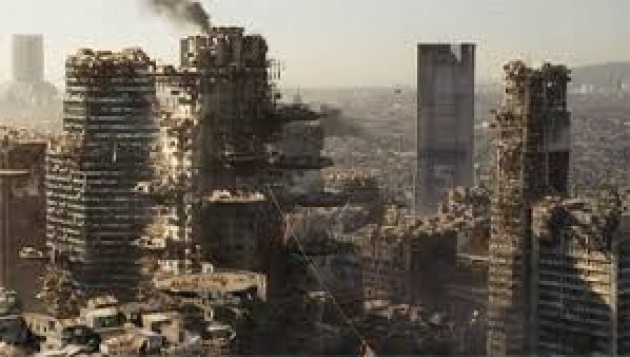 (Los Angeles in the future, almost resembles Johannesburg in the present)

In all honesty I 'did' leave the cinema feeling quite disappointed with the overall product, but nothing could deter the fact that it was a very original concept. I felt I had gained countless ideas of my own as a filmmaker upon leaving the cinema, and it actually had me yearning to return to my roots in order to shoot my own short film ideas.

In truth, I found the film more relatable to than most, due to the fact that like Blomkamp and Copley, I'm a South African born and bred. So I have seen this type of class distinction in place, from the slums of Johannesburg to what was once District 6 in Cape Town. And in fact what many failed to pick up with the film, is that Elysium is just a magnification of the kind of class system that already exists, only removing the middle class altogether, and giving us a clear image of what could develop in the very distant future. 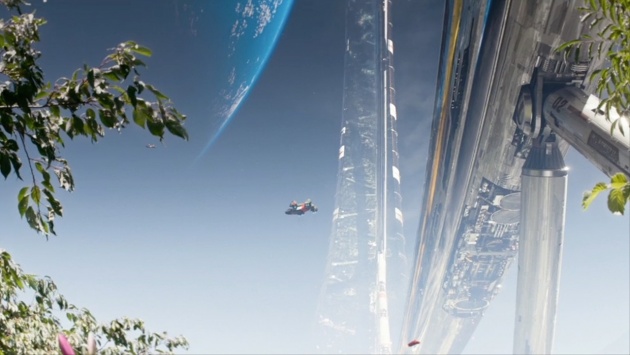 (The wealthy live on Elysium, the giant space donut picture above)

This actually marks the second major blockbuster that Neil Blomkamp has collaborated with the actor/producer 'Sharlto Copley' an old friend of his, and an actor that I actually find extremely versatile in his roles. He also brings an absurd amount of humour to this film; that is largely humourless in itself.

(You may have seen him reprise the role of Wikus in District 9, and Murdock in the A-team) 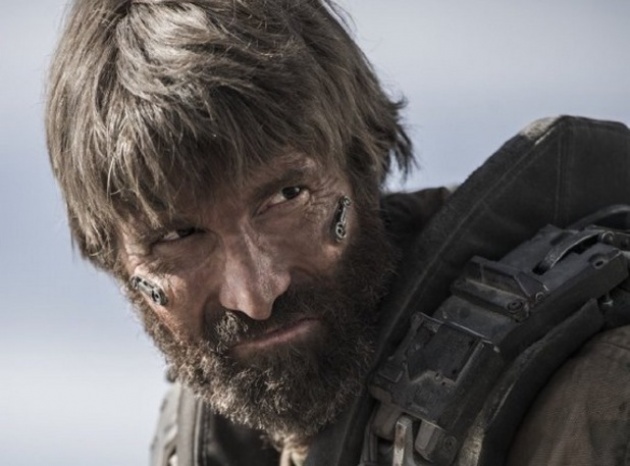 (Sharlto Copley as Kruger, the main antagonist picture above)

Now one thing you can never fault Blomkamp on, is his use of visual effects. As with the use of effects in District 9, Blomkamp has once again managed to hit the perfect blending of CGI with real-world footage to make the film seamless, and maintain its overall realism. For example the security bots in Elysium that maintain order, these are in fact computer generated and yet seem like real props in place.

The depth of the character development is severely lacking I admit, this is due to the support characters not providing much depth to the plot, or being knocked off altogether in the early stages of the film. Even Matt Damon's character seems to have very simple motivations within the film and an outright lack of personality, and go ahead and combine this with a love interest that was placed in there just for the sheer hell of it.

The final ending to Elysium I have to admit was intended to be an outright "Feel good ending", it did wrap up most issues into one interwoven ending, however it left me asking several questions about the complexities that the new world would face after the work Matt Damon's character had done (I leave you to find out what these questions are)

It IS a very action-based film at the end of the day, with some very violent scenes that give it that R rating..,but it has a concept that I find entirely original nonetheless, which definitely earned it some brownie points in my book at least, and I eagerly await Neil Blomkamps next production that will hopefully redeem him from this slight letdown.

A direct sequel to District 9 would do the job..

At the end of the day I urge you to go out and watch this film for yourself, or if you already have; to leave a comment of what you thought below.