Emigrating to Colombia, is it For You?

Who wants to live and/or work in Colombia? I would! But first I have to know what's in there to consider actually going and trying to stay there. Let's find out what's in Colombia and decide if it is somewhere worth moving into.

According to Wikipedia, the country name Colombia was inspired by Christopher Columbus' name. This was thought of by General Francisco de Miranda, a Venezuelan, more than 300 years ago. Below is his portrait by Martin Tovar y Tovar. 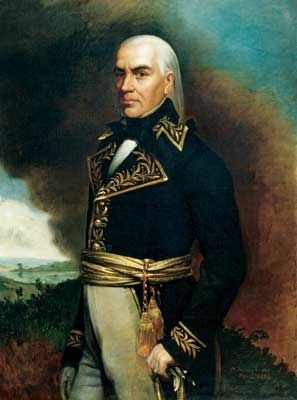 The history of Colombia is quite long but you can read all about it in the Wikipedia article. I suppose around the 1960s, this country became known as a scary place. Why? Because of terrorism and drug war. I don't really understand their history that much but they did have terrible terrorist activity in the country. I think it's mainly because of (1) war between two groups - the pro and anti-communists or the liberal and conservative party.

The Revolutionary Armed Forces of Colombia (FARC) which started as a guerilla movement then became part of the drug cartel. So (2) they also had a war on drugs like what we currently have here in the Philippines. (It's not really a big war or that kind of heavy armed conflict here though, but still many drug pushers/users just end up dead according to local news. Colombia's war on drugs have ended while the Philippines' have just begun.)

Colombia used to be famous for drug trafficking mainly to the US and probably to the rest of the world. In 1975, Pablo Escobar (pic below) started his cocaine operations. Who was he? Well, he's the famed Colombian drug lord and the reason why Medellin was a scary place back then. He was shot and killed by the Colombian national police in 1993. This started the decline of the drug problem in that country. The Colombian conflict eventually ended with a revised peace treaty in November 2016.

I find the above story quite intriguing. Even Escobar's son changed his name to Sebastián Marroquín and is humble enough to even apologize to his father's victims, unlike our country's Marcoses. Ugh, how I hate them so. Anyway... Maybe I should find a way to watch the film/documentary, Sins of My Father. Imagine, at the age of 16, Sebastián had a $4 Million bounty on his head back then, who wouldn't want to change his name?

Their family actually left Colombia and eventually stayed, in Argentina. Wonder how he got into school with that new name though. He didn't have any school records proving his name and yet he was able to graduate college as an architect? Hmmm... Summady tell me how he did it! Lol.

Moving on, now that it's relatively more peaceful in their country, more people have been visiting the said nation.

Why wouldn't we be visiting this nation when their latest tourism tagline makes me feels like it's such a fun place to be too. Check out this dated tourism video below.

Cool right? Also made me wanna visit the place the first time I saw the ad a few years ago. That and because I want to learn Spanish! Lol. I will definitely go there one of these days as a tourist. Aside from all the foreign visitors, I'm pretty sure there are several expat communities there.

Who else would know more about living in a foreign country than these immigrants, right? So let's find out what they can say about Colombia.

An expat or expatriate is someone from another country who decides to emigrate to / live long in a different country from where he/she was born. 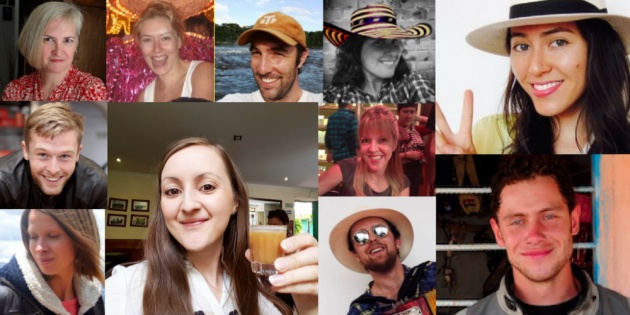 Of course any country has a number of foreigners choosing to live there instead of their native land. Just like there are expatriates here in the Philippines, there are also foreigners who have been living or working in South American countries for a long time. 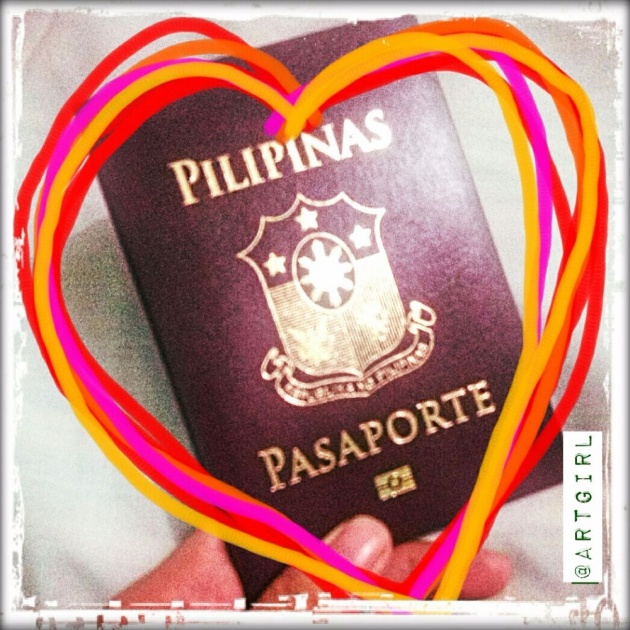 Searching online for expats living in Colombia is not too hard, but what I like about reading these expat or tourist comments and blogs is I get to know the country more before I even get there! Hah! The internet is so awesome! You can find several expat blogs for you to learn more about the country.

So let's see what life is like in this South American country. 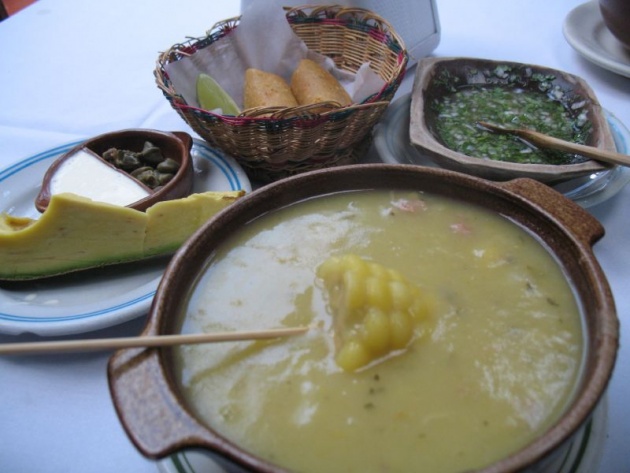 A certain forum thread talks about how Colombians are not into much variety when it comes to food (or life in general). Upon reading the first few comments and shares by the foreigners living in Colombia, I thought maybe I will starve there. Haha~ but then again I believe it depends on the area where you will live.

I have always thought the best place to go to would be Medellin. Why? Because it is more of an artist hub according to the very first article/video I saw about it. That video got me hooked on this country, believe me.

Even the weather in that city seems good as opposed to where I am. This summer heat is just terrible especially when commuting so a few degrees off the temperature would be awesome like the weather in Medellin. I know maybe I can go somewhere cooler but I don't want a very cold place at all.

Anyway, let me show you that video that got me hooked on Colombia. Lost all my Chrome bookmarks so I don't think I can find it again. Sigh. *Does a short search and finds the bookmark still exist in another browser* Oh wait, here it is! Enjoy!

If you watched the video, it kinda shows more food variety because that city is sort of an expat haven. Wonder how much the food and lodging costs eh? :D

I checked the currency exchange of Philippine Peso to Colombian Peso and surprise surprise, 1 PHP  = 57 COP! 1 USD is almost 3,000 COP though! Oh my gosh. 1 Pakistani Rupee is = 28 COP. Ain't this cool? 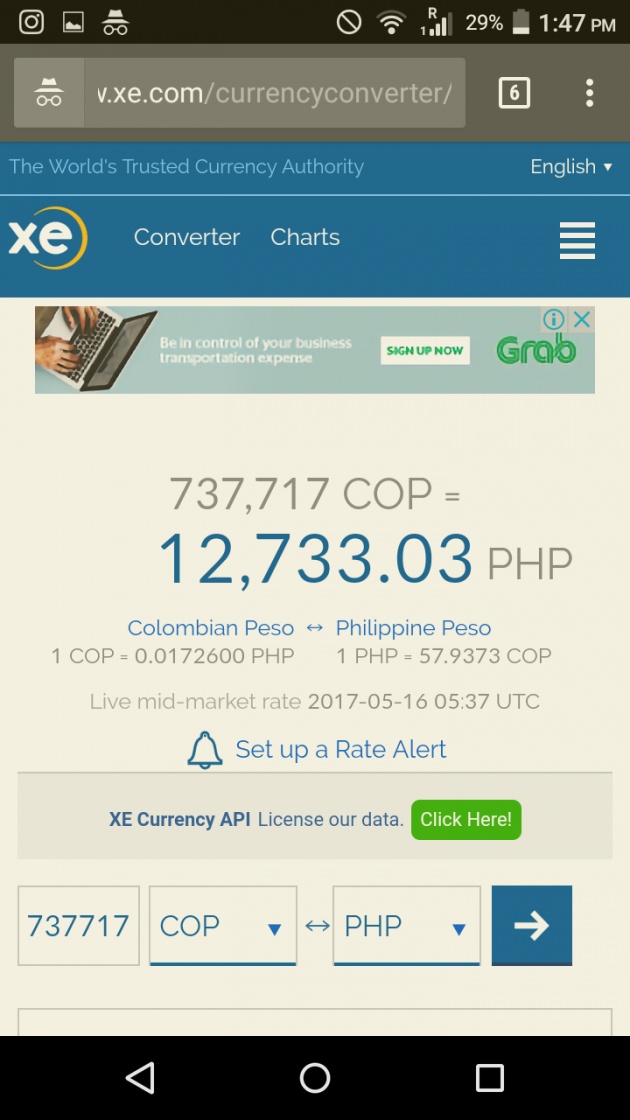 Also I checked the current minimum wage there (pic above) and whew, looks like I will still need to work where I am or get paid in $$$ if I want to live comfortably there. I can be a tourist sure but I need to earn cash while I live there. Haha.

Would probably do freelance art/design there too but then again most likely if I will get a job in that country, I need to learn Spanish for real! At least so I can converse and get around to where I need to go and what I need to do when I have to. Or how can I sell anything and explain something to them if I can't converse properly right?  Might as well find out what kind of people I'll be dealing with too!

Who would have thought that Pinoys and Colombianos would have lots of similarities? Vincent Li writes about some similarities he noticed when he was learning Spanish online from Colombians. Among them are us being mostly a Catholic country and being (extended) family oriented.

Also, did you know, there are indigent Colombians too! Apart from that, there are also Mestizo-, European-, Middle-Eastern- and Afro-Colombians! But what about the Asian-Colombians like Sino-Colombians eh? Looks like Chinese trade with Colombia was reestablished in 1980. Wait, that doesn't talk about the Asian-Colombians. Hmmm. The reason I'm writing this section is because I also have some Sino-blood in me so I may look like one of them mostly to the uninitiated  but I am 100% Filipino in my mind and heart.

Now If I go there and I look like this, what should I expect, right? I feel like a foreigner in my own country sometimes because of my chinky eyes, what more if I live in another country, and in South America at that?

Upon checking online it looks like I will not feel so out of place because I will be getting the usual stares and glances I get around here. Lol. Or maybe much more than locally depending on the location? Good luck to me.

Philia Yiu wrote an article in 2014 sharing how it is to be Asian-American in Colombia. And yeah we Asians can stick out like sore thumbs sometimes. So perhaps, a trusted pair of sunnies would at times be my best friend there. And of course I should beware of some "scammers" who charge more because you're not a local. I guess that practice is prevalent everywhere? :P 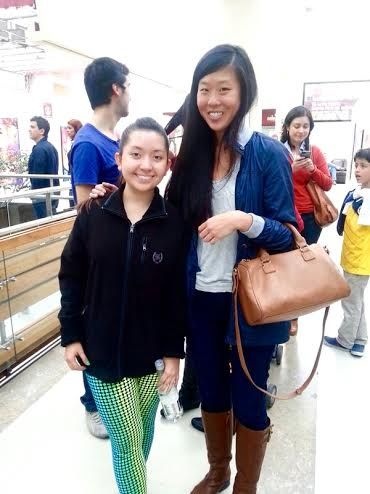 Another Asian, a Korean-American volunteer teacher felt alienated, at first, by how she looks being in Cartagena and how she was initially treated. Oh my God, imagine growing up being "insulted" for how you look, by now I am used to it. Only rude and almost illiterate or uneducated people would drag their eyes and make it small and long or speak in Chinese-sounding meaningless words and think it's funny. Pffft. Anyway, she said educating and informing other people and communicating well with them is the key in correcting people's previous notions or misconceptions.

After learning all that, I still think I'd like to go and visit Colombia first. :D See you soon Medellin! :D

How about you? Where would you want to travel to? :)

Freelance Artist | Writer | Online Seller | |
>Contact me for any design, blogging/writing or online research needs.
For any condo, townhouse or property needs in Metro Manila, Philippines, visit my property blog.

Before I start with my blog post, here is a video you have to watch on 4 Amazing Benefits Of Travel …

What You Need To Prepare Before You Travel Overseas

Before I proceed to my topic, here is a video you need to check out on 14 Things To Do Before Intern…

Here is a video on What's In My Carry On, Travel Tips Plus Essentials Video Credit: Ashley Nicole v…