It's about time, i didn't write a blog. I was thinking to write a blog on a topic well know, by almost everyone. That topic practically know as Faith. You might would have come across this question and even people around you would have been asked the same question, what is faith? For some it's just some reason, as they call it that having confidence in something. But, believe me it's not really having confidence in something. You cannot have confidence in yourself until you do something, that you think you cannot. If, that is the matter then, can you bring any person who claims that, he has seen God. The answer would be surely no, you know why i have answered it myself, because i have confidence in the statement i mention above that, no one has seen God.

Believing in someone, you know to who belong all the power, everything in the heavens and the earth. Putting your whole belief in someone, knowing, that God only want what's best for you.

These three religion practice faith. I'm going to explain only two of them.

Faith According to Islam:

Now, let me tell you about faith in Islam, what it's all about? Now, you may know that Muslim believe in one God, Allah Almighty. Allah is their creator, Allah is their caretaker, nothing can move without his permission, nothing stops, nothing move, Allah has fashioned every single human being and Allah is capable of doing everything. Muslim completely submit to Allah (S.W.T) and their faith is that no one can harm them without His (S.W.T) permission. Or in other word Believing in Allah without seeing him.

Not only this their faith is also about no matter what happen to them, no matter how much thing get bad there will be always silver lining. This is what faith according to Islam, which is just believing in Allah.

Faith According to Christianity:

Christians faith is a almost same as the Islam, knowing that everything has to come to an end, also resurrection of Jesus. Just like Muslim they also put trust in their lord and let him guide them to straight path, consider him their caretaker and they believe he is the one who is going to give them death. 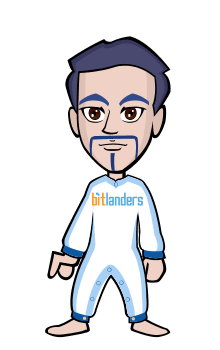 LIFE Life is a long journey to travel,, Problems are only little pebbles..! don't lose hope and don'…