Family planning is a struggle to solve the problem of over population,over-population is an international problem.The concept behind family planning is to create a pleasant balance between the population and resources of any country.It means that we should not plan births of more children so that we can properly entertain them.It is better to have two or three children ,healthy,well educated and well dressed then to have half a dozen ill-fed,ill educated and ill-supervised kids.It is essential for the pleasure and welfare of our own home and our country. 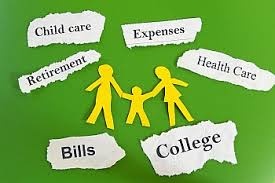 Every man has a few birth-rights to get certain basic facilities of life.These are proper eating,drinking,clothing,housing,employment and social adjustment.Proper  provision of all these facilities for every young one is our moral; social and human duty. It is criminal to bring innocent children into this world  without affording  them basic facilities. If we do so, we are over populating this universe as well as committing  a crime against society. 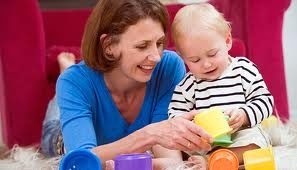 Asian countries are the worst of over-population and are most in need of family planning. 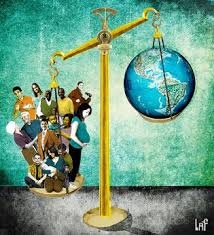 Over-population has many causes. First is ignorance. People produce more and more children because they are not well aware of results of over-population.
Second cause is misinterpretation of religion. Many simple people quite wrongly believe that Islam advise them to create more and more children, and that they producing less children is equivalent to killing children and disobeying God.Such faith is quite baseless.
Third reason is the custom of early marriages.In hot tropical asian countries,people marry very early in life.They produce battalions of children before reaching the middle age.
Fourth reason is false economic planing.On account of false political base in certain countries, there is no proper long term economic planning.All resources of the country are not properly distributed.as a result the material output decrease as the population increases. 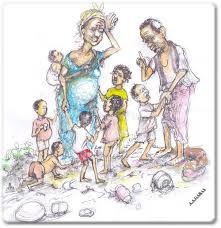 Fifth reason is poverty.the poor have hardly any happiness in life.They say that domestic sex is the only pleasure for them,they indulge more and more in it,increase the children and become poorer. 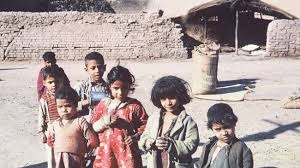 There are many disastrous effects of over population. First of all is the unemployment. The chance of employment decrease as the population increases.
According to economic principal, supply increases when the demand decreases. Over-population increases the demand of necessities of life.
The third is poor health. In over-populated countries, people cannot get proper food. This results in poor health and countless diseases.
The fourth effect is in-sanitation. Over-populated leads to crowded living. Houses are narrow, dark and ill ventilated. Streets are dirty. Gutters overflow. 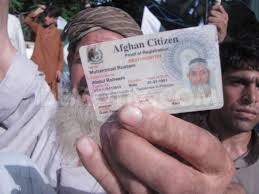 Fifth reason is discontentment. In an over-populated country, people are poor and unhappy. This situation creates social discontentment, which becomes a cause of crimes and lawlessness.
Family planning is the best measure to control over-population. For effective family planning,these measures should be attended.

The first is proper interval. We must keep proper interval between  the birth of one child and the other. This aim can be achieved by self-control and by using medical recipe.
Second is limiting the number. We must create young ones according to our income and resources.

my name is qamar shahzad, and i m blogger at filamannax