I have a disease called Fibromyalgia. A lot of people have this disease, but mostly women. Some men do have it, but mostly women. You cannot look at someone and tell that they have it and there is no known cause for it yet, but various things can cause the symptoms to flare up. People have different symptoms caused by different things.

For instance a lot of people like myself get flare ups from stress, over doing their bodies and the weather. With me as most people that have Fibro cannot tallerate cold weather, then I have spoke to some people that cannot handle hot weather. There are some people cannot stand to be touched or even have clothes touch their bodies. One of the symptoms is skin burning, mostly on their backs, tops of legs, arms and back of necks. This happens to me at times when I get stressed out, over do or during cold weather. There are over 50 symptoms but not every person has them all. Me, I get the burning aches and pains, muscle spasms, ringing in the ears so bad that I cannot hear at times,migraines, spontanius fatigue, Fibro fog (where I lose understanding of what I am being told, reading, writing or saying) and forgetfulness of simple this, which gets scary!My eyes are also very sensitive to light.

There is no persay test that the doctors can do to diagnose if or if not you have Fibromyalgia. The doctors must exclude what else could be wrong with you enable to figure out that you do have Fibromyalgia. However but if you do have Fibromyalgia you can already have other medical issues that are not part of Fibromyalgia such as the ones that I have nerve damage in my arm, high blood pressure however you could have or eventually get deficiancies such as magnesium, B12 and other vitimans and minerals that you should have and get other medical issues like I have tendonitis,Sciatica and Restless Leg Syndrome. One of the things the doctors do find that you have 18 tendor spots on your body. 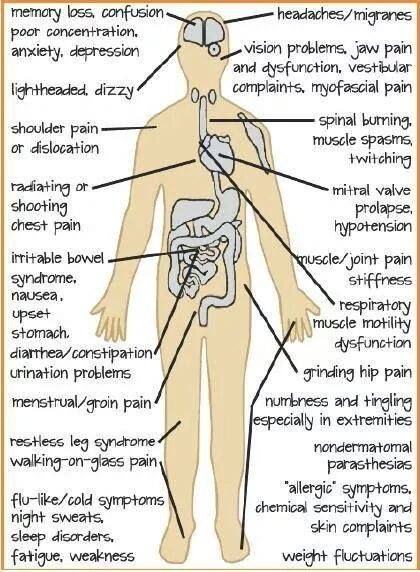 One of the other issues with this disease is that some people or even some days that cause flare ups cause you unable to do certain basic things that you normally used to do. This can cause problems with work,school, family and friends that just don't understand which can cause more stress and flare up's to the Fibro patient.

Plus different things help different people, some people can just mentally handle it, especially if the have great support from their family and friends. Some people can do more natural healing issues such as eating better, exercise and taking supplements and vitamins. Then there are people that need to take medication and some that nothing helps them and they are in horrible pain 24/7.

I am a christian widow, mother of 3 and grandmother of 4. I love Disney World. Want to find ways to earn online!