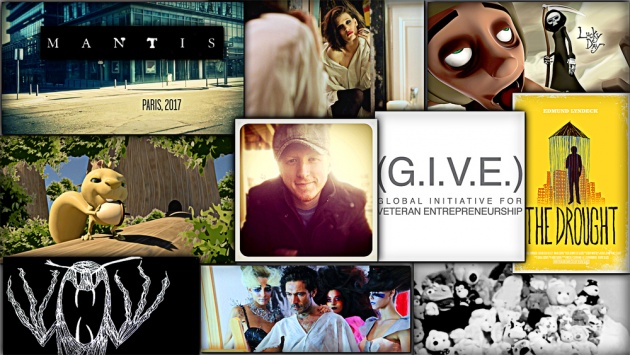 We're proud and excited to introduce you to our new initiative, (G.I.V.E.) - Global Initiative for Veteran Entrepreneurship. Its mission is to re-introduce war veterans to society and help them find investors for their business plans. Earlier this year, the Film Annex production team went down to North Carolina to interview 18 Marines about their experiences in the Afghan war and their future goals. The (G.I.V.E.) Web TV shows all these videos in which the Marines talk about their aspirations, business ideas, and what the future holds for them. For more information on our initiative, please also visit our corporate page. If you'd like to get involved in any way, shoot us an email at info@filmannex.com.

Our featured filmmaker this week is Kevin Slack, who recently joined out platform. Slack started his career in film as a teenager, but it was in New York City where he developed his skills by directing short films and music videos. We first saw The Drought, a short film about an ederly man struggling to sell umbrellas during a hot Brooklyn summer. The 80-year old actor's performance is perfect as a lonely and nostalgic old man, and the movie's aesthetic adds up to the heart-warming story. Don't miss the pictures and videos that Kevin Slack added to take you behind the scenes, as well as his music videos, and a first episode of a comedic web series.

And of course, the 9 movies of the week:

Pictured: Tom (Thomasin Harcourt McKenzie) and Will (Ben Foster) in 'Leave No Trace', a film directe…