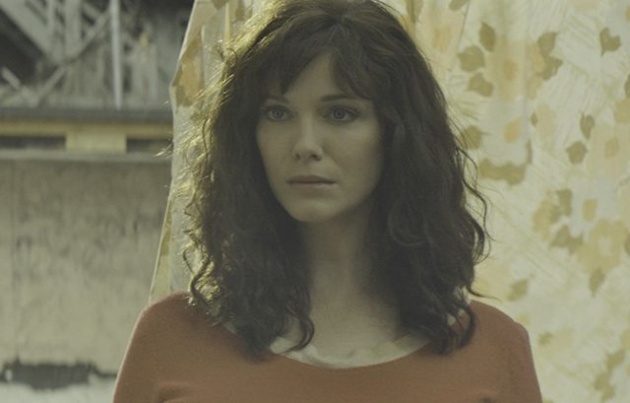 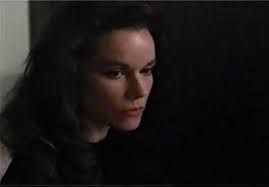 Compare and contrast: Christina Hendricks in GOD'S POCKET (2014) and Barbara Hershey in PARIS TROUT (1991), both adapted from novels by Pete Dexter

I cannot watch the actor Philip Seymour Hoffman in his posthumously-released work and get choked up. He died prematurely following a misadventure with drugs but I refuse to be one of those writers who invest his final performances with portent. ‘He was on the verge of death filming [insert title here], look at the aching sadness he conveys.’ If someone wrote such a line, it’s a lie. Of course, he’s sad and drunk - he’s acting. In his next role, he might be the happy uncle or the narcissistic über villain.

As I watched GOD’S POCKET which featured one of his last screen roles, I divorced myself from the circumstances of his death as if I knew nothing about him. This was quite easy because in fact I do know nothing about him, that is, beyond his professional credits. Stars we think we know, but actors are mysterious – and why not? We want to know stars; that is part of their fascination, the idol that we aspire to has a fatal flaw (thank goodness). Actors are people whose work we appreciate whom we only notice at premieres by association. ‘X’ is with ‘y’ – that is a chemical formula for dynamite.

I’d like to tell you that GOD’S POCKET, adapted from a novel by Pete Dexter, whose work, PARIS TROUT and THE PAPERBOY, has been previously filmed by Stephen Gyllenhaal and Lee Daniels respectively, is a worthy epitaph for Hoffman. Actually, I don’t know what that means. Hoffman appeared in very few star-making movies, except perhaps CAPOTE. He is what is disparagingly referred to as a character actor which means that he didn’t play variations on a hero.

What Hoffman does here is loan himself out, like a well-thumbed American classic, this time to actor-turned-director John Slattery. I am not familiar with Slattery’s work on the long-running TV series MAD MEN – there are some shows you don’t watch, especially if you don’t catch them at the beginning or appreciate the characters’ pre-history, but I understand that he is a Deal. MAD MEN is set in the 1960s; GOD’S POCKET, another urban drama, but as far removed from the advertising world as you might imagine – and I find myself quoting STAR WARS, ‘I can imagine quite a bit’ – is set perhaps a decade and a half later. There are no pop culture references to anchor you. You notice no one has a cell phone and that a good casket costs $5,995, but it doesn’t matter too much. Poor, neglected neighbourhoods – at least those in movies – don’t ring the changes very frequently.

Like PARIS TROUT and THE PAPERBOY, GOD’S POCKET features the twin drivers of racism and desire. Unlike those films, it isn’t set in the South, rather an Irish neighbourhood in Philadelphia. Leon (Caleb Landry Jones) a young, razor wielding day labourer is killed by an elderly African American worker whom he provoked during a break. His colleagues and boss cover it up; it was an accident, a chain fell on him. However, his mother, Jeanie (Christina Hendricks) isn’t convinced. She asks her second husband, Mickey (Hoffman) who is trying to raise the money for his funeral to look into it. He contacts his buddy, Arthur (John Turturro) who is indebted to a gangster for twenty large to ask said gangster to look into it. He sends a couple of his heavies to talk to the boss, with, ahem, unexpected results. Meanwhile a drunken newspaper columnist, Richard Shellburn (Richard Jenkins) sent to investigate the story falls for the grieving mother. He wants to show her his house in the country – cue something equally unexpected. Eddie Marsan rounds out the cast as an unsympathetic funeral director. How unsympathetic? Try telling him you have spent $1,400 towards a $6,000 backing the wrong horse (Turning Leaf) – see how he responds.

As with THE PAPERBOY, GOD’S POCKET doesn’t really have an anchor, someone that we root for to make things right. Mickey, Hoffman’s flailing, flawed, petty criminal is the closest we have, but the film isn’t, as they say, from his point of view. We are at once immersed in and outside a community that operates by its own roles. Sure, a character can take a bribe, but he’s not supposed to ask questions, otherwise it’s a blow to the chest.

Perhaps one might argue that Jeanie is the heart of the film. She does not stop the columnist Richard making eyes at her – and then some. Startlingly beautiful, though encouraged to give a passive performance, Hendricks is a ringer for Barbara Hershey, the female star of PARIS TROUT.

Richard tells us that the people in God’s Pocket (the titular neighbourhood) steal from each other and set each other’s houses on fire but collectively resent outsiders. There are some surprising outcomes. The real star of the film is not Hoffman but Joyce Van Patten who plays Arthur’s Aunt Sophie. She doesn’t take intimidation lightly.

Mickey is a sad loser, never far from a half pint of beer and a desperate decision, but he’s not a character with an epiphany. In the climax, he tries to do the right thing, but he’s not a hero. He stands to one side, watched by another, knowing a chapter in his life has closed. In the final scene, characters brace themselves, preparing for the worst, loudly and insistently, too close for comfort.